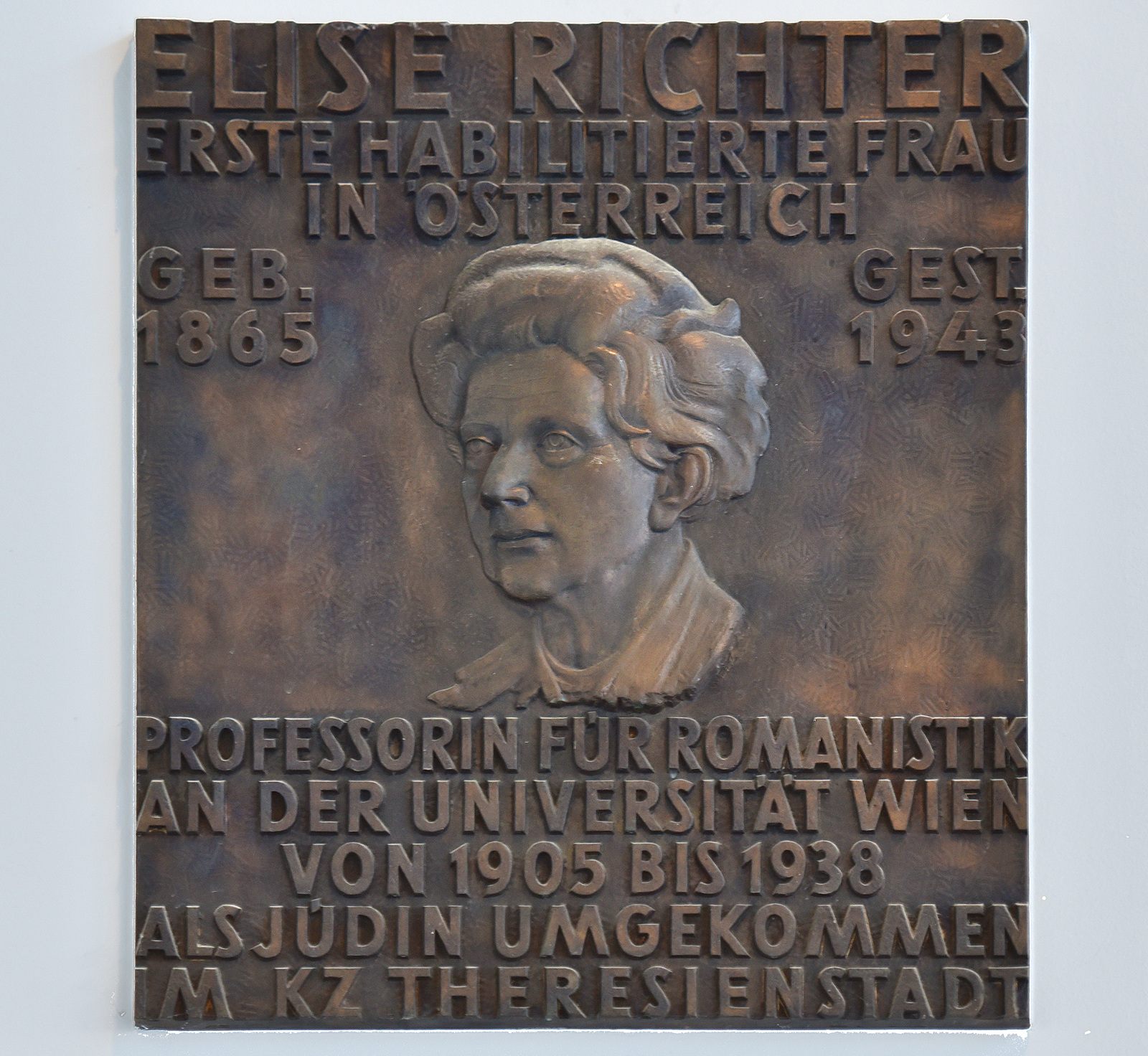 Elise Richter was born in Vienna on March 2, 1865. She was already over 30 when women were at last permitted to complete the Higher School Certificate and study at the University. Elise Richter was the first woman to gain her certificate from a Viennese grammar school, as an external student. She then studied language science at the University of Vienna and graduated with a doctorate in 1901. But obtaining her habilitation (qualification to teach at university level) proved difficult. After a three-year struggle she became the first woman to be awarded the habiliation by ministerial decree. The dean at the time argued against her receiving the venia legendi (permission to lecture) because he thought men would never allow a woman to lecture them.

In 1921 Richter was awarded an associate professorship, admittedly without employment or pay. Nevertheless she was the first woman to achieve this. Nearly half of the board were against her.

Elise Richter was not deterred by the resistance she met in her professional life. In 1928 she took over as Director of the Phonetic Institute at Vienna University and made groundbreaking discoveries in the field of philology, such as the influence of psychology on language.

Even the annexation of Austria into the Reich in 1938 could not make Elise Richter, who came from from a Jewish family, leave Vienna. Elise and her sister Helene, a renowned Anglicist, turned down a final opportunity to emigrate to Great Britain in 1939.

The two sisters were sent to the Theresienstadt concentration camp by the Nazis in 1942. Elise Richter died there in 1943 at the age of 78. A commemorative plaque can be found in the Institute of Romance Philology at the AAKH Campus of Vienna University at Spitalgasse 2 – Hof 8.