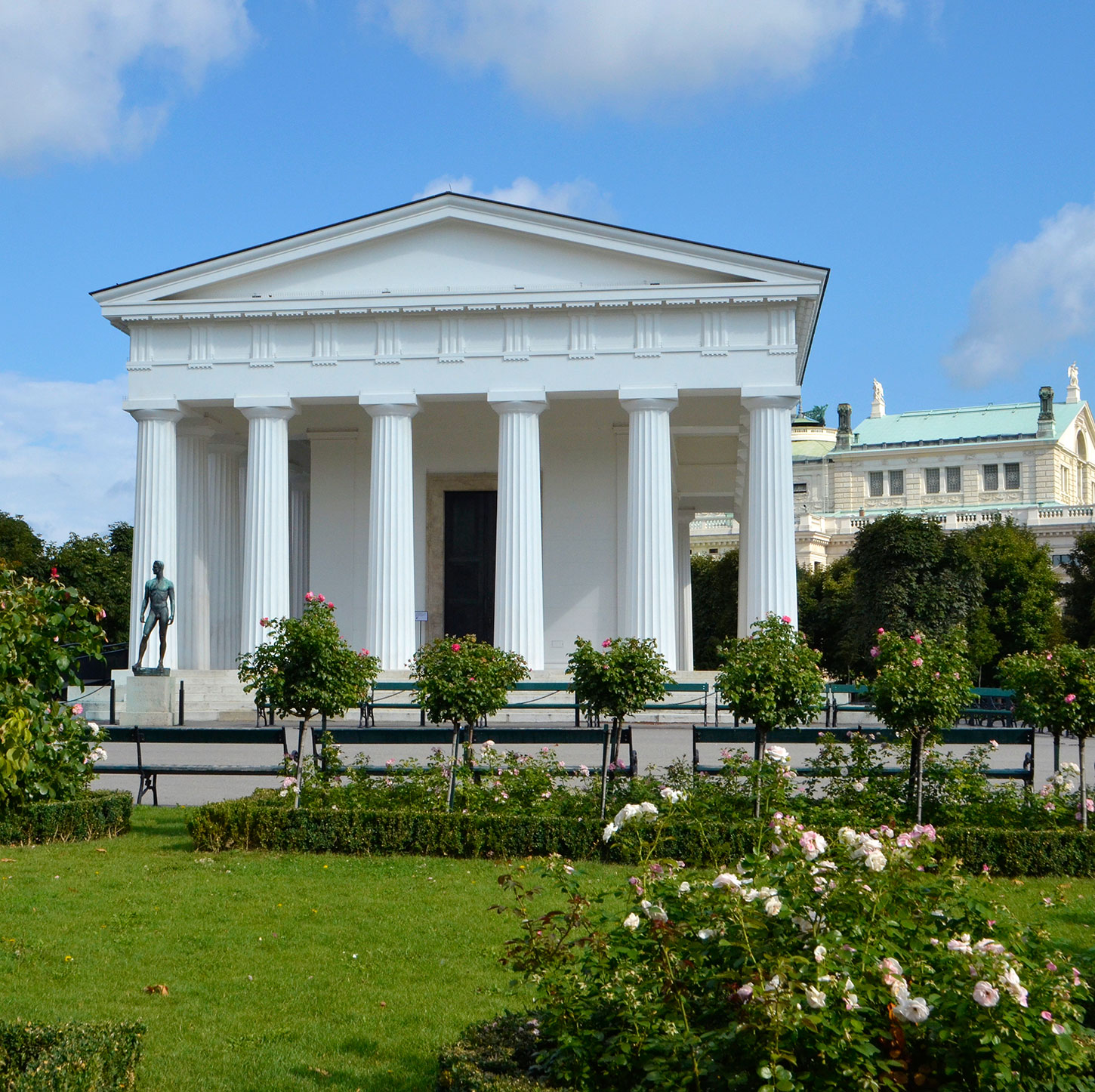 The first public garden in Vienna

Highlight 7 of our walk on Vienna’s Ringstraße is the Volksgarten.

When Napoleon marches into Vienna in 1809, he has part of Vienna’s old city wall blown up. In fact he is doing Emperor Francis I a favour, as the fortification is already outdated from a military standpoint.

The emperor seizes the opportunity. He does not have the Burgbastei in front of the Hofburg rebuilt but instead has a parade ground installed, along with 2 gardens: Burggarten, then a private court garden, and another garden which is the first imperial green space to be made accessible to the public. This is Vienna’s Volksgarten or People’s Garden, which has been a World Cultural Heritage site since 2001.

On March 1, 1823 the opening of Volksgarten is celebrated. But because tensions are mounting between the monarch and his bourgeois opposition, the imperial landscape designers have strict guidelines to follow. The imperial censors’ directive: the Volksgarten must have a geometric layout. Straight paths and no spaces for meetings. The seating is also controlled; until the 1960s those wishing to rest on one of the long row of chairs have to pay the Sesselfrau or chair lady for the privilege.

By the way, the famous roses at Volksgarten are not historic. The large rose gardens with over 100 various types of rose are not planted until after WW2.