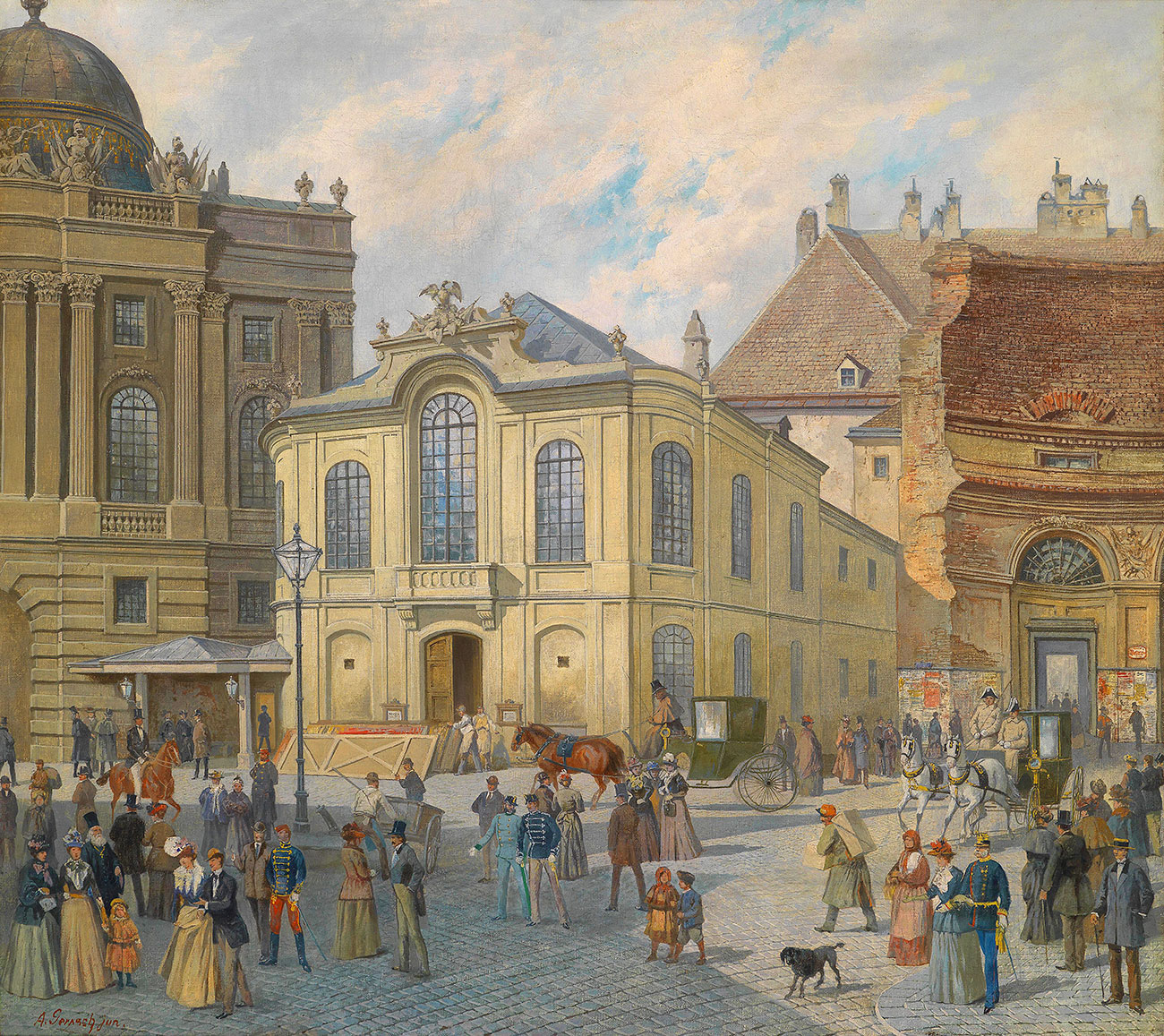 The old theatre on Michaelerplatz

From ball house to Burgtheater

In the 16th century it is a ball house, not a theatre, which stands next to the Hofburg on Michaelerplatz. In this building, erected in 1540, nobles at court enjoy a game similar to tennis.

200 years later, following the death of Emperor Charles VI, his daughter and heir Maria Theresa orders that amusements such a ball games should no longer take place for reasons of piety. In March 1741 the ruler relaxes the rules and has the ball house turned into a theatre.

Maria Theresa even has a new ball house built near to Michaelerplatz. The square on which it stands is called Ballhausplatz today.