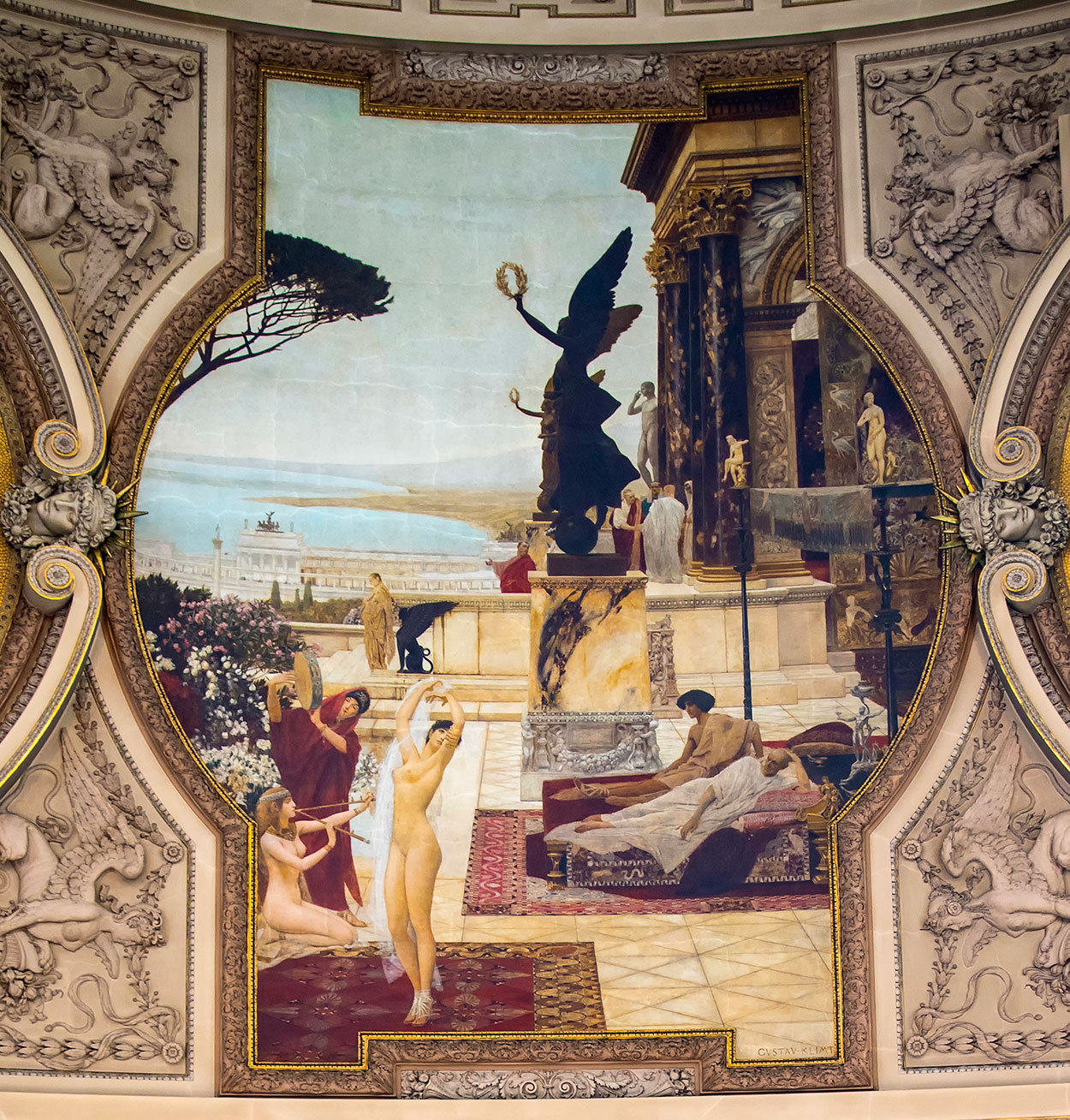 Construction of the theatre on the Ring begins in 1874 and lasts 14 years. If nothing else because no amount of money or labour is spared with the interior furnishings either.

The well-known painter Gustav Klimt along with his brother Ernst and the painter Franz Matsch take on the decoration of the interior rooms.

In the so-called Erzherzogsstiege, the gala stairwell on the same side of the Burgtheater as Café Landtmann, can be found representations of the ancient theatre in Taormina, Sicily and its artists.

In the stair well on the Volksgarten side of the Burgtheater Klimt paints the closing scene of William Shakespeare’s Romeo and Juliet from the Globe Theatre, London This gala stairwell is called “Kaiserstiege” or Emperors steps because it is reserved for the Emperor and members of court.

The painting over the entrance to the auditorium is a depiction of Moliére’s The Hypochondriac. In the background we find Gustav Klimt himself in the company of his 2 colleagues. Emperor Franz Joseph is so enthusiastic about the 3 artists’ work that he awards them the Golden Service Cross.