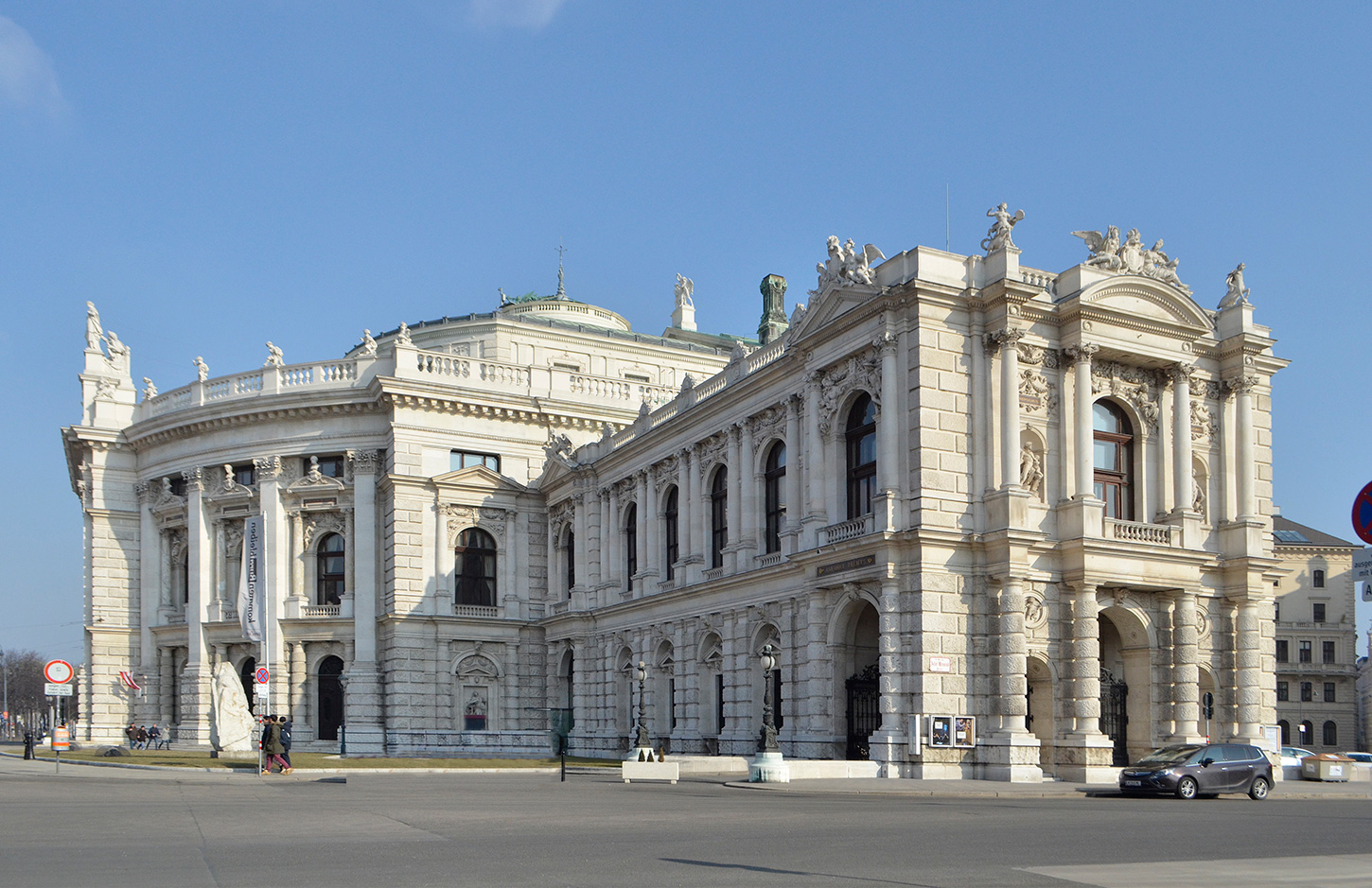 Highlight 8 of our walk on Vienna’s Ringstraße is the Burgtheater.

Vienna’s Burgtheater is second oldest European theatre for straight drama after the Comédie-Francaise in Paris. It is the largest in all the German-speaking countries.

Its history begins around 250 years ago when a “ball house” on Michaelerplatz next to the Hofburg is turned into a theatre, the “Theater nächst der Burg” or Theatre nearest to the Burg. The term “Burgtheater” comes into being a long time after the theatre has moved away from the Hofburg.

But first things first. In 1776 Emperor Joseph II declares the Burgtheater the German National Theatre. And orders that every play should have a happy ending, since he wishes his subjects to be in jovial spirits. Even classics such as Romeo and Juliet are rewritten to include the so-called “Viennese ending”.

When the Michaeler Wing of the Hofburg is completed in the mid-19th century, the Burgtheater must make way. In the course of developing Vienna’s Ringstraße it is decided that a new building should be constructed opposite the City Hall, where the Burgtheater still stands today.

On October 14, 1888 the opening of the new Burgtheater on the Ring is celebrated. Gustav Klimt among others can be secured for the interior decoration. He creates the ceiling paintings over the gala steps.

Today Vienna’s Burgtheater is regarded as the most important theatre for straight drama in the German-speaking countries.