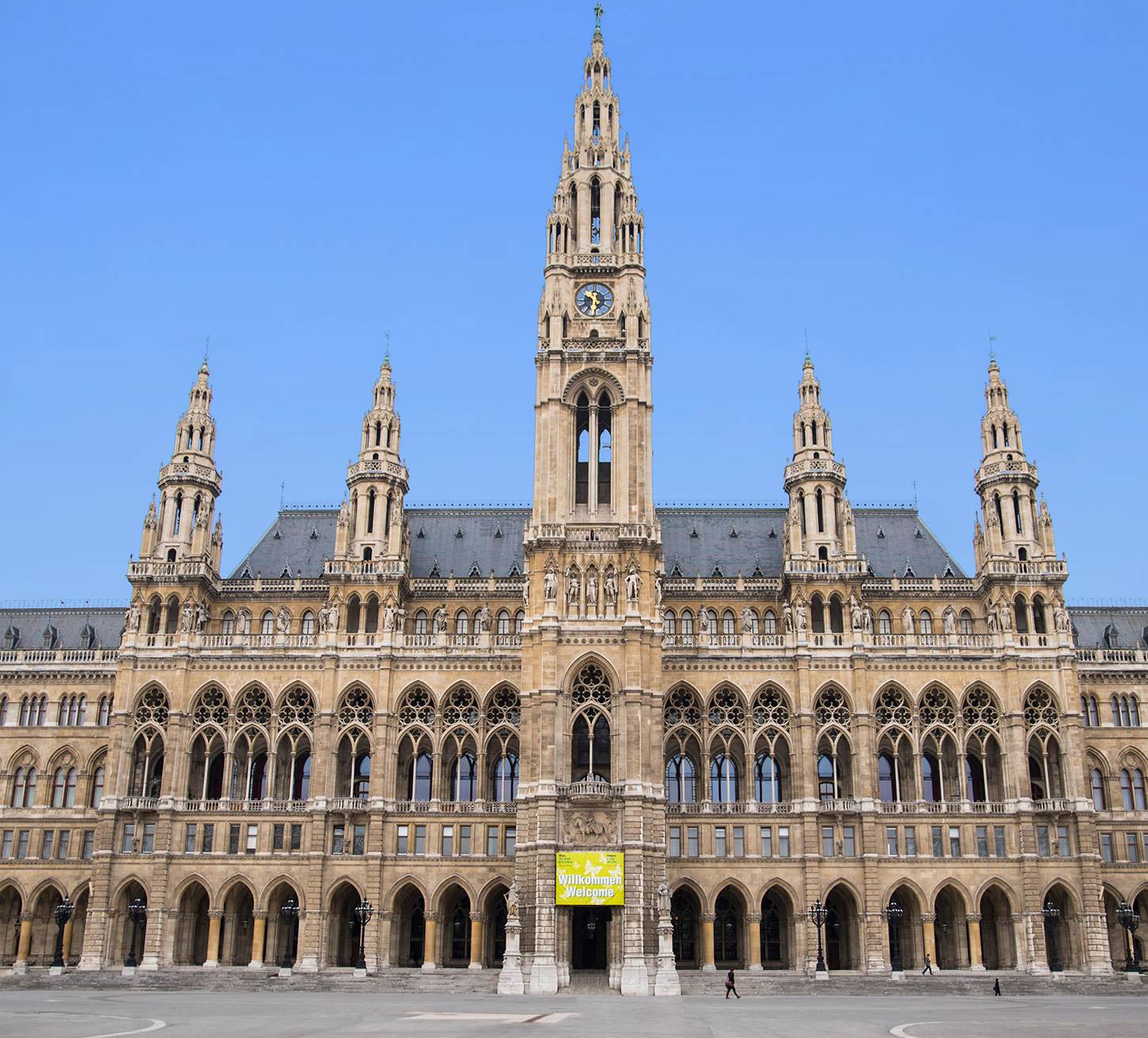 Symbol of the growing force of the people

Highlight 9 of our Ringstraße walk is Vienna City Hall.

When Emperor Franz Joseph I orders the removal of the old city wall, firing the starting gun for the largest urban development project in Europe, a new Rathaus or city hall is also foreseen.

The old city hall in Wipplingerstraße is already too small for the ever increasing administrative workload. In addition the bourgeois opposition takes an ever more confident stand against the Imperial Household in the second half of the 19th century. The new Rathaus should mirror this awakening self-image.

A design by the German architect Friedrich von Schmidt wins the architecture competition in 1868. Schmidt suggests a Gothic building in the Flemish style.

Construction of Vienna City Hall takes 9 years and more than 40,000 m³ of natural stone. On September 12, 1883 the new Rathaus is opened, the local council begins work there in 1885.

Enjoy now the 3 points of interest from Highlight 9 “Vienna City Hall” and then continue on your tour of Vienna’s Ringstraße. To do so simply follow Universitätsring in the direction of traffic. Highlight 10 of our walk on Vienna’s Ringstraße, ”The University of Vienna”, can be found right next to Rathauspark.