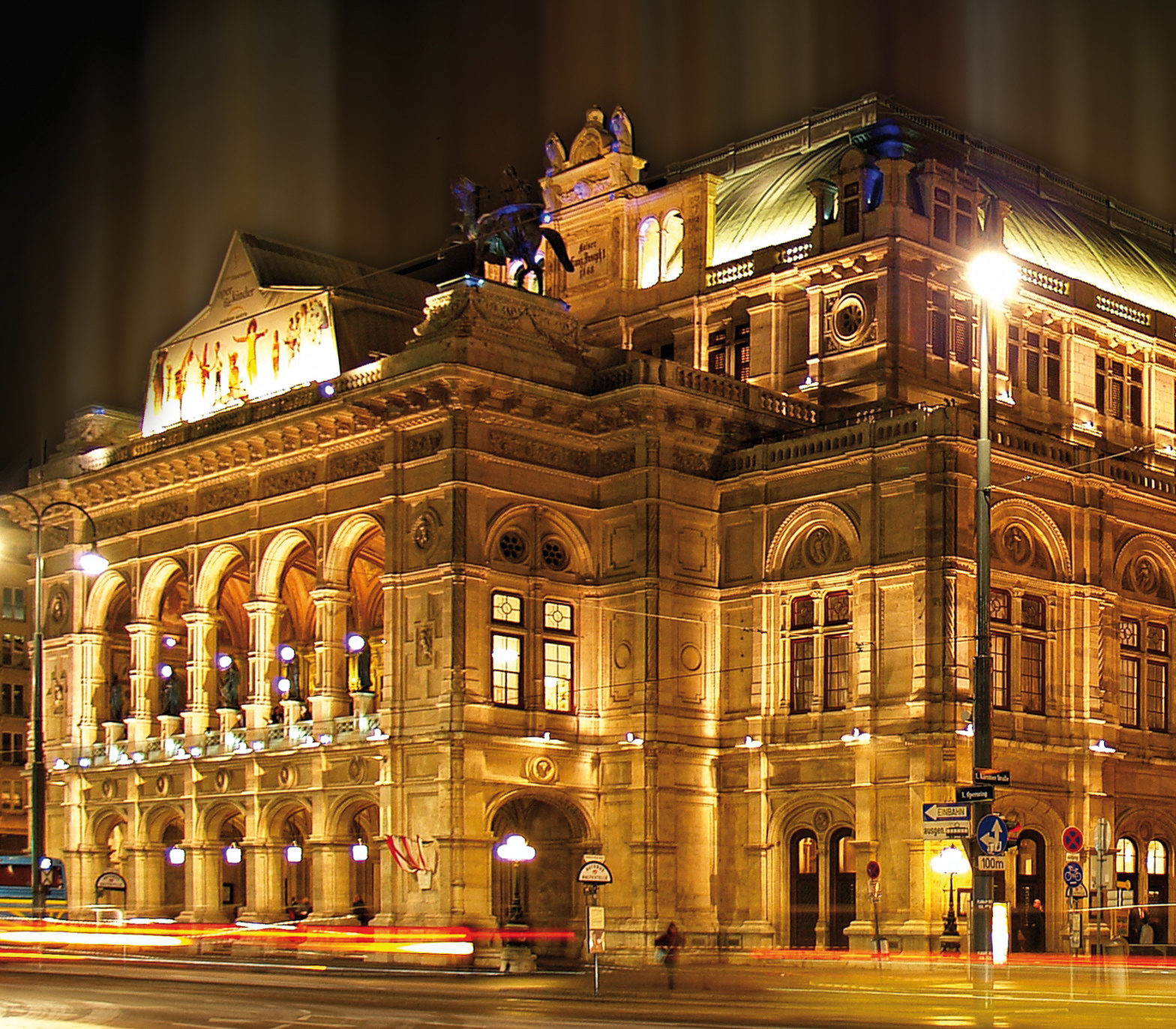 The first house on the Ring

We begin our tour of Vienna’s Ringstraße at one of its most famous attractions: the Wiener Staatsoper.

In 1860 Emperor Franz Joseph announces the building of a new opera house. When the monumental structure, known then as the Royal and Imperial Court Opera Theatre, opens with Mozart’s Don Giovanni, it is the first magnificent building on Vienna’s new Ringstraße. For this reason the Wiener Staatsoper is also known as “the 1st house on the Ring”.

At first the Viennese are admittedly less than enthusiastic. The Court Opera Theatre is described dismissively as a “sunken chest” since the level of Ringstraße is raised more than a metre after construction of the opera house commences. To add to this, the mighty Heinrichshof stands exactly opposite. Heinrich von Drasche, the wealthy brick manufacturer, has commissioned Ringstraße star architect Theophil Hansen with the building of this fancy block of flats shortly beforehand. Incidentally the unimaginable conditions under which thousands have to labour in Drasche’s brickworks bring about Viktor Adler’s founding of Austrian social democracy not long afterwards.

The criticism takes a lot out of both court opera architects, August Sicard von Sicardsburg and Eduard van der Nüll, and neither one lives to see the opening of their life’s work. Van der Nüll commits suicide in April of 1868 and Sicardsburg dies of a heart attack just under 10 weeks later.

Emperor Franz Joseph, who at first is no more sparing with his criticism of the Court Opera Theatre, is shocked. From now on he responds to all new art phenomena with the now famous phrase, ”it was very nice, I was very pleased”.

During WW2 the court opera is severely damaged. Rebuilding takes 10 years. In 1955 the reopening of the opera house, from now on called the “Wiener Staatsoper” (Vienna State Opera), is celebrated with Ludwig van Beethoven’s Fidelio.

Enjoy now the 3 points of interest from Highlight 1 “The Wiener Staatsoper” and then continue your walk on Vienna’s Ringstraße. In order to do so, cross Opernring and go up Operngasse. Turn right onto Nibelungengasse and continue until Schillerplatz. On Schillerplatz you will find Highlight 2: the Academy of Fine Arts Vienna.