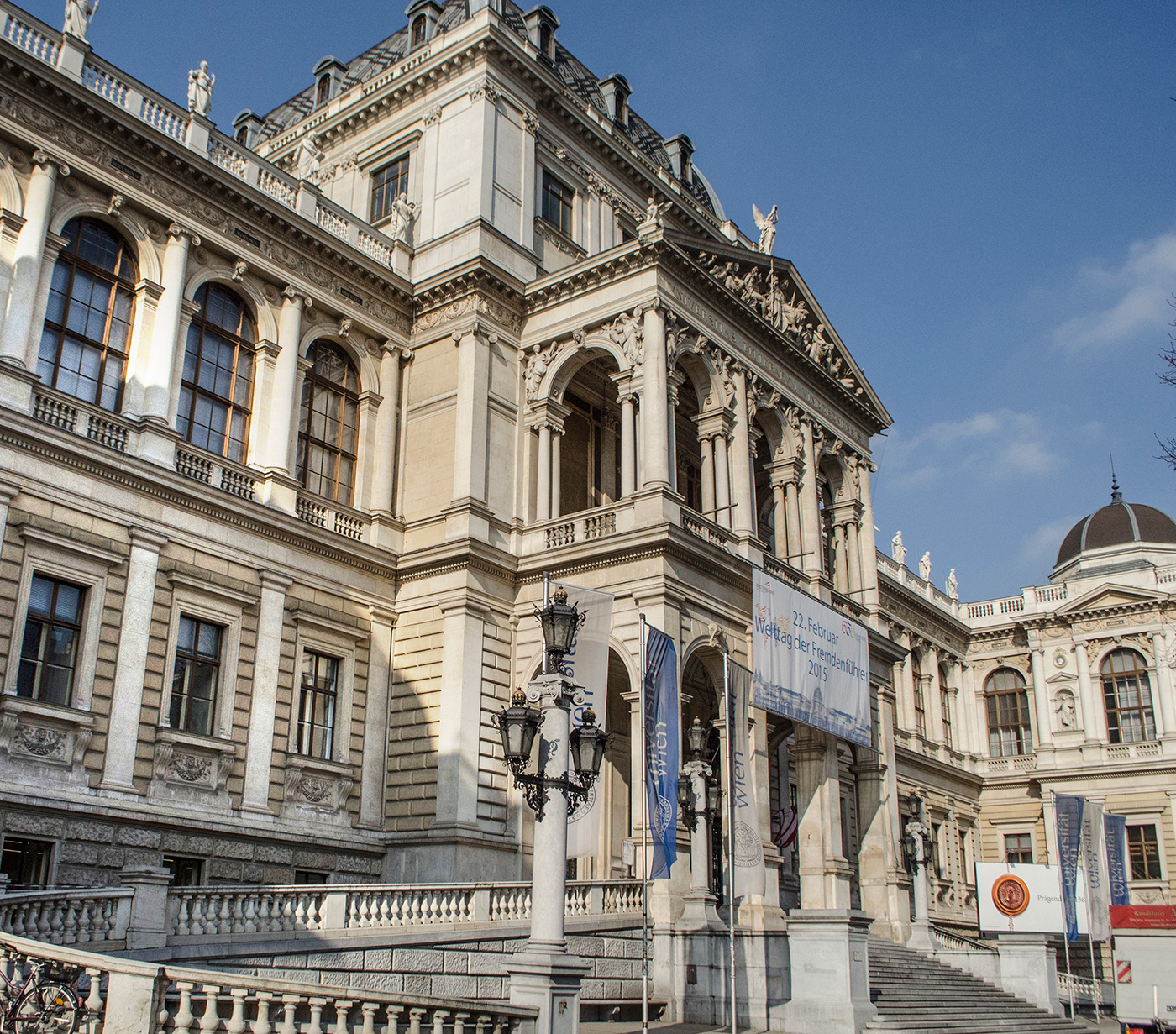 The University of Vienna

One of the oldest universities in the world

Highlight 10 of our walk on Vienna’s Ringstraße is the University of Vienna.

He has a famous model from his own family in mind; a few years previously, on April 7, 1348, Rudolph’s father-in-law Charles IV founds and gives his name to the Charles University in Prague.

In the beginning the most important faculty is theology, since in the 14th century universities can only be founded with the Pope’s permission. Maria Theresa is the first to push back the dominating influence of the Catholic Church in the 18th century. She transforms the University of Vienna into a state institution and assigns her personal physician, Gerard van Swieten, the job of building up the secular departments.

Joseph II continues the reform begun by his mother Maria Theresa with vigour. From 1778 Protestants are allowed to apply to study here. Of course this only applies to men. It takes more than 100 years for women to be admitted at the university. Joseph II also sees to it that German is introduced as the language of instruction.

In 1884 Emperor Franz Joseph I opens the new main campus of the University of Vienna, designed by Heinrich von Ferstel, on Vienna’s Ringstraße. At first only men can study here, women are not admitted until 1897.

Today the tables have turned – from 2010 on the number of female doctorate applicants is consistently higher than that of their male colleagues.

Enjoy now the 3 points of interest from Highlight 10 “The University”. Our tour of Vienna’s Ringstraße ends here. We hope you have enjoyed our selection of stories and details. You can download other beyondarts Art & Culture Guides in your store.