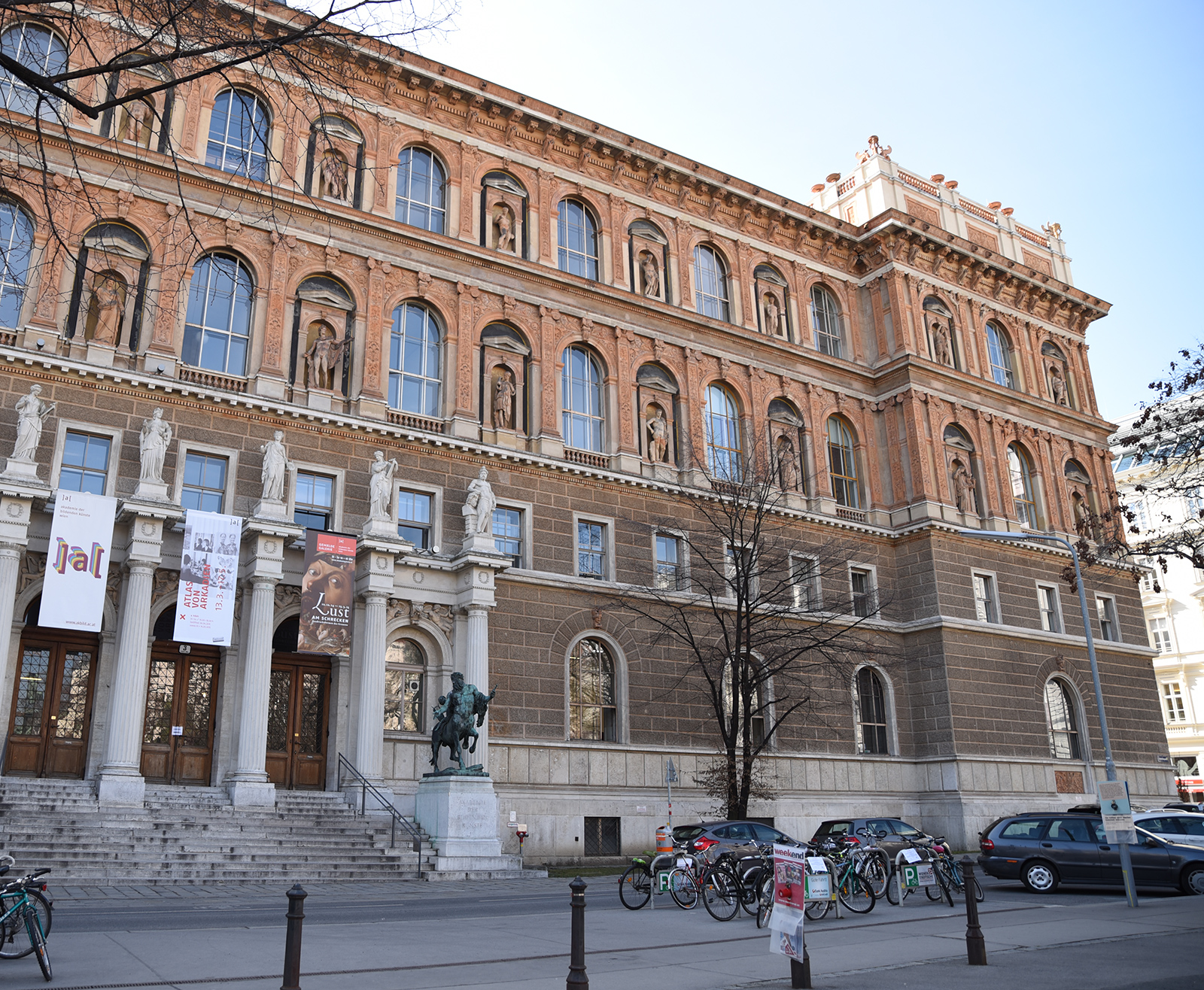 The Academy of Fine Arts

From private institution to imperial academy

Highlight 2 of our Ringstraße walk is the Academy of Fine Arts Vienna on Schillerplatz.

The founding of the Academy of Fine Arts Vienna in 1692 is a private undertaking by court chamber artist Peter Strudel. Emperor Joseph I supports Strudel’s efforts considerably and grants the academy imperial status in 1705.

When Strudel passes away a few years later, the academy loses its authoritative patron. It takes 150 years for a new start to be made. In the course of designing Vienna’s new Ringstraße, Emperor Franz Joseph approves construction of an academy building on the Kalkmarkt (now Schillerplatz) in 1871. The executing architect is Theophil Hansen, who is also responsible for the Austrian Parliament Building.

With his design for the building, which is opened in 1877, Hansen deliberately quotes famous models from the Italian Renaissance and by doing so the epoch in which the revival of ancient archetypes had an impact on nearly all artistic fields.

Enjoy now the 3 points of interest from Highlight 2 “The Academy of Fine Arts” and then continue on your tour of Vienna’s Ringstraße. In order to do so simply return to Ringstraße and follow Opernring in the direction of traffic until you reach Burgring. Maria-Theresien-Platz is on your left. On Maria-Theresien-Platz lie both museums from Highlight 3 of our Ringstraße walk: the Kunsthistorisches Museum and Naturhistorisches Museum.