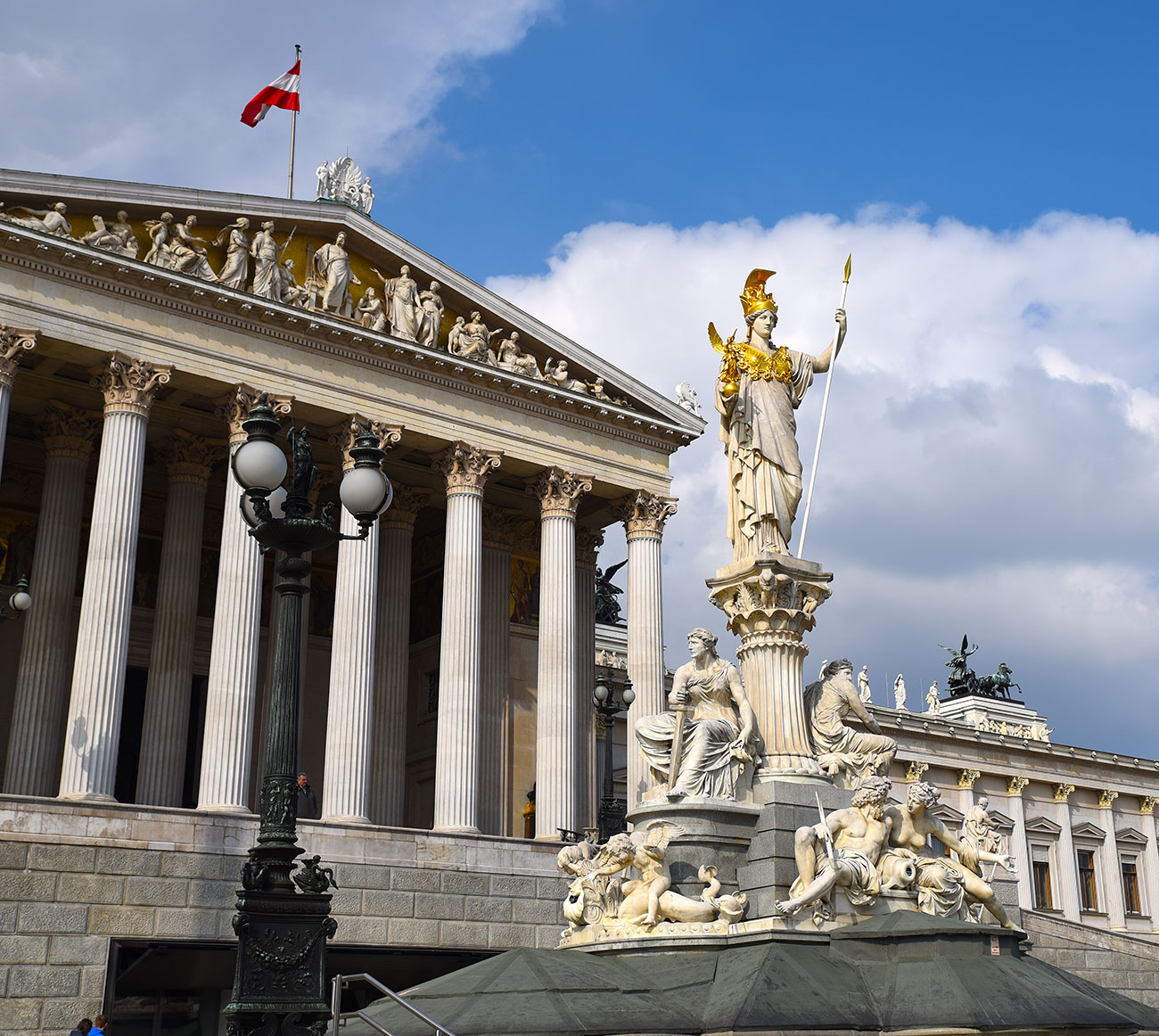 Athena and the fountain

Architect Theophil Hansen, after an 8-year stint in Athens, designs the Austrian Parliament Building in the style of Classical Antiquity. A device common to the Classical architecture from the Ringstraße era is the representation of great concepts through female allegorical figures.

And so, in accordance with Hansen’s plans, a 5.5 m high statue of Athena, the goddess of wisdom is erected in front of the Austrian Parliament Building, known at the time as the Reichsrat. A symbolic figure for the still fairly new idea of parliamentarianism in the Austro-Hungarian monarchy.

A saying about her develops among the Viennese. That the statue of the goddess of wisdom stands in front of the building since it has no place within.

2 figures sit at Athena’s feet, representing legislation and enforcement. Beneath we find the fountain with 2 sculpted couples, allegories for the 4 main rivers of the Austro-Hungarian monarchy. The figures facing Ringstraße, a man and a woman, stand for the Inn and the Danube. Those facing Parliament, 2 women, represent the Elbe and the Moldova.