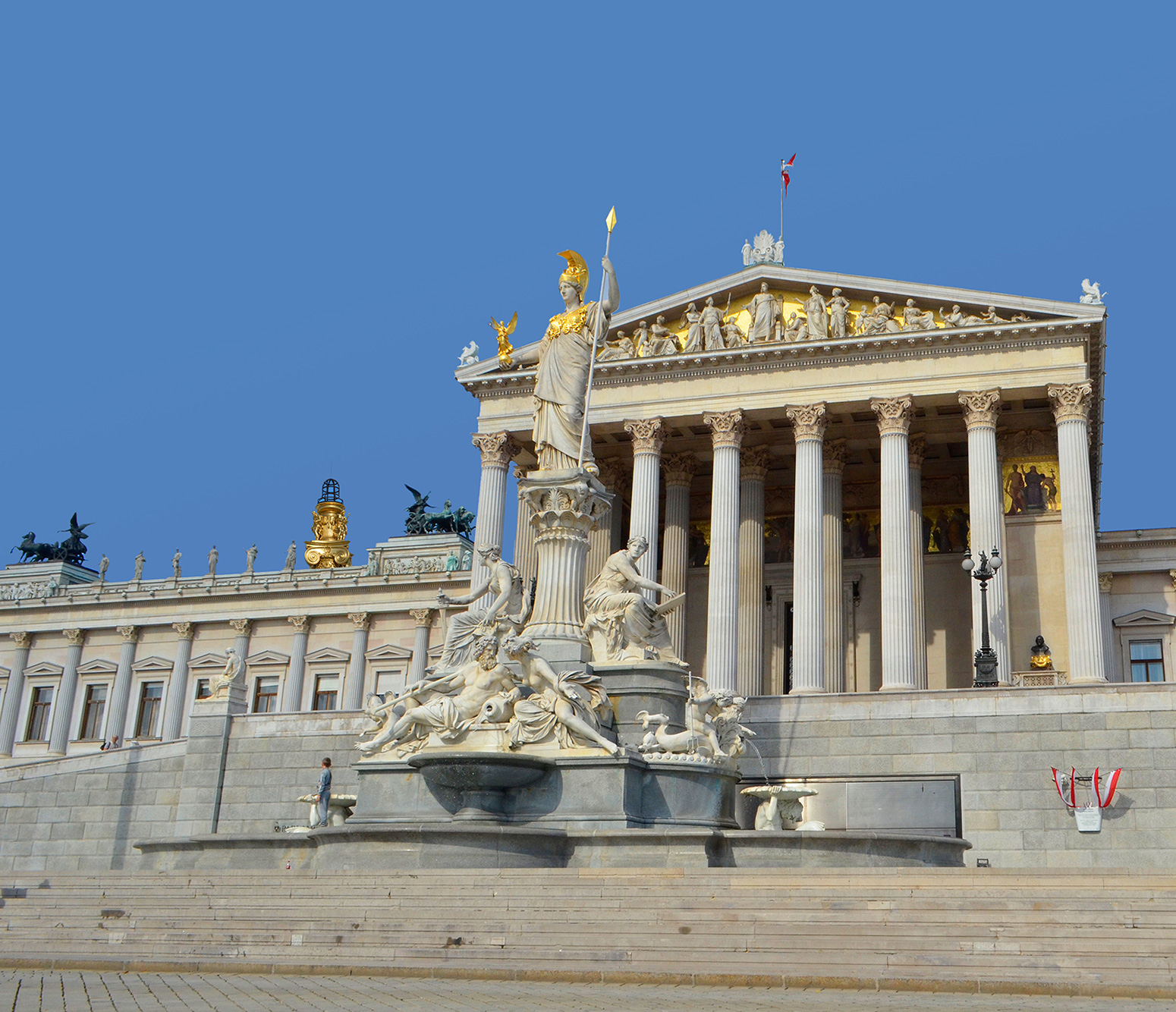 From Imperial Council to National Assembly

Highlight 6 of our walk on Vienna’s Ringstraße is the Austrian Parliament.

In the course of the development of Ringstraße the capital acquires a new parliament building, known at the time as the Reichsrat. The building, conceived in the style of a Greek temple by architect Theophil Hansen, is opened in 1883 after a 10-year construction phase. Among other things, Hansen equips the Parliament Building with Roman-style central heating; its golden chimney can be seen on the roof in the image above.

At first the imperial council of the Austro-Hungarian monarchy meet here. Often it is complete chaos; there are over 500 representatives from every imperial province all delivering addresses in their own tongue. Without interpreters. Constant talking, noise and even physical violence are not unusual here. Today the historic assembly hall is only used for acts of state where the presence of both chambers of parliament is required.

Emperor Franz Joseph does not think much of constitutional monarchy. In his lifetime his only visits the Reichsrat building twice. Nevertheless the monarch is immortalised on the tympanum over the main entrance, in the garb of a Roman emperor. The Viennese’ derogatory term for the relief is “the Emperor in His nightshirt”.

The neighbouring Palais Epstein, serving today after a colourful history as an annex to the Austrian Parliament, is also designed by Theophil Hansen. Palais Epstein is Highlight 5 of our walk on Vienna’s Ringstraße.

Enjoy now the 3 points of interest from Highlight 6 “Parliament” before continuing on your tour of Vienna’s Ringstraße. To do so simply cross Dr.-Karl-Renner-Ring. Highlight 7 of our walk, “Volksgarten”, is on the opposite side.