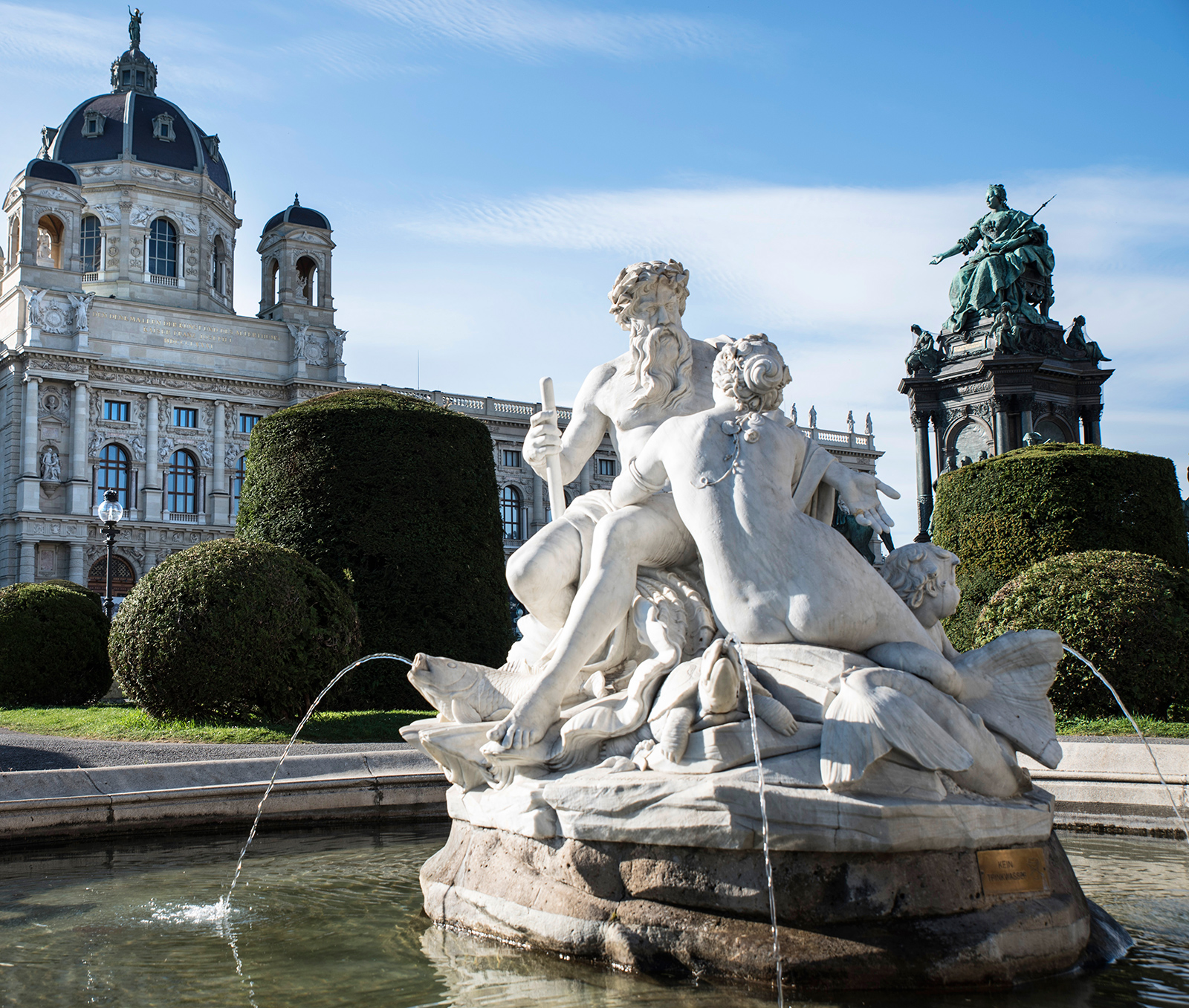 What was left of the Imperial Forum

Both these monumental structures are erected at the end of the 19th century when Vienna’s new Ringstraße is being developed. In 1867 an architectural competition is announced and 34 year old architect Carl von Hasenauer is among the participants. Since the jury members and the master of the works, Emperor Franz Joseph, cannot agree on a project for months, the internationally renowned architect Gottfried Semper is called in.

He reworks Hasenauer’s design and develops it into the so-called Imperial Forum Kaiserforum. As an extension to both museum buildings Semper suggests symmetrically laid structures. The façade of the Leopoldine Wing of the Wiener Hofburg is to be adapted and a new throne room installed there.

But the Imperial Forum is never completed. Gottfried Semper dies in 1879 as does the realisation of these ambitious construction plans. However both museums and the Neue Burg - the part of the Hofburg next to the Burggarten – are finished. The Naturhistorisches Museum is opened in 1889 and the Kunsthistorisches Museum two years later.