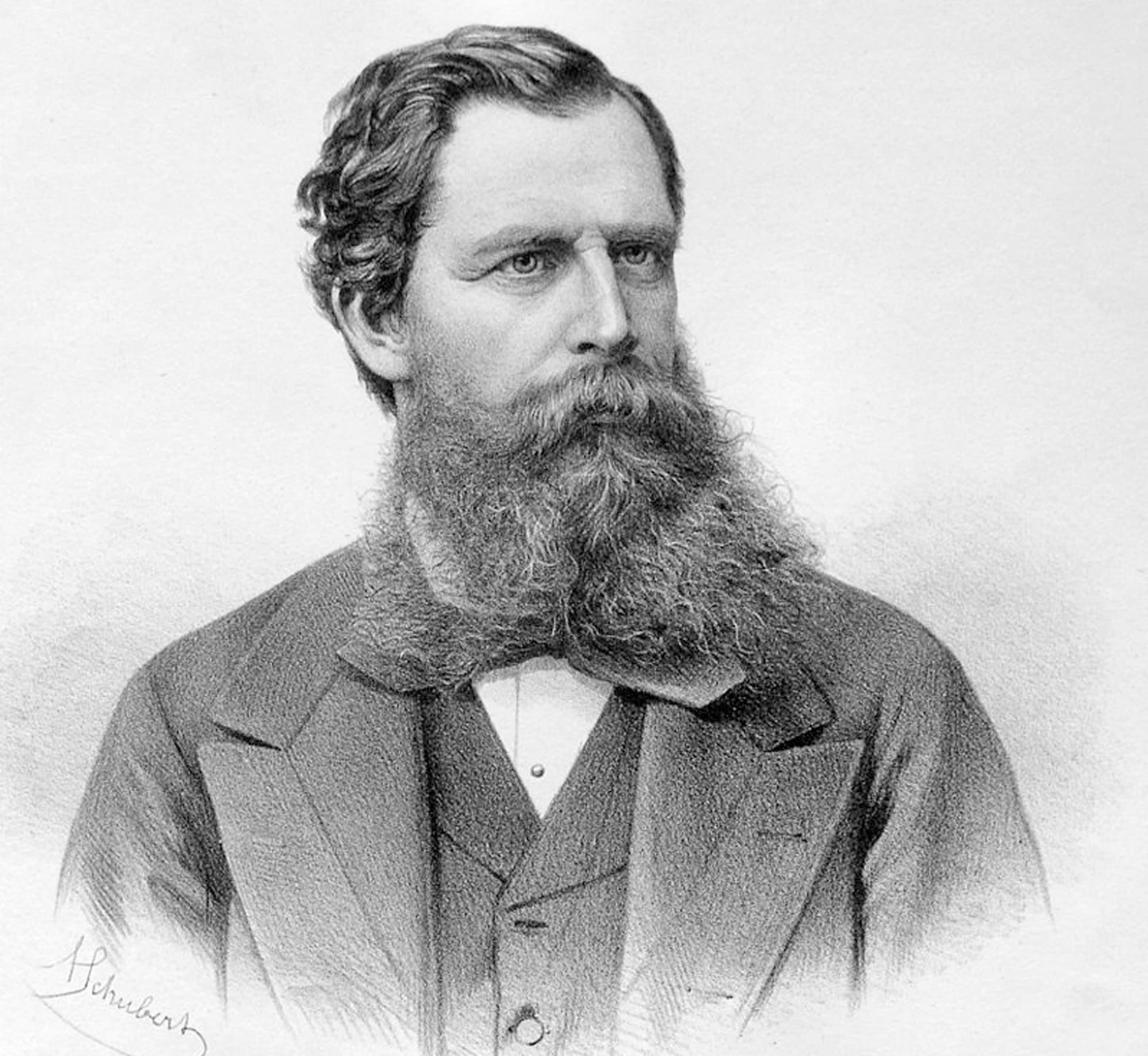 A life lived for architecture

Heinrich von Ferstel was born in 1828 in Vienna, the son of a clerk at the Austrian National Bank. After school he attended the Polytechnic Institute and from 1847 until 1850 he studied architecture at the Academy of Fine Arts.

Although he was approved for an imperial scholarship for Italy, he postponed his departure in order to submit his proposal for the Votive Church in Vienna. Months later in Naples, he received word that he had won the tender. Ferstel immediately travelled back to Vienna and in the same year won the tender for the construction of the Bank and Stock Exchange building.

These two prestigious projects made Ferstel famous overnight and his architectural career took off. With the construction of several monumental buildings on Ringstraße, of which the University is an example, Heinrich von Ferstel became one of the most important exponents of the Ringstraße era.

Ferstel was a success in private housing too. His clientele included members of the Imperial Family, the aristocracy as well as the liberal upper classes and he built a string of representative palais as residential and commercial houses, mostly in the area of the newly-laid Ringstraße.

In 1866, Ferstel was appointed professor at the Polytechnic Institute, later the College of Technology, and in 1880 he took over as rector. He was named an honorary member by the most important academies and institutes in Europe as well as the academy in New York. Furthermore he received numerous orders and recognitions, was made a Viennese citizen of honour and ultimately a knight, then baron.

Ferstel was married and had six children. His eldest son Max grew up to be a successful architect, professor, dean and finally rector of the College of Technology in Vienna, like his father.

In 1883, after an exceedingly busy life, Baron Heinrich von Ferstel died from tuberculosis at the age of only 55 in the villa he built himself in Vienna’s Grinzing district. After his death his son Max completed construction of the University of Vienna.