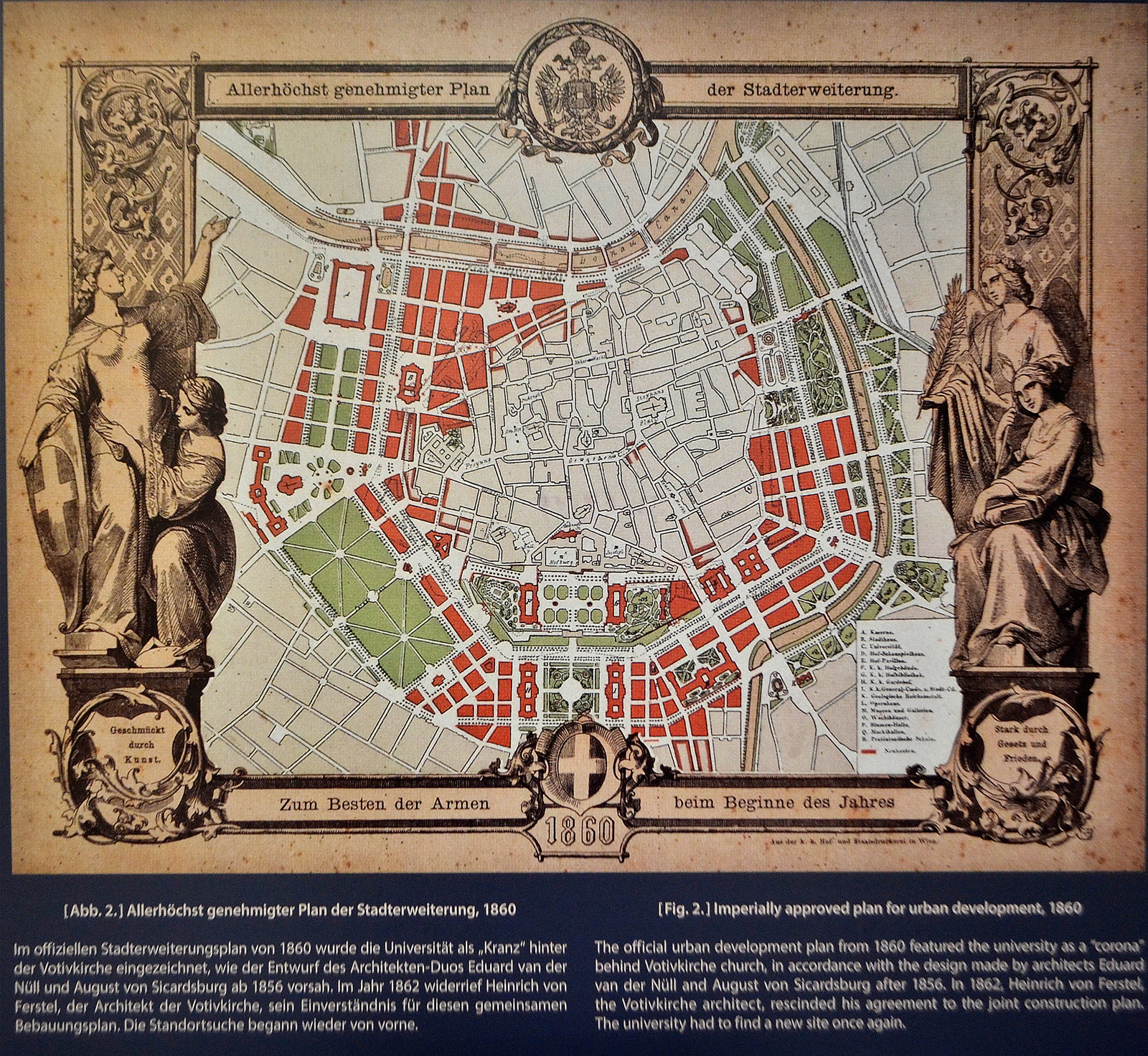 The expansion of Vienna in around 1870

An unprecedented project of monumental proportions

Until the mid-19th century the bastions of Vienna stand on the modern site of Vienna’s Ringstraße. This type of fortification proved very effective during the Second Turkish Siege of 1683. But by the end of the 18th century they are hopelessly outdated from a military point of view and now just hinder traffic.

So Emperor Franz Joseph orders the slighting of the fortifications in 1857. When he opens Vienna’s Ringstraße on May 1, 1865, not many of the splendid buildings it boasts today can yet be seen.

The opening is rather the starting pistol for one of the biggest city planning schemes of the day, where not only the Austro-Hungarian rulers but chiefly the growing Vienna bourgeoisie want to show off.

All the buildings erected, whether public or private, comply with the architectonic appearance of Historicism. The references used by Europe’s architectural elite range from Ancient Greece to the Baroque: for instance Greco-Roman for Parliament, Gothic for the City Hall or Renaissance models for the museums, the Opera and Burgtheater.

Heinrich von Ferstel, already one of the most famous architects of his time, does not compete directly for the tender of the Vienna city expansion plan – he acts in this respect as juror – but develops designs for sections that become important in the course of the expansion.

He makes parcelling plans for the Votive Church Square, erects tenant and residential houses and it is ruled that all further buildings must stick to Ferstel’s predefined concept. With the beautiful Palais of Archduke Ludwig Viktor on Vienna’s Schwarzenbergplatz he creates the precedent for construction of the entire square.

Ferstel also has city planning at heart when considering the most suitable form of urban housing. In his paper “The Middle-Class Residential House and the Viennese Tenement Block” he argues against mass housing in large blocks of flats as this model, in his opinion, encourages the moral degeneration of the city’s residents.