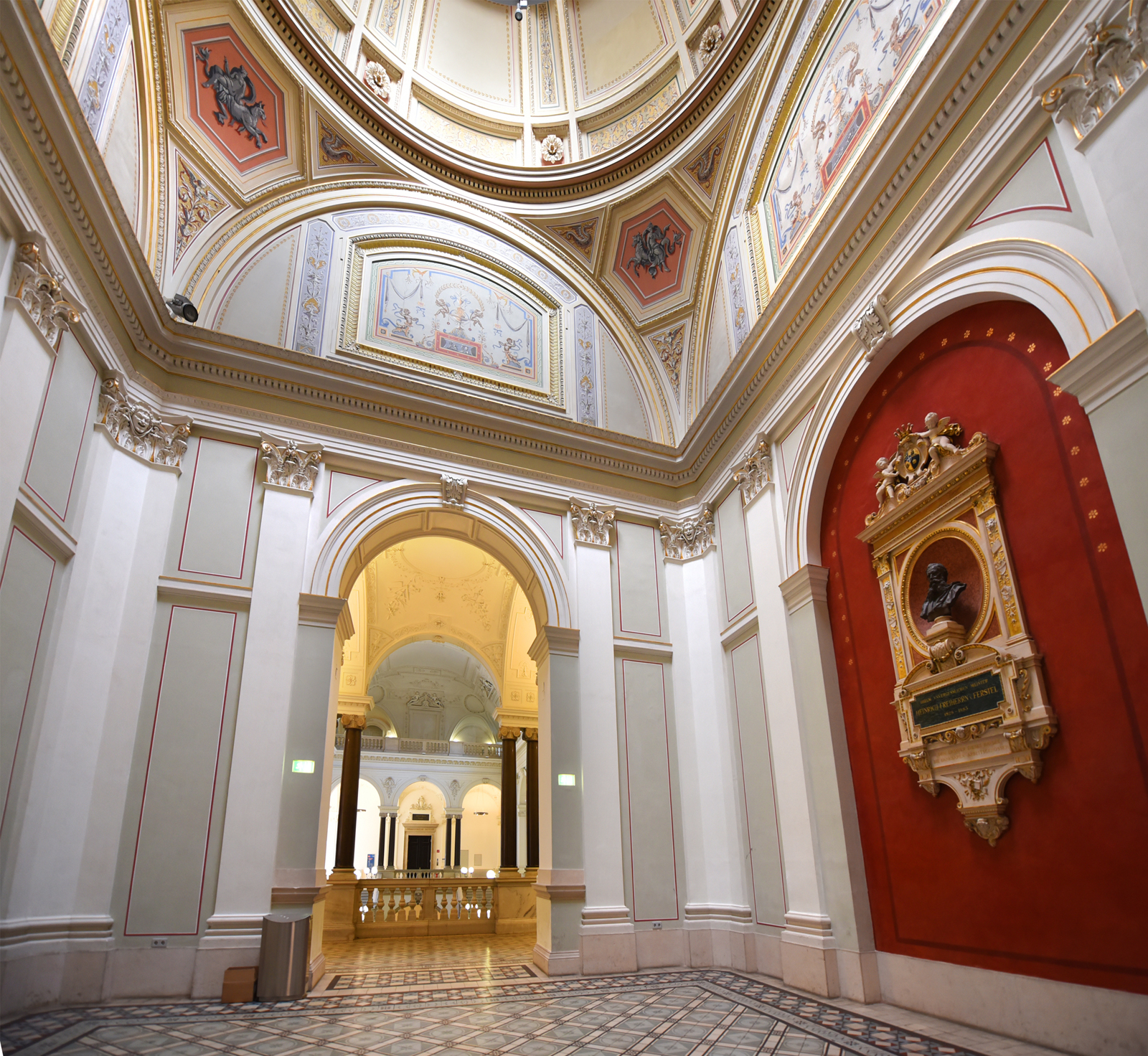 The architect of Vienna University

This bronze bust here in the reception room of the Main Ceremonial Chamber commemorates the University’s architect, Baron Heinrich von Ferstel. The bust was created by Viktor Tilgner. The epitaph decorated with architectural symbols was designed by Ferstel’s pupil Julian Niedzielski.

Ferstel is seen as a prominent exponent of historicism. At the tender age of 27 he won the tender for the Votive Church, the first construction project on the Ring. In the years that followed he was able to realise many important buildings, including monumental structures such as the Austrian Museum for Art and Industry, as well as villas and palais. From 1866 he was professor at the Polytechnikum, today the Technical University.

For the building of Vienna University, Ferstel used Italian universities from the Renaissance Period as a reference. He wished to express the ideal of the totality of all sciences in the form of the four classical faculties - Theology, Jurisprudence, Medicine and Philosophy – in the architectonic layout of the building as well as in its ornamentation. He created four pavilions on the main facade for instance that correspond to the four faculties. And four courtyards in each of the two side tracts.

Heinrich von Ferstel, who became a baron and honorary citizen of Vienna later on in his already successful career, died from tuberculosis in 1883 at the age of only 55.