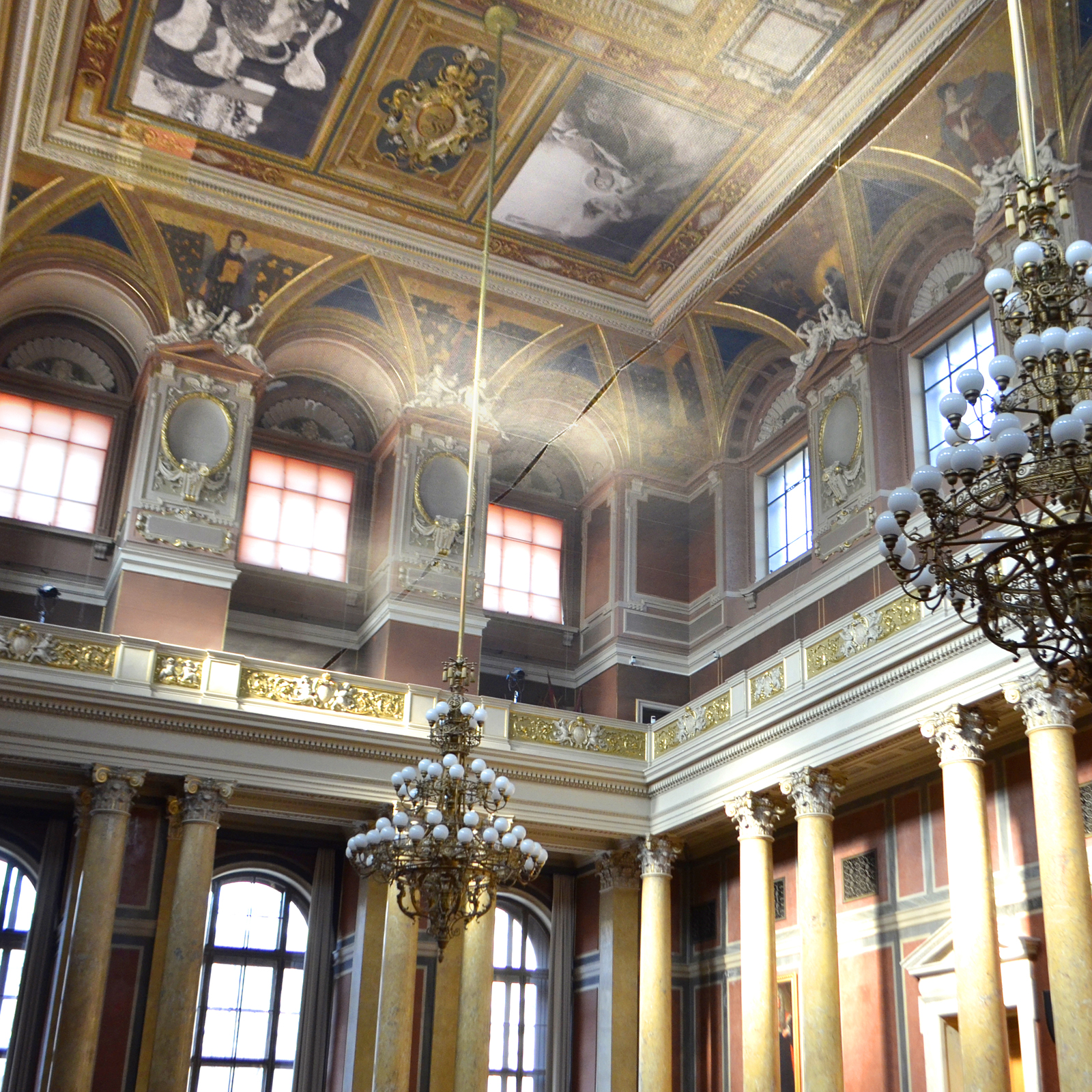 The architect of Vienna University, Heinrich von Ferstel, created the arcaded courtyard as the architectonic centre of the main building. It is here that the paths of communication between the four grand groups of buildings meet: the library wing, the two teaching buildings with lecture halls and institute rooms on the sides and the ceremonial chambers on Ringstraße.

Here, in the piano nobile of the main building of Vienna University, Ferstel included several grand chambers for ceremonious occasions. The Main Ceremonial Chamber can be found behind the door to the right of Ferstel’s epitaph. Over 200 academic functions, honour ceremonies and scientific congresses take place here every year.