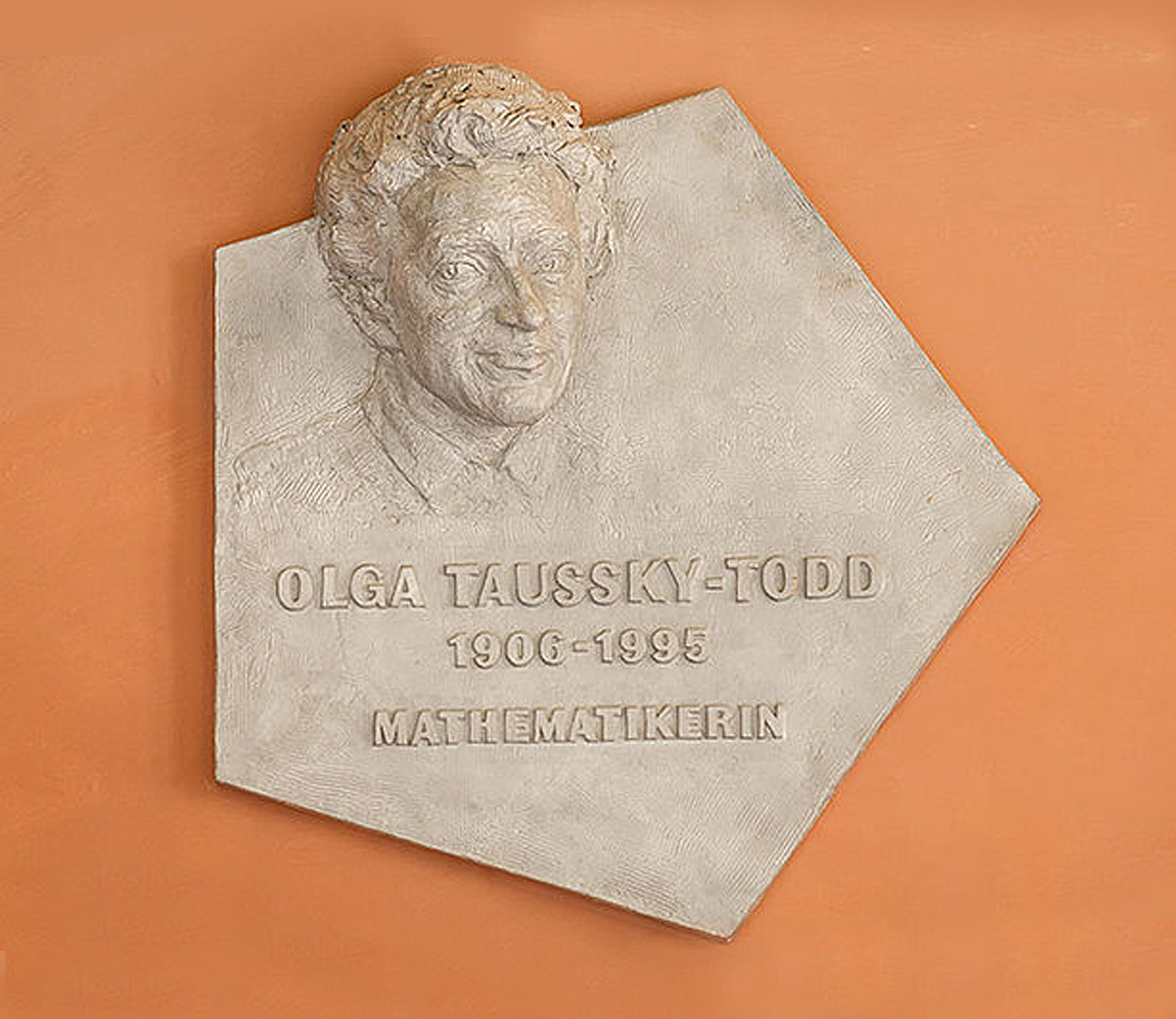 The mathematician in the vinegar factory

Olga Taussky-Todd was born on August 30, 1906 as Olga Taussky in in Olomouc, which was then part of Austro-Hungary and is now in the Czech Republic. She came from a wealthy family and it was her father’s wish that his three daughters be educated in the sciences.

And so Olga was able to study mathematics in Vienna from 1925 to 1930 and completed her dissertation on number theory under Professor Philip Furtwängler. During her time at school in Linz, her father, who was manager of a vinegar factory, entrusted her with mathematical tasks. In order to determine the exact ratio of acetic acid to water, Olga Taussky developed diophantine equations. To help the factory workers understand them she entered the equations into easy-to-read tables.

After her studies Olga Taussky initially stayed on as an instructor at the University of Vienna, before transferring to Göttingen University in 1931, where she was a key collaborator on the redaction of the collected works of the famed mathematician David Hilbert.

From 1934 to 1937 Olga Taussky continued her studies in England at Cambridge University’s Girton College and went on to work at the University of London where she met the man who would become her husband, the Irish mathematician John Todd.

At the start of the Second World War she moved to Belfast, in 1957 she accepted a position at the renowned California Institute of Technology and moved to the US.

Over 200 scientific papers, in particular on linear algebra, matrix theory, numerical mathematics and algebraic number theory made Olga Taussky-Todd one of the most famous mathematicians of the 20th century. She died on October 7, 1995 in Pasadena, California.