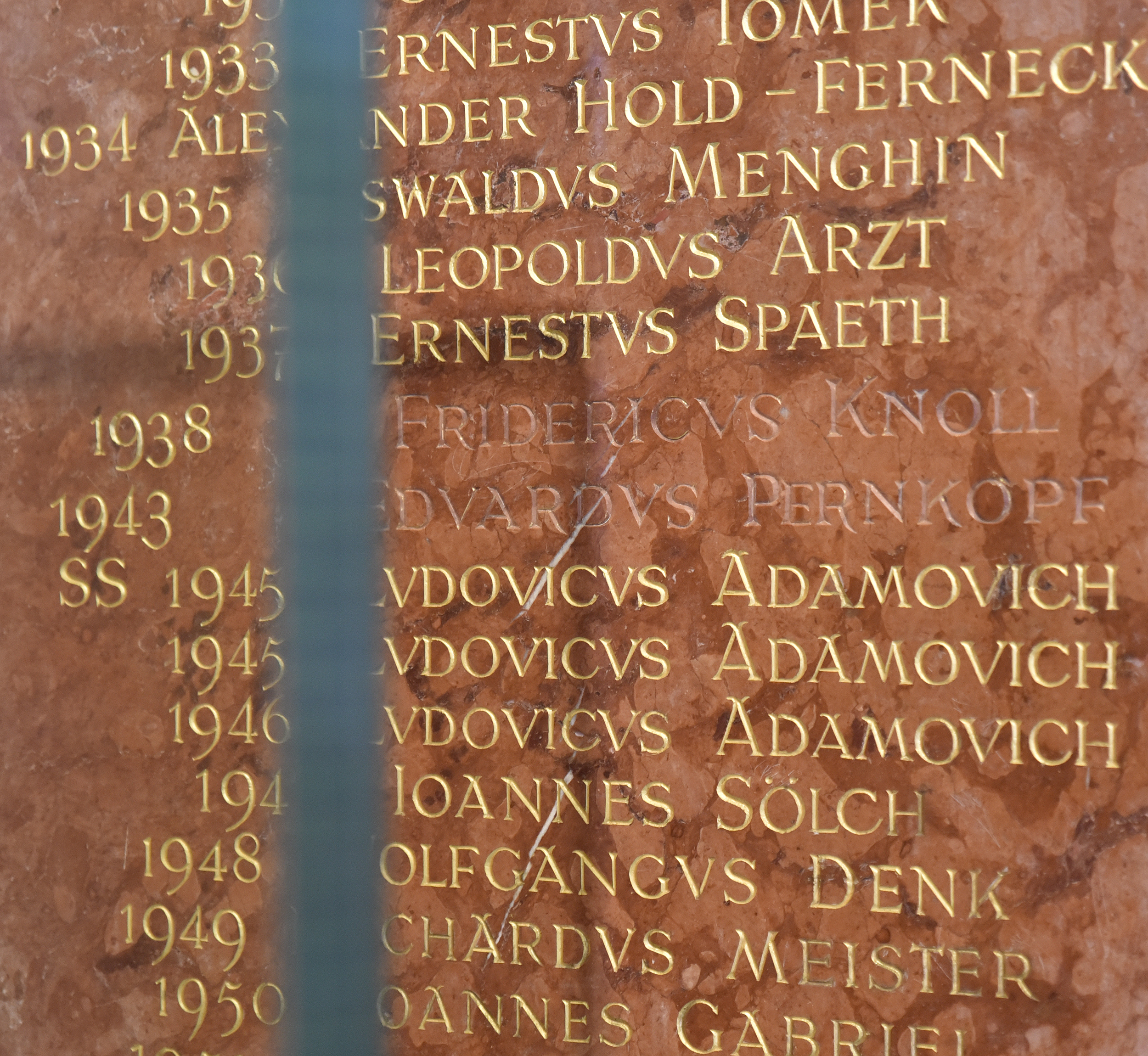 Shown in its proper light

The Marx and Mussard installation

According to historian Herbert Posch, consultant to the project along with Linda Erker, Oliver Rathkolb and Friedrich Stadler: “The intervention and commentary at this central point in the entrance area to the main building represents a vital positioning on the part of the University of Vienna, demonstrating its democratic stance and critical distancing of itself from racist and totalitarian structures and regimes of the past.”

With their light installation Bele Marx and Gilles Mussard aim to draw attention to historical facts that were overlooked, deliberately covered up or long ignored. Gilles Mussard explains the idea behind the project: “Light stands for wisdom, for liberation from ideology and short-sightedness. In teaching, this is the fundamental element – long before the sun analogy of Plato and Sokrates. At the same time there is darkness and shadow in our lives and in our history – one example is the Nazi period.”

Bele Marx explains the artistic concept: “But our installation is not only concerned with the two rectors between 1938 and 1945 – the gold plating has been removed from their names. Before and after them there were also questionable social, political and academic developments and personalities. That is what we want to draw attention to with the transparent glass column, which casts a different shadow according to where you stand. With the installation we would like to fulfil the University’s wish to initiate discourse and invite people to take a closer look at the empty spaces and shadows.”