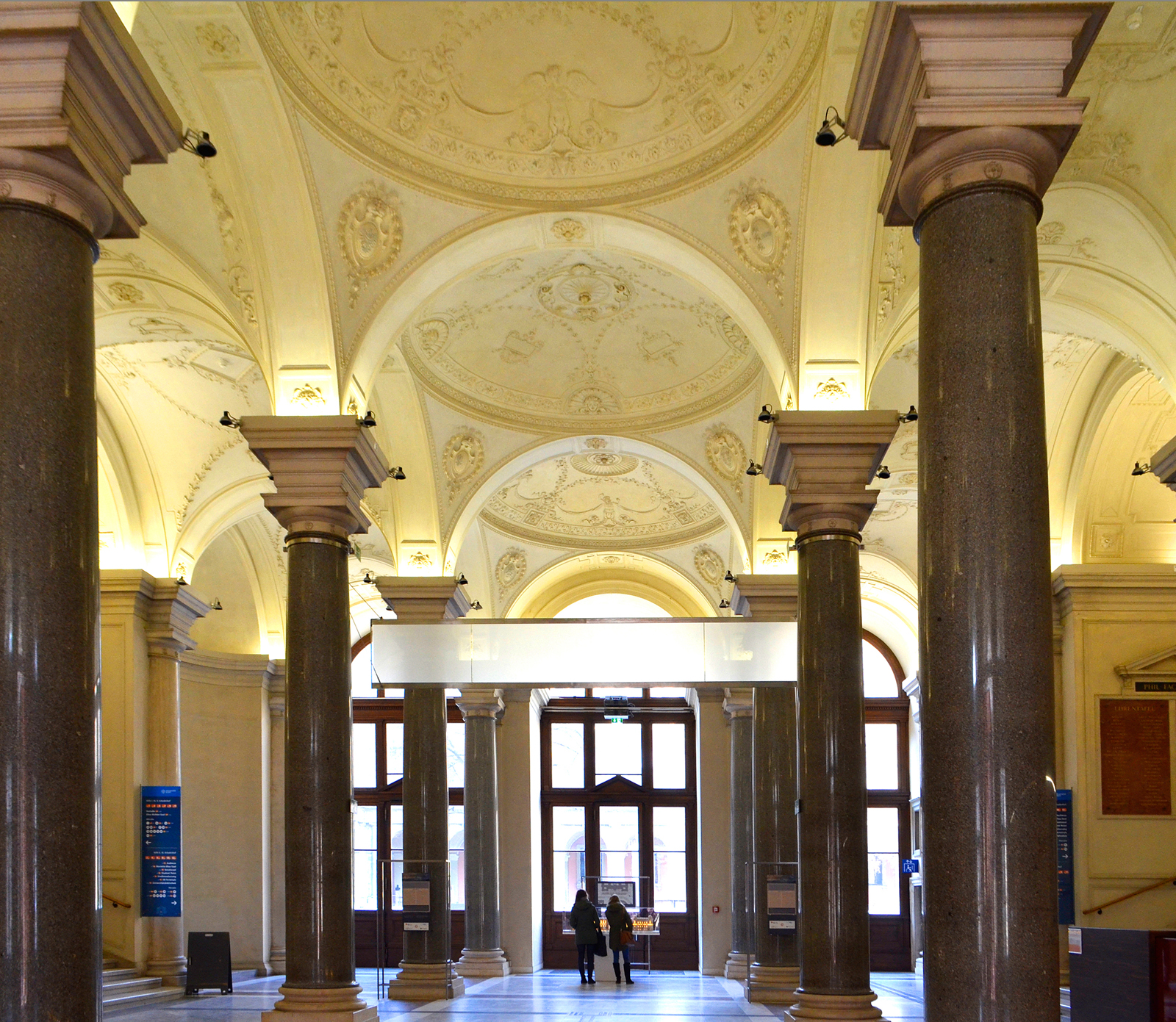 The Aula of Vienna University

A warm welcome to the University of Vienna! You are here in the oldest school of higher learning still in existence in Austria and all the German-speaking countries. In its deed of foundation from March 12, 1365 it states: “That any wise man may become more prudent and an unwise man be drawn to human reason through true knowledge with divine teaching.”

The deed was signed by Archduke Rudolf IV of the House of Habsburg, the founder of the University. And it is named after him: the Alma Mater Rudolphina. For 500 years the University was housed within the old city walls of Vienna. In the 2nd half of the 18th century numerous reforms were made under Maria Theresa and Emperor Joseph II; among other things the University was made into state institution and, despite great success in the sciences, lost its autonomy.

Following university reforms in the course of the 1848 Revolution the Alma Mater Rudolphina developed into a place of free academic, research-led teaching and learning in the Humboldt style. The opening of the new main building by Emperor Franz Joseph I here on the Ring was celebrated on October 11, 1884. The architect Heinrich von Ferstel created a real palace of a university with his magnificent construction in the Neo-Renaissance style.

The Universitätspalast continues to form the historic centre of the Alma Mater Rudolphina. Even if the University is accommodated in a vast number of buildings today, the management, library, lecture halls, admissions, ceremonial chambers and numerous institutes and administrative offices can be found in the main building.

The Aula, where you find yourself right now, was renovated in 2005 along with the arcaded courtyard and is once more an inviting reception area in line with Ferstel’s concept.