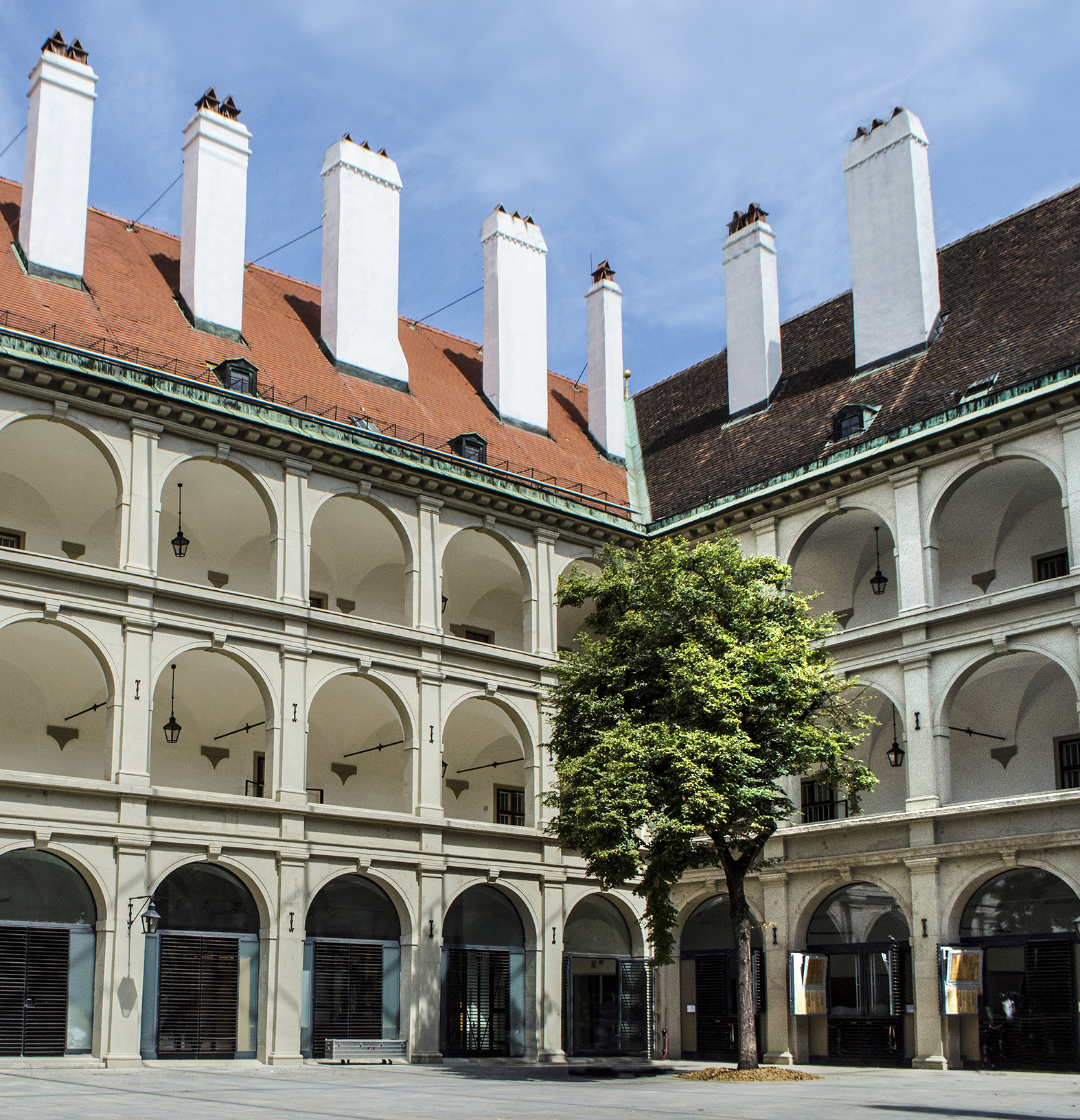 The only Renaissance palace in Vienna

Highlight 2 of our walk through the Vienna Hofburg is the Stallburg.

The Stallburg is located between Josefsplatz and Michaelerplatz and is one of the oldest parts of the Hofburg, to which it is connected via a brick archway which stretches over the Riding School.

The Stallburg has an almost square floor plan and despite its rather simple façade is one of the most beautiful arcades in Vienna. It is also the only remaining Renaissance palace in the Austrian capital.

Construction of the Stallburg dates back to Emperor Ferdinand I (1503-1564). In 1558 he orders the building of a residence for his son, who later becomes Emperor Maximilian II (1527-1576). But when Ferdinand dies Maximilian takes over his father’s dwelling in the Swiss Wing rather than the residence conceived for him. He has the new building converted into court stables for the horses of the Imperial Family, adding more floors a little later. Hence the name “Stallburg” or Stables Palace.

In due course, the Stallburg becomes not only home to the imperial horses, but to the extensive Hapsburg art collections as well.

For instance that of Archduke Leopold Wilhelm, which he brings with him to Vienna in 1656 after his time as Governor of the Spanish Netherlands. At this time the arcades in the upper floors are walled up and windows put in. Nearly 100 years later Emperor Charles VI (1685-1740) has the Imperial Art Gallery installed here - from 1776, the gallery is made accessible to the public for the first time under his daughter, Maria Theresa (1717-1780), in Vienna’s Belvedere Palace.

In 1945, shortly before the end of WW2, the Stallburg is severely damaged by bombing and between 1947 and 1948 reconstructed in the original style. Even the Renaissance arches in the inner courtyard, walled up for over 300 years, are restored to their original state.

Today the ground floor of the Stallburg houses the Baroque stables of the Lipizzan horses from the Spanish Riding School.

Enjoy now the 3 points of interest from Highlight 2, “The Stallburg”, before continuing on your tour of the Vienna Hofburg. You are already in the right place. Highlight 3 is “Josefsplatz”.