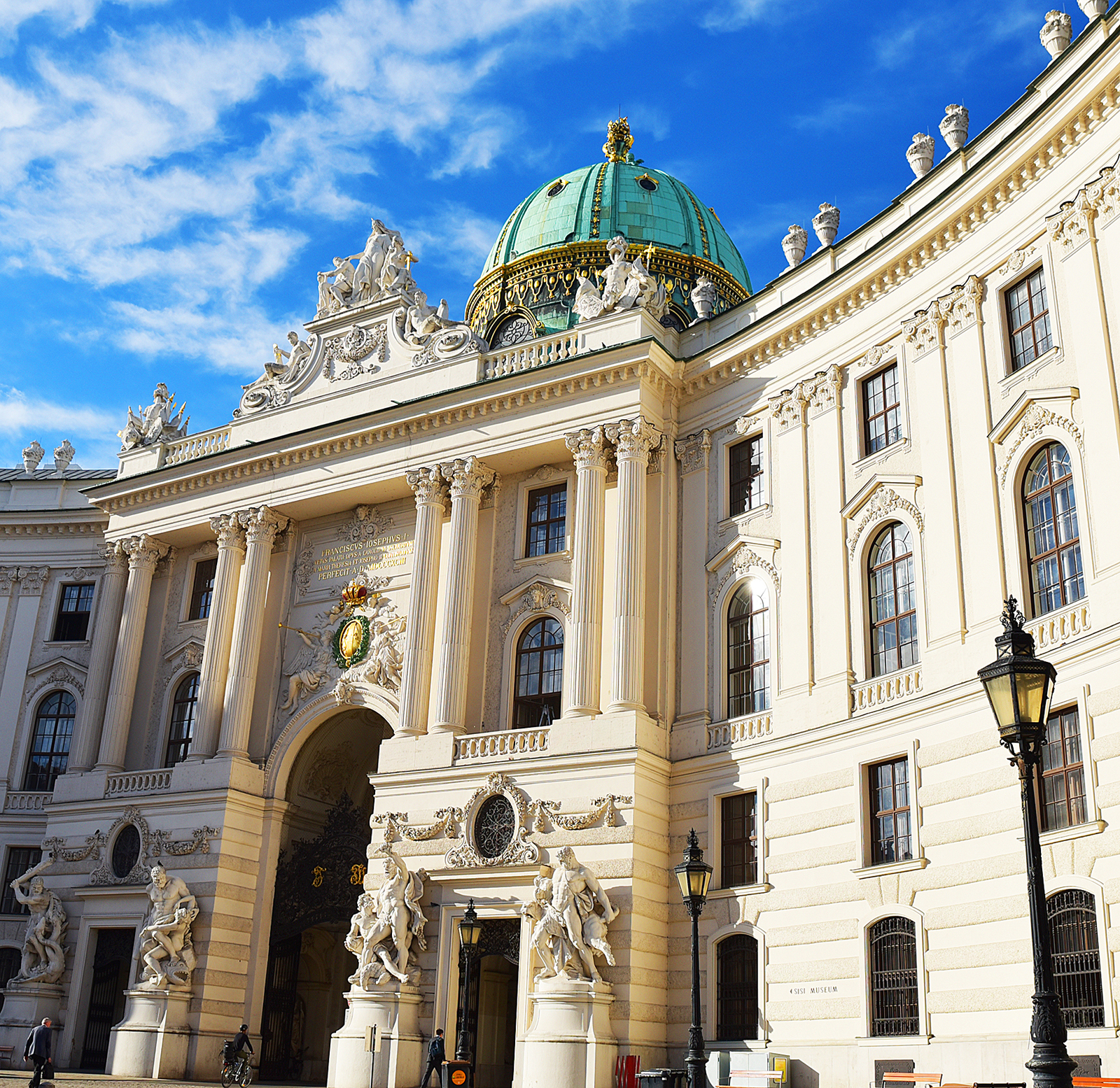 A splendid portal from the Ringstraße era

When the old court theatre on Michaelerplatz is torn down in 1888 the century-old construction plans for the St. Michael’s Wing can finally be fully realised. In 1893 building work is completed under the Burghauptmann or castle captain Ferdinand Kirschner.

Perhaps the most significant feature of the new wing from an art history point of view is the imposing St. Michael’s Gate, the largest portal of its kind in Vienna. The imperial coat of arms, carried by 2 geniuses or guardian spirits from Roman mythology, presides directly above the central gate, which serves as the main entrance to the Vienna Hofburg until the end of the Austro-Hungarian Monarchy.

On either side of the coat of arms are 4 dominant column pairs carrying the central eaves, the so-called main entablature. The groups of figures on it symbolise the 3 virtues thought to befit a monarch at the end of the 19th century: justice, wisdom and strength.

Both entrances on either side of the main gate, principally used by pedestrians, are flanked by 2 monumental Hercules figures. Hercules is a demi-god from Greek mythology famed for his strength. The figures are a homage to the depictions of Hercules created by Italian sculptor Lorenzo Miattielli (1687-1748) 150 years previously on the castle courtyard side of the Imperial Chancellory Wing.