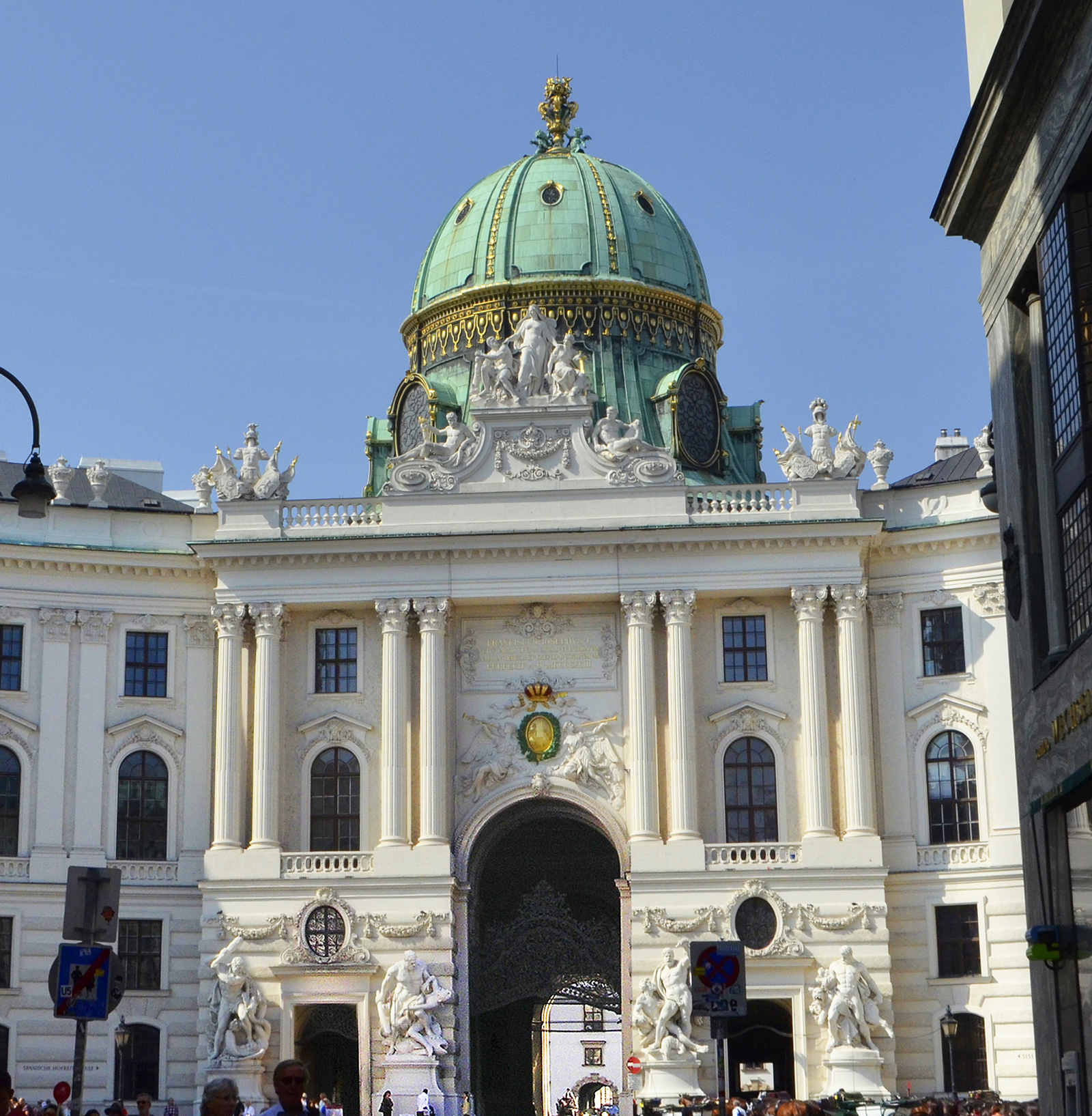 A monumental design for a new building

Highlight 10, the last highlight in our tour through the Vienna Hofburg, is the St. Michael’s Wing.

Each ruler in the Imperial Hapsburg Family tries to put his own stamp on the Vienna Hofburg. And so an extensive complex develops over the centuries, stretching over 240,000 m² in 18 tracts, 19 courts, 54 staircases and 2,600 rooms.

Emperor Charles VI, the father of Maria Theresa, is especially ambitious. He commissions architect Joseph Emanuel Fischer von Erlach, who finishes the Imperial Chancellory Wing in 1730, to create another tract, the St. Michael’s Wing. It is named after the parish church founded by Duke Leopold VI of the House of Babenburg in 1221 which stands on the opposite side of Michaelerplatz. But Fischer von Erlach, who creates a fantastic design, is already forced to halt construction in 1735 due to lack of funds.

For nearly 150 years the St. Michael’s Wing remains incomplete, since the old court theatre in the middle of Michaelerplatz stands in the way of construction.

Under Emperor Ferdinand I (1503-1564) the building is converted into a ball house in which members of aristocratic society enjoy a game similar to tennis. Under Archduchess Maria Theresa (1711-1780) the ball house is transformed into a theatre. Here, over the next 130 years, theatre history is written, with works by Franz Grillparzer, Ludwig van Beethoven, and Wolfgang Amadeus Mozart being performed here for the first time.

It is not until 1888 when the building - known by this time simply as “Burgtheater” - is torn down and theatre and opera performances are moved to new premises on the newly created Vienna Ringstraße that the St. Michael’s Wing of the Vienna Hofburg can be completed.

On the ground floor of the St. Michael’s Wing to the right can be found the entrances to 3 museums: The Imperial Silver Collection, which offers a fascinating glimpse into court table culture, the Sisi Museum, which has numerous personal effects of the famous Empress Elisabeth of Austria (1837-1898), and the Imperial Apartments where the former rooms of Emperor Franz Joseph I and his wife, Empress Elisabeth can be admired. On the ground floor to the left can be found the entrance to the visitors’ centre of the Spanish Riding School.