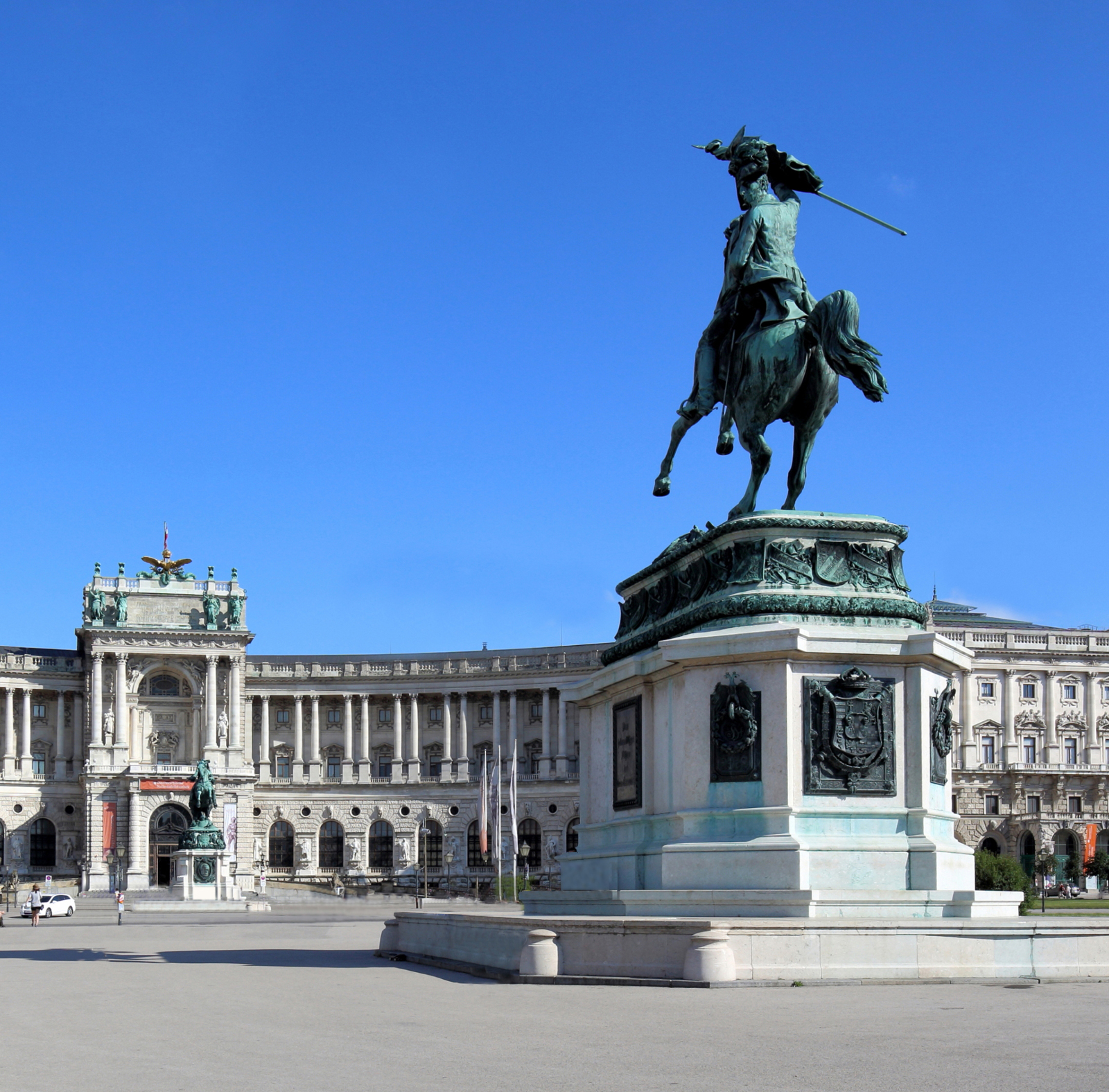 The Neue Burg on Vienna’s Heldenplatz

What remained of the Imperial Forum

Highlight 7 of our walk through the Vienna Hofburg is Heldenplatz and the Neue Burg.

The history of Heldenplatz dates back, albeit unwillingly, to Napoleon. When the French Emperor occupies Vienna in 1809, he has the city wall in front of the Hofburg blown up. A few years later 2 gardens (Burggarten and Volksgarten) and a parade ground are laid on this area, which is known today as Heldenplatz or Heroes’ Square.

And, at the end of the 19th century, the famous architect Gottfried Semper (1803-1879) has an ambitious project in mind for Heldenplatz: the Imperial Forum.

In addition to the Kunsthistorisches Museum and Naturhistorisches Museum erected by Semper in 1871 together with architect Carl von Hasenauer, symmetrically laid structures are planned which would span Vienna’s new Ringstraße and extend as far as Heldenplatz. At the same time the façade of the nearby Leopold Wing is to be adapted and a new throne room installed there.

But the Imperial Forum remains unfinished. Gottfried Semper dies in 1879 and with him the realisation of his ambitious plans. Both museums are completed however. As is the Neue Burg or ’new castle’, the part of Vienna’s Hofburg next to Burggarten, which is constructed between 1879 and 1902 in the Neo-Classicist style.

An elaborate series of figures decorates the Heldenplatz façade of the Neue Burg. Among the 20 sculptures between the ground floor windows symbolising the history of Austria from its beginnings until the 20th century can be found a Roman soldier, a knight and a Viennese citizen. The golden Hapsburg eagle with the Imperial Crown gleams from over the main entrance.

But Heldenplatz and the Neue Burg have more to offer. The Neue Burg is home to 5 museums: the Weltmuseum, the Ephesus Museum, the Papyrus Museum, the Hunting and Arms Chamber and the Collection of Historic Musical Instruments. In addition the Main Reading Room of the Austrian National Library and the entrance to the Hofburg Vienna Congress Centre can be found here.

On Heldenplatz you can find the Outer Burgtor and the bronze equestrian statues of Archduke Charles (1771-1847) and Prince Eugene (1663-1736). Heldenplatz owes its name , which means Heroes’ Square, to the monuments of these war heroes.