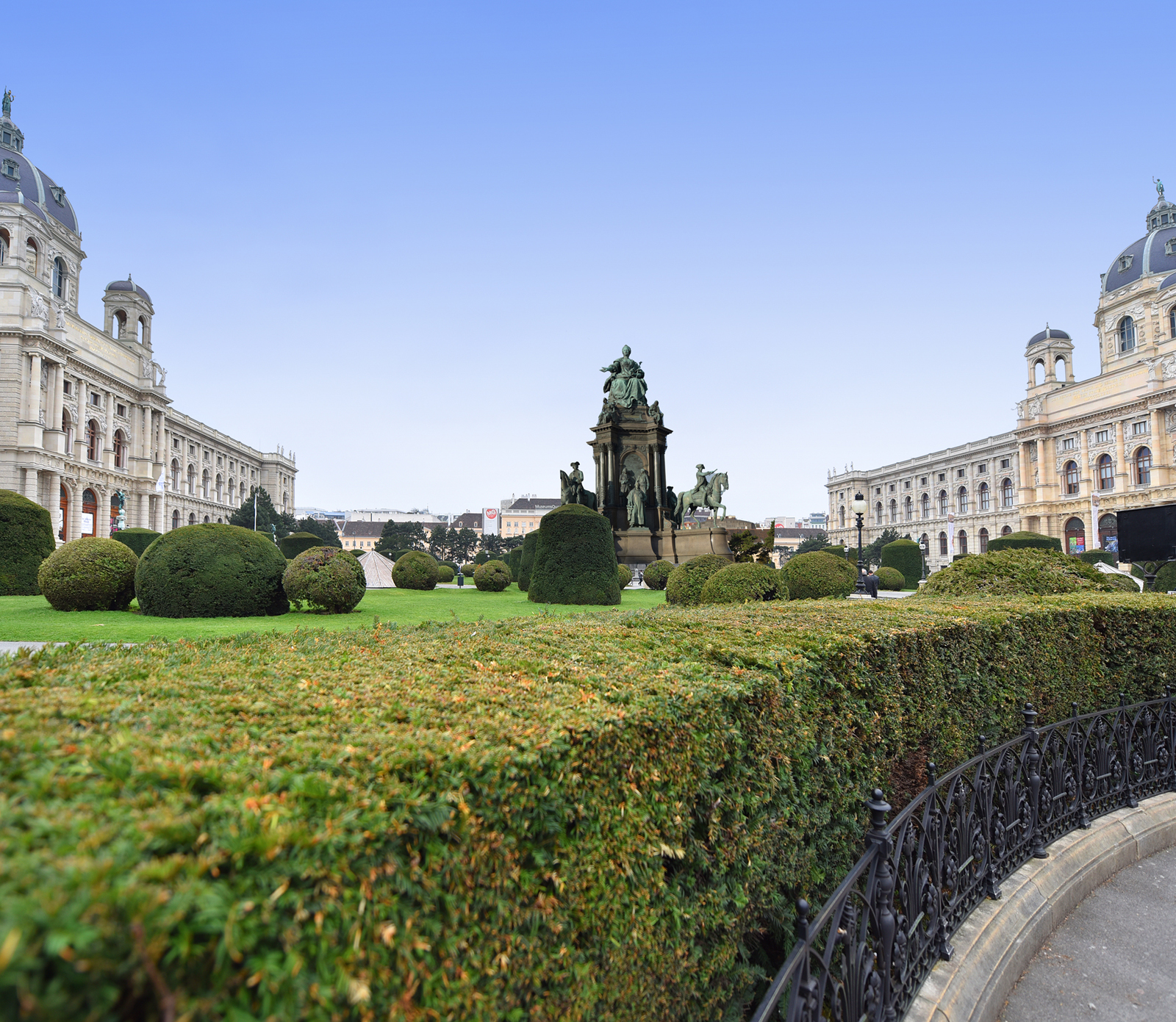 What remains of the Kaiserforum

Highlight 11 of our walk is Maria-Theresien-Platz, with its monument to Empress Maria Theresa and two important Viennese museums: the Kunsthistorisches Museum and Natural History Museum.

Following Austria’s defeat at Solferino in 1859 in the decisive battle of the Austro-Sardinian War, Lombardy is lost to the new Kingdom of Italy. Venetia too is lost when the Austrian troops are defeated in 1866 at the Battle of Königgrätz. Furthermore, political tensions are rocking the Empire and only subdued in 1867 with the so-called Austro-Hungarian Compromise, which leads to the monarchy being split into the Austrian Empire and Kingdom of Hungary.

This compromise is accompanied by the new right of assembly which encourages the formation of parties of the masses in the years that follow and contributes greatly to the development of democracy.

In 1873, the year of the Vienna World Exposition, a stock market crash leads to the end of the so-called Gründerzeit. A time characterised, among other things, by a flourishing economy and the establishment of numerous companies, is now undone by a sales crisis. The monument cult forming in Europe at this time, combined with the adoration of a supposedly better past, leads to the construction of monuments all along Vienna’s Ringstraße.

The two monumental museum buildings are erected at the end of the 19th century as the new Ringstraße is under development. In 1867, an architecture competition is announced to this end – among the winners is 34-year-old Carl von Hasenauer. Together with the internationally renowned architect Gottfried Semper he reworks the designs, integrating them into the Kaiserforum.

Enjoy now the 3 points of interest from Highlight 11, “Maria Theresien Platz”, before continuing your walk through and around the Vienna Hofburg.