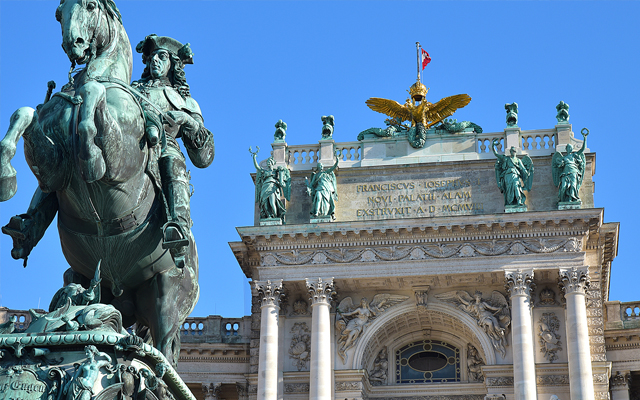 A fascinating ‘city within the city’

Each ruler that lived in the Hofburg left their own personal mark and had the residence rebuilt and extended as he or she saw fit. Over the centuries the Vienna Hofburg developed into a ‘city within the city’. Today the extensive complex stretches over 240,000 m² and comprises 18 tracts, 19 courtyards, 54 staircases and 2,600 rooms. Around 5,000 people live and work here.

In addition, around 300 events are held in the congress and event centre at the Hofburg each year, nearly 600 if you count the OSCE conferences permanently held here. The 35 event spaces with over 17,000m² include halls of historical note such as the Festival Hall, Hall of Ceremonies, Marble Hall and Redouten Halls.

Enjoy a relaxed and informative walk through the extensive, former Austrian Imperial Residence now with your “Vienna Hofburg” guide. Have fun!