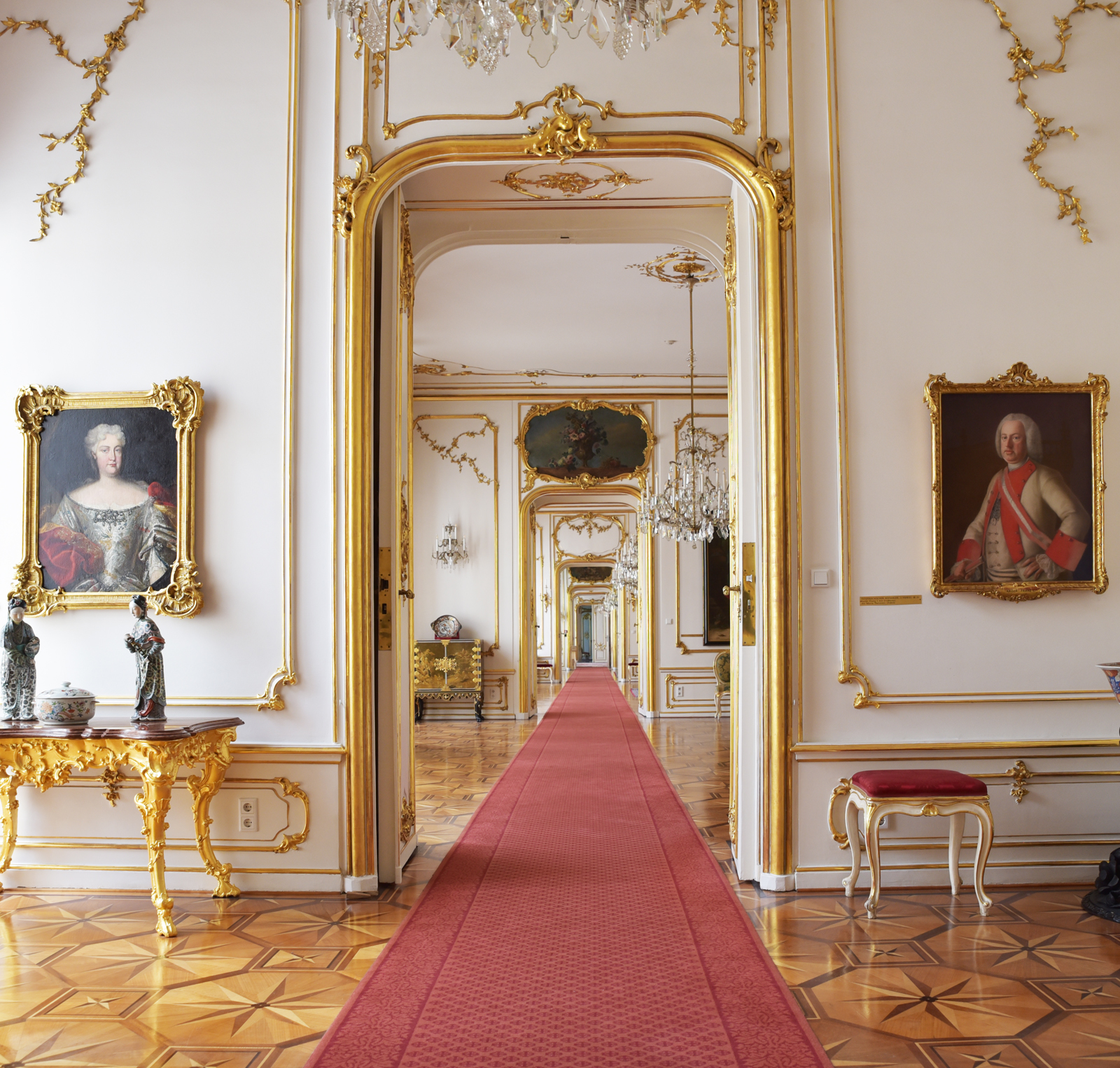 The state rooms of Maria Theresa

The Leopold Wing at its best

The annals of the Vienna Hofburg offer exact information on how the different rooms of the extensive complex have been used over the centuries. What stands out is that, generally, no 2 consecutive Hapsburg rulers have lived and worked in the same rooms. Almost always a different tract to the predecessor is chosen or a new one is built.

This is the case with Archduchess Maria Theresa, who from 1740, after the death of her father Charles VI, shapes the destiny of the empire. Although her husband, Francis I, bears the title of Holy Roman Emperor, it is the Archduchess who calls the tune in the House of Hapsburg.

Maria Theresa chooses to reside in the Leopold Wing of the Vienna Hofburg rather than the Imperial Chancellory Wing opposite, construction of which was initiated by her father, Emperor Charles VI. The Leopold Wing is generously remodelled, the Archduchess has larger windows put into the piano nobile and the rooms decorated in the fashion of the time.

As Maria Theresa ages, becoming more corpulent and, as a result, less mobile, a ramp is built from today’s Heldenplatz onto the fortress. In this way the Archduchess’ carriage can be driven up to the forecourt of so-called “Bellaria” tract, roughly at the height of the 2nd storey.

Maria Theresa’s state rooms serve as offices and formal rooms for the Austrian Federal President from the end of WW2.