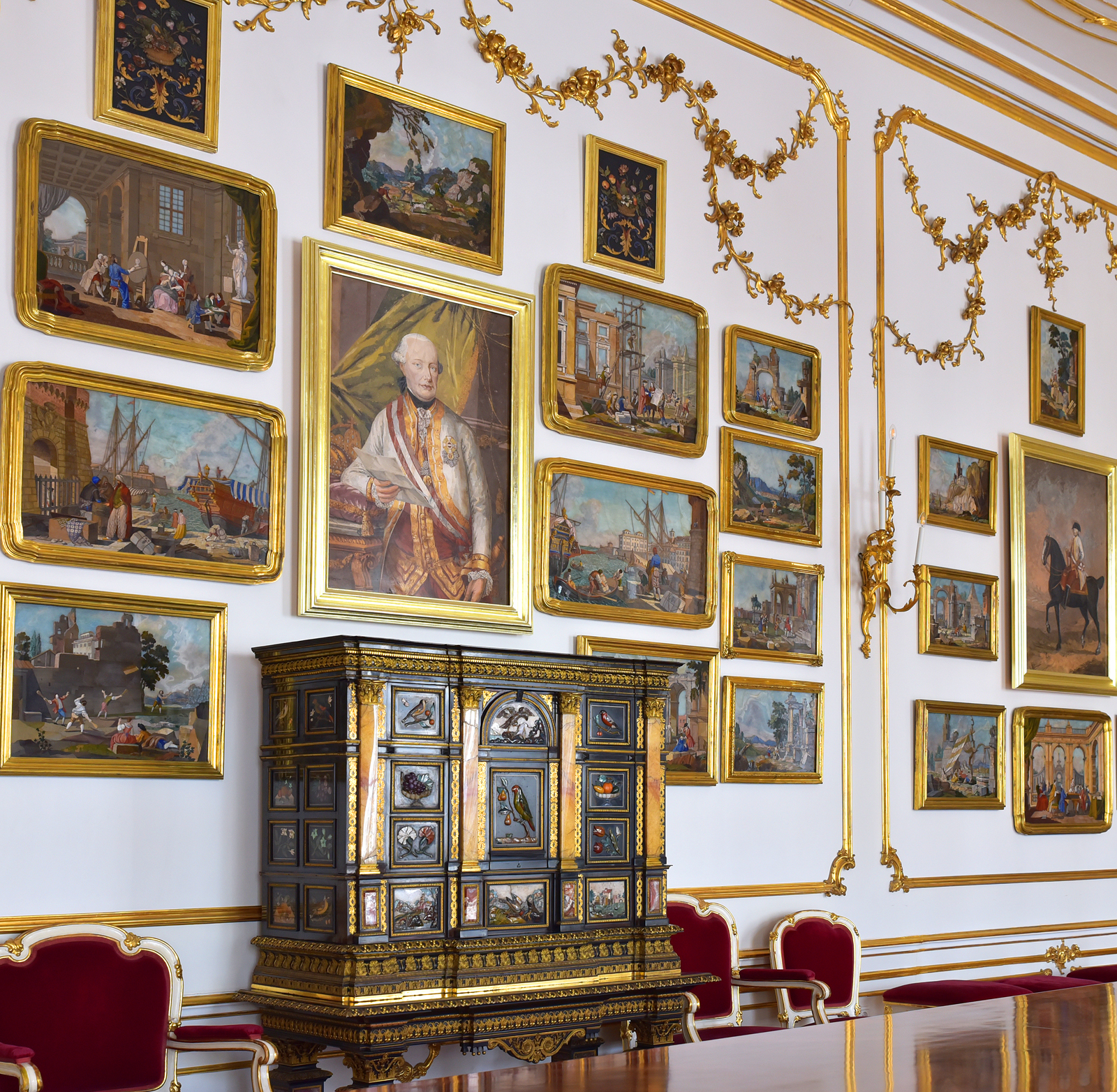 Where the federal president receives his guests

Archduchess Maria Theresa’s former living and work spaces in the Leopold Wing of the Vienna Hofburg have been used by the presidential office since 1946. The federal president works and receives guests in these historic rooms.

The so-called Pietra-dura Room in particular is splendidly furnished and popular for official occasions. The Italian term “pietra dura” means “hard stone” and refers to the 67 semi-precious stone mosaics that decorate the walls of the Pietra-dura Room.

At first glance you might think you are standing in front of oil canvases. But a closer look reveals that the landscapes and figurative compositions are made of cut and polished semi-precious stones.

The fascinating pietra-dura technique is developed in the Medici workshops in 16th century Florence. It gains the attention of Holy Roman Emperor Francis I, Maria Theresa’s husband, who commissions the collection which includes cupboards and tables as well as pictures.

Since 1841 the pietra-dura collection – the largest and most valuable in the world – has been in the Leopold Wing of the Vienna Hofburg.