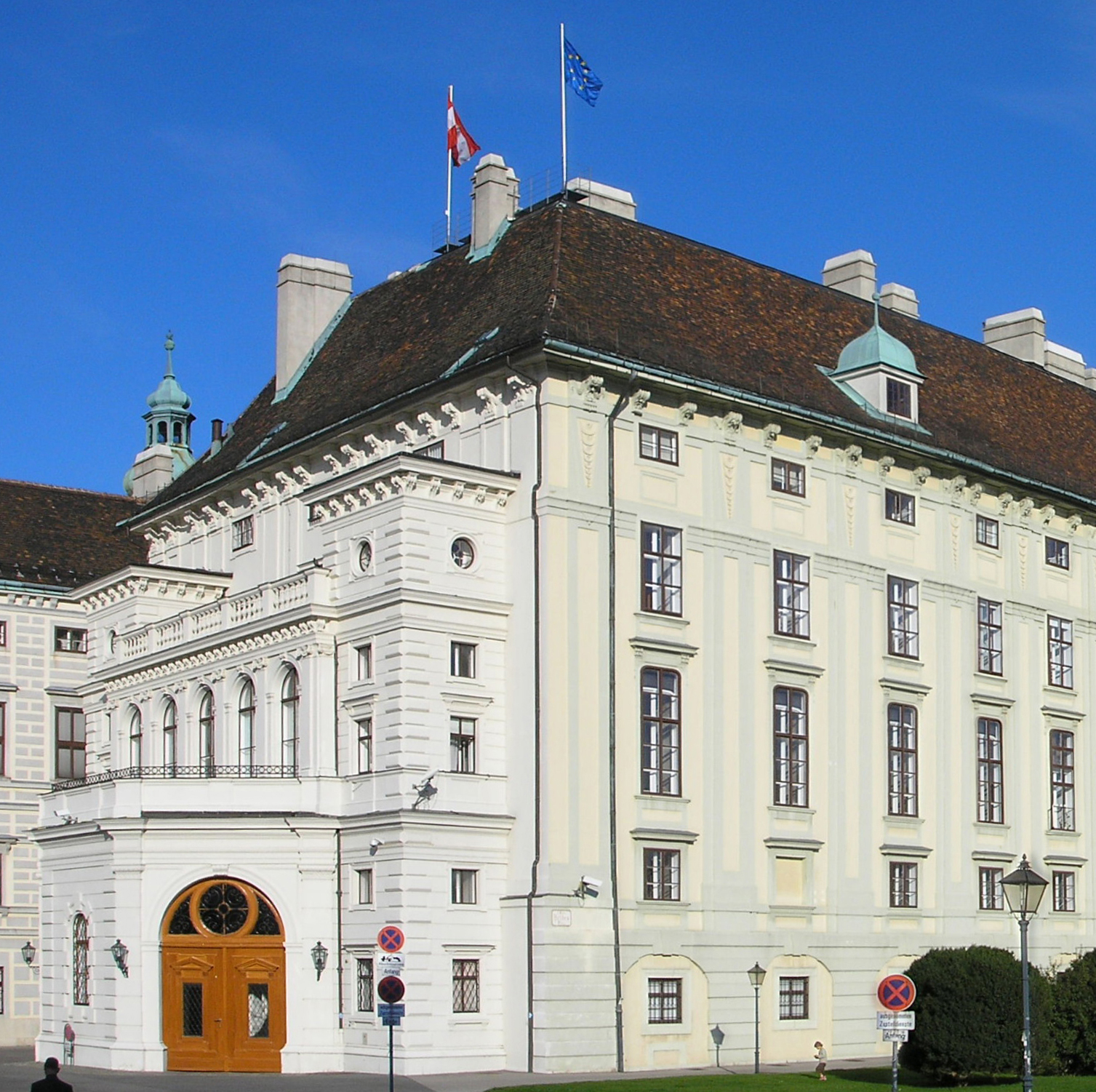 Magnificent halls and seat of the Federal President

Highlight 8 of our walk through the Vienna Hofburg is the Leopold Wing. The Leopold Wing lies between Heldenplatz and Innerer Hof connecting the Swiss Wing and Amalienburg.

The modern building with its Early Baroque façade dates back to the 17th century. This tract of the Vienna Hofburg owes its name to Maria Theresa’s grandfather, Emperor Leopold I (1640-1705). Construction begins in 1660 and Leopold and his first wife, Margaret Theresa of Spain (1651-1673), can move in to the new residence just 6 years later.

They cannot enjoy it for long however. 2 years later, in 1668, fire breaks out in the new residential wing and the building burns down to its foundation walls. Emperor Leopold I orders the immediate reconstruction of his palace but it takes 10 years until the work is completed.

When the residence is rebuilt it is not only made one storey higher, but the fortifications to the south of the Hofburg are also reinforced. A wise decision as it turns out in 1683, when Vienna is besieged by the Ottomans.

While Leopold I’s son, Emperor Charles VI (1685-1740), has his own residence built in the form of the Imperial Chancellory Wing, his granddaughter Maria Theresa chooses to take up residence in the Leopold Wing once more.

Today the Austrian Federal President, whose office has been in the Leopold Wing since 1946, receives his state guests in the very rooms occupied first by Maria Theresa, then by her son, Emperor Joseph II.