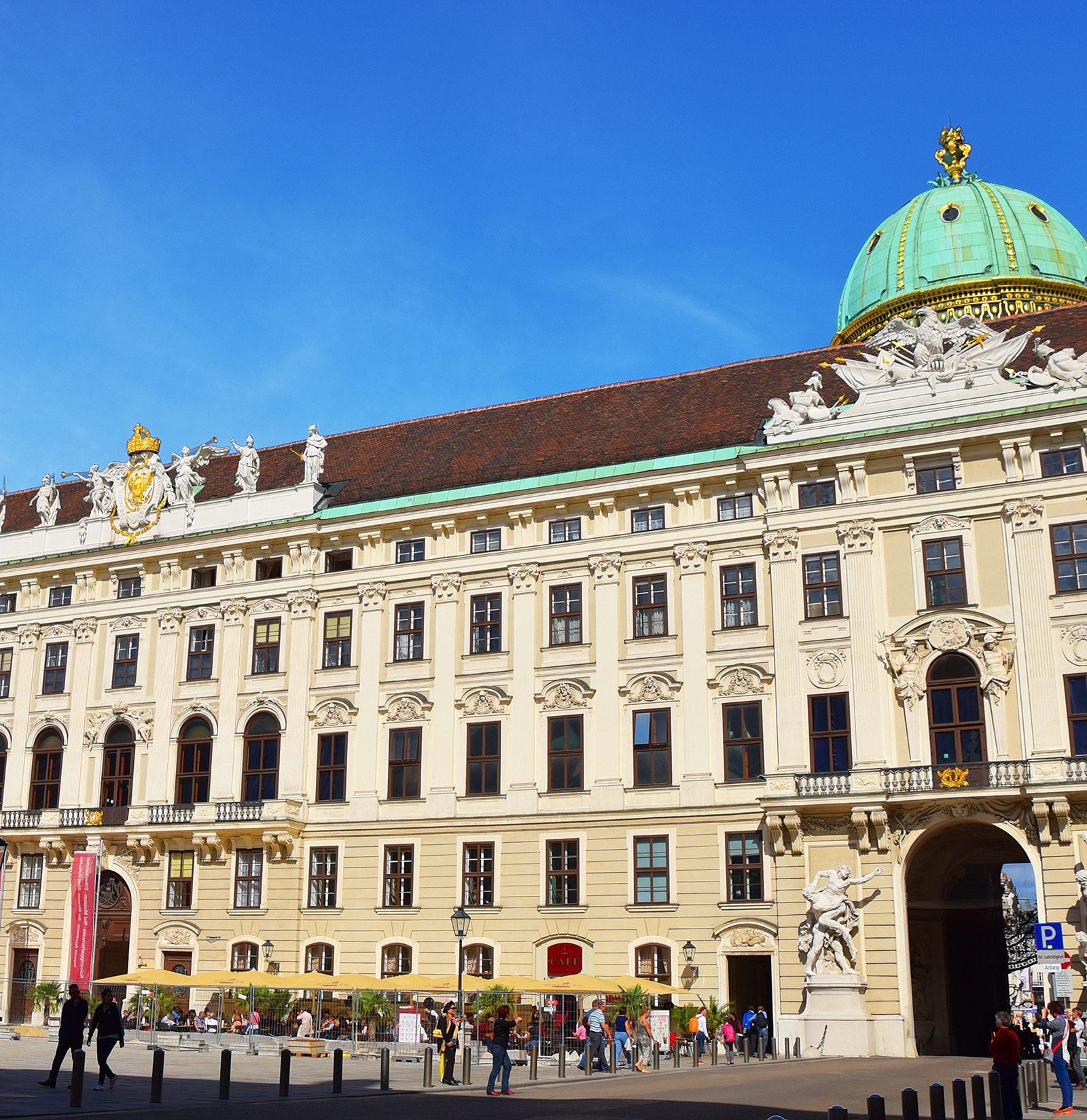 It is Emperor Charles VI (1685-1740), father to Maria Theresa, who has the Imperial Chancellory Wing built. The plans are drawn up by architect Johann Lukas Hildebrandt (1668-1745) who starts building in 1723. But before long Hildebrandt must hand the project over to his rival Joseph Emanuel Fischer von Erlach (1693-1742) who completes construction work in 1730. The Imperial Chancellory Wing is the youngest of the 4 tracts around the Innerer Burghof.

Emperor Charles VI (1685-1740) lives and works here at first. But his daughter and heir Maria Theresa prefers the Leopold Wing opposite. After Charles’ death in 1740, the Imperial Chancellory Wing serves primarily as seat of the highest authority of the Holy Roman Empire of the German Nation.

When the last ruler of the Roman-German Empire, Hapsburg Franz II, lays down the office of Emperor in 1806, the rooms in the Imperial Chancellory Wing are adapted for the living purposes of the Imperial Family.

In 1857 Emperor Franz Joseph I (1830-1916), his spouse, Empress Elisabeth of Austria and their family take up residence here. The Emperor sleeps and works in the Imperial Chancellory Wing, while Elisabeth moves into apartments in the neighbouring Amalienburg.

The representative façade of the Imperial Chancellory Wing looks onto the inner castle courtyard. The long-reaching structure boasts 3 portals each with a balcony above it and an elaborate figure scheme on the attic area at roof height. Although completed in 1730, the façade already features characteristics of the upcoming Classicist style.

The central gate, known as the Kaisertor, was reserved exclusively for the members of the Imperial Family.

On both portals on either side of the main gate are 2 sculptures by Italian sculptor Lorenzo Mattielli (1687-1748). The imposing works of art in sandstone show scenes from the Hercules saga.

Nowadays you can access the living quarters of Emperor Franz Joseph and Empress Elisabeth, the so-called Imperial Apartments, as part of a museum visit. The visitors’ entrance, along with the entrances to the Imperial Silver Collection and Sisi Museum, can be found beneath the dome of the St. Michael’s Wing.