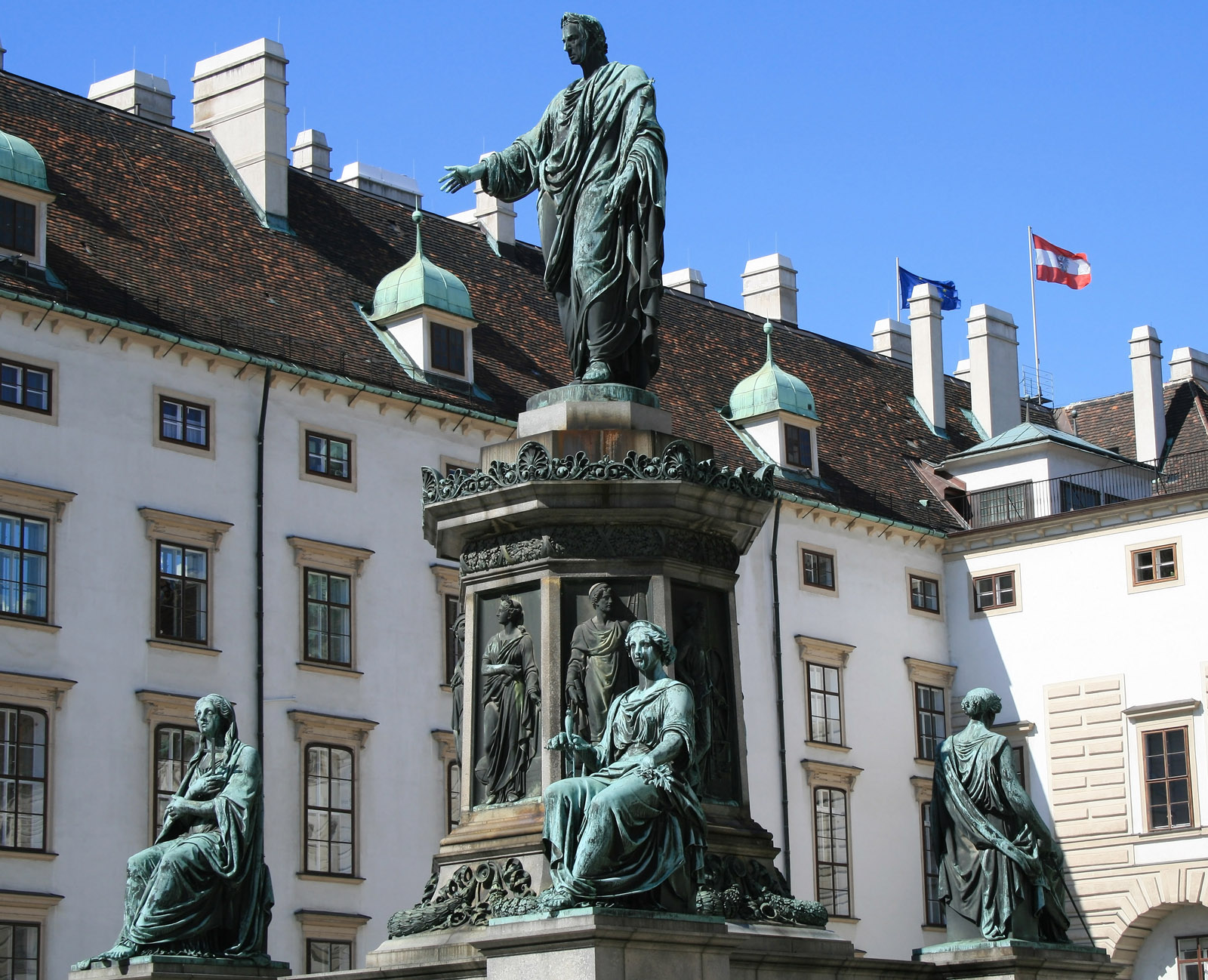 The statue of Emperor Franz II/I

A Roman imperator in the inner castle courtyard

Franz wishes to have a monument built during his lifetime. But the Austrian Chancellor Metternich, the secret regent of Europe at the beginning of the 19th century, rejects the Emperor’s request.

The monument shows Franz II/I as a Roman imperator complete with toga and laurel wreath. The Emperor is looking towards the Swiss Wing, the oldest part of the Vienna Hofburg. The Amalienburg is behind him, the Leopold Wing to his right and the Imperial Chancellory Wing to his left.

The octagonal encasement of the base has reliefs of a further 8 figures. These 8 – 4 male, 4 female – symbolise science, trade, livestock breeding, industry, construction, agriculture, art and heroism. The reliefs are an interesting mix of contemporary and classic; the male figure who represents construction for instance is wearing what appears to be ancient clothing but is leaning on a (for the time) very modern miner’s lamp with his right hand.

The monument of Franz II/I has 2 Latin inscriptions. The one on the front, “Amorem meum populis meis” (“My love for my peoples”), is a famous line from the Emperor’s will. Franz is known for his stinginess and is mocked for it by the Viennese after his death. He gives us his love, they say, but nothing else.