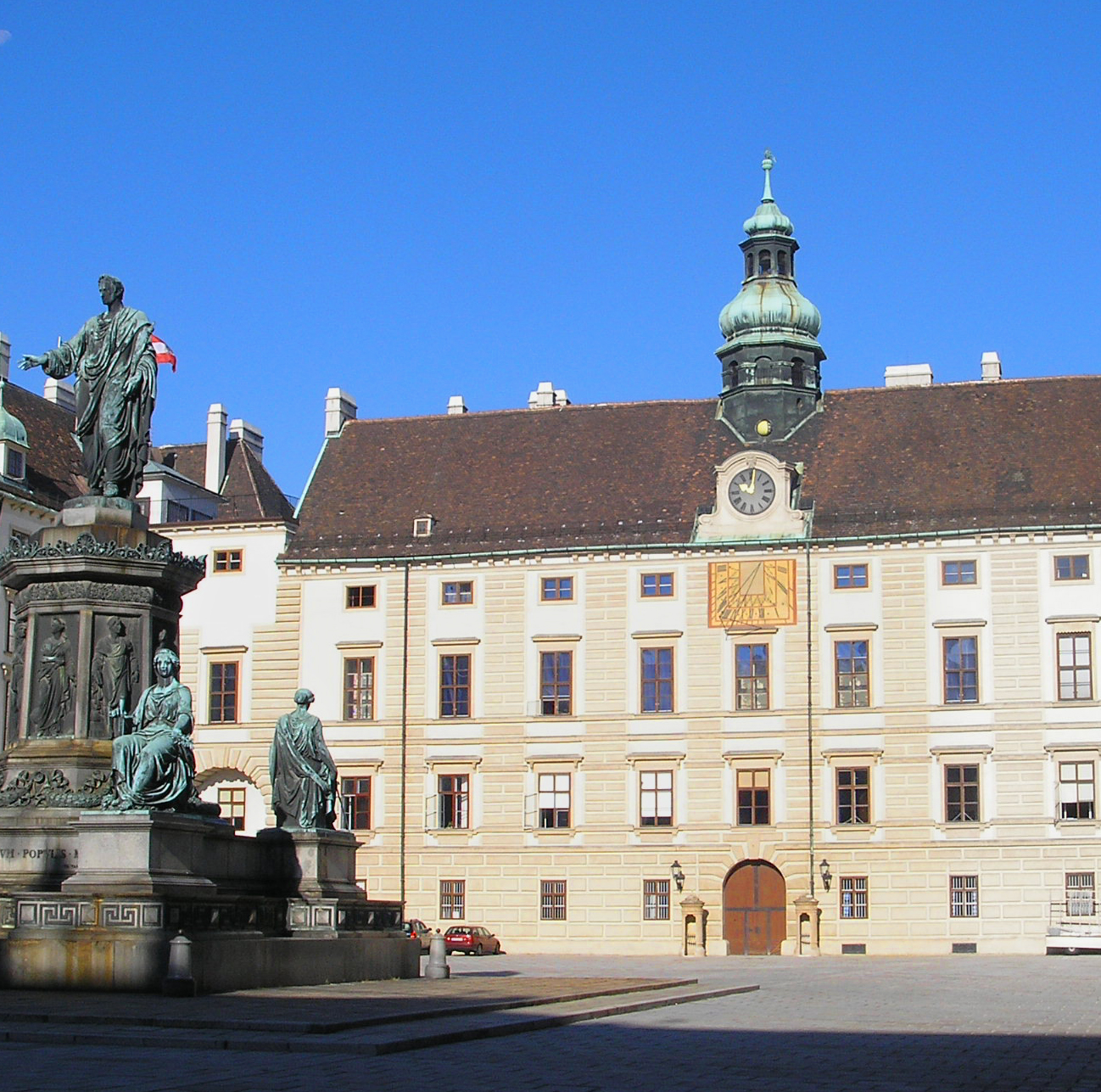 In the mid-16th century Emperor Maximilian II has an initial one-storey structure built for his son Rudolf, later Emperor Rudolf II (1552-1612). Rudolf himself has the building extended and adds more storeys towards the end of the 16th century. But since, as Emperor, he mainly lives in Prague, he allows his brother Archduke Ernest to live there.

At this time the new, still detached tract is named “Rudolfinischer Trakt” in the Emperor’s honour. It does not acquire its modern name “Amalienburg” until Duchess Amalie takes up residence here in 1711 after the death of her spouse, Emperor Joseph I.

Just 1 year previously, in 1710, the future residence of the Emperor’s widow has been joined to the newly constructed Leopold Wing and a passage created to Ballhausplatz. In 1728 the inner castle courtyard is completely enclosed with the construction of the Imperial Chancellory Wing under Emperor Charles VI (1685-1740).

The Amalienburg, is a 4-cornered court. The main entrance can be found on the Ballhausplatz side, the representative façade on the side of the inner castle courtyard.

In the centre there is a simple arched portal with original fittings from the early 18th century. The 2 guards’ houses are not added until towards the end of the 19th century. A large sundial from the late 17th century dominates the attic on the upper third of the façade.

A clock can be found directly above the sundial. The roof of the Amalienburg is crowned by an 8-cornered tower with an onion dome. If you look closely at the bottom part of the tower you can see a small blue ball with star symbols. The ball is from an astronomical clock, regarded as a technical wonder in the 16th century, which has not survived.

Sisi, the famed Empress Elisabeth of Austria, along with her spouse, Emperor Franz Joseph I, also lived in the Amalienburg and the neighbouring Imperial Chancellory Wing. Some of these rooms are now part of a museum, the Imperial Apartments. The visitors’ entrance to the Imperial Apartments is beneath the dome of the St. Michael’s Wing. The St. Michael’s Wing is Highlight 10 of our tour through the Vienna Hofburg.