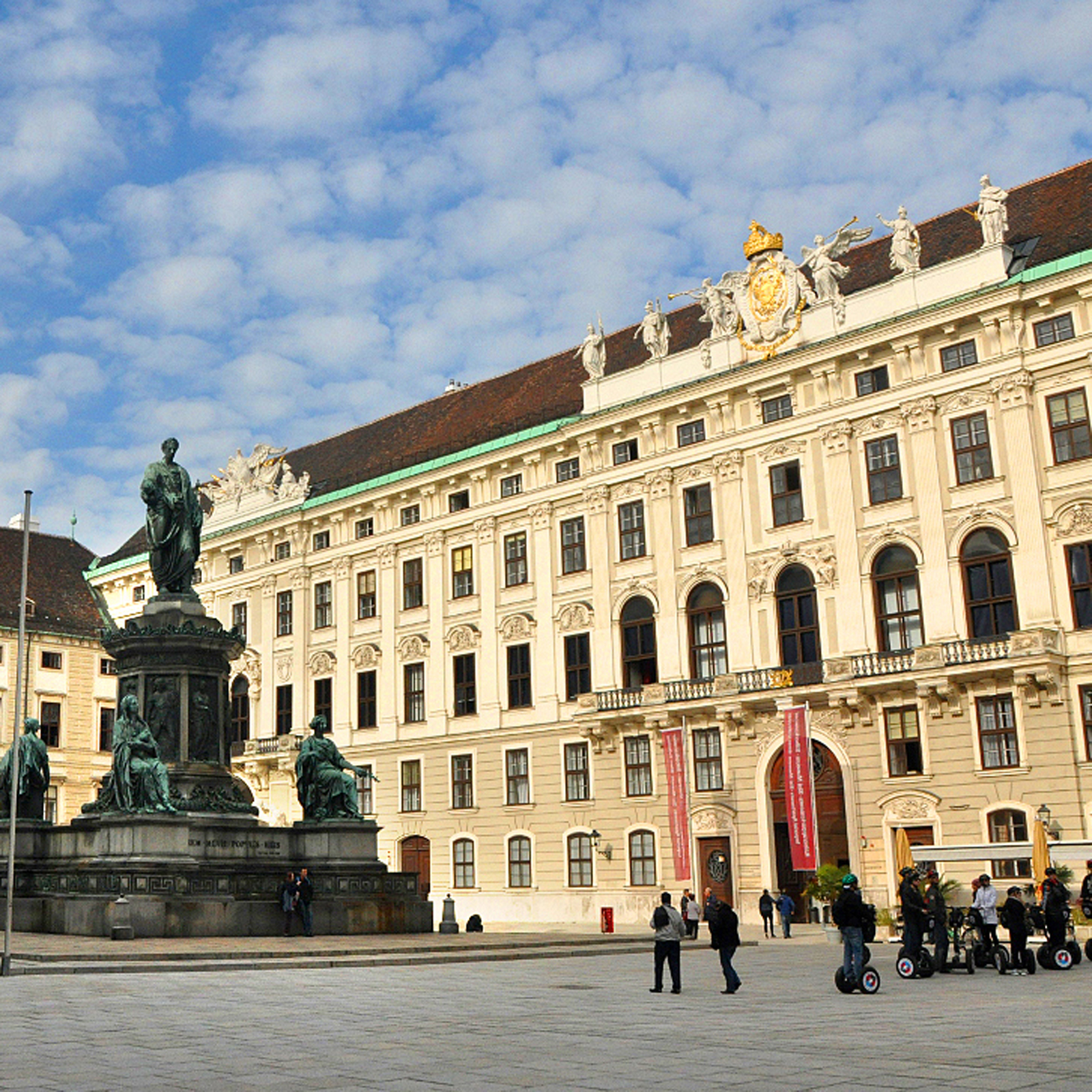 The largest inner courtyard at the Hofburg

Highlight 9 of our tour around and through the Vienna Hofburg is the inner castle courtyard.

The Innerer Burghof, formerly known as Innerer Burgplatz, is initially an independent square and serves as a venue for chivalric tournaments until the 16th century. Tournaments are still held here under Emperor Maximilian (1527-1576). Over the centuries the inner castle courtyard becomes enclosed by the developing Hofburg complex.

If you are standing in front of the mighty monument to Emperor Franz I of Austria which dominates the inner courtyard you can see the Amalienburg to the rear of the statue, the Leopold Wing to its left and the Imperial Chancellory Wing to its right. The figure of the Emperor himself is looking in the direction of the Swiss Wing, the oldest part of the Vienna Hofburg.

The Innerer Burghof is the largest inner courtyard at the Hofburg. Enjoy now the 3 points of interest from Highlight 9, “Innerer Burghof”, before continuing your tour through Vienna’s Hofburg. To do so cross under the Imperial Chancellory Wing and enter Michaelerplatz. Highlight 10, the final highlight of our tour around and through the Vienna Hofburg is the “St. Michael’s Wing”.