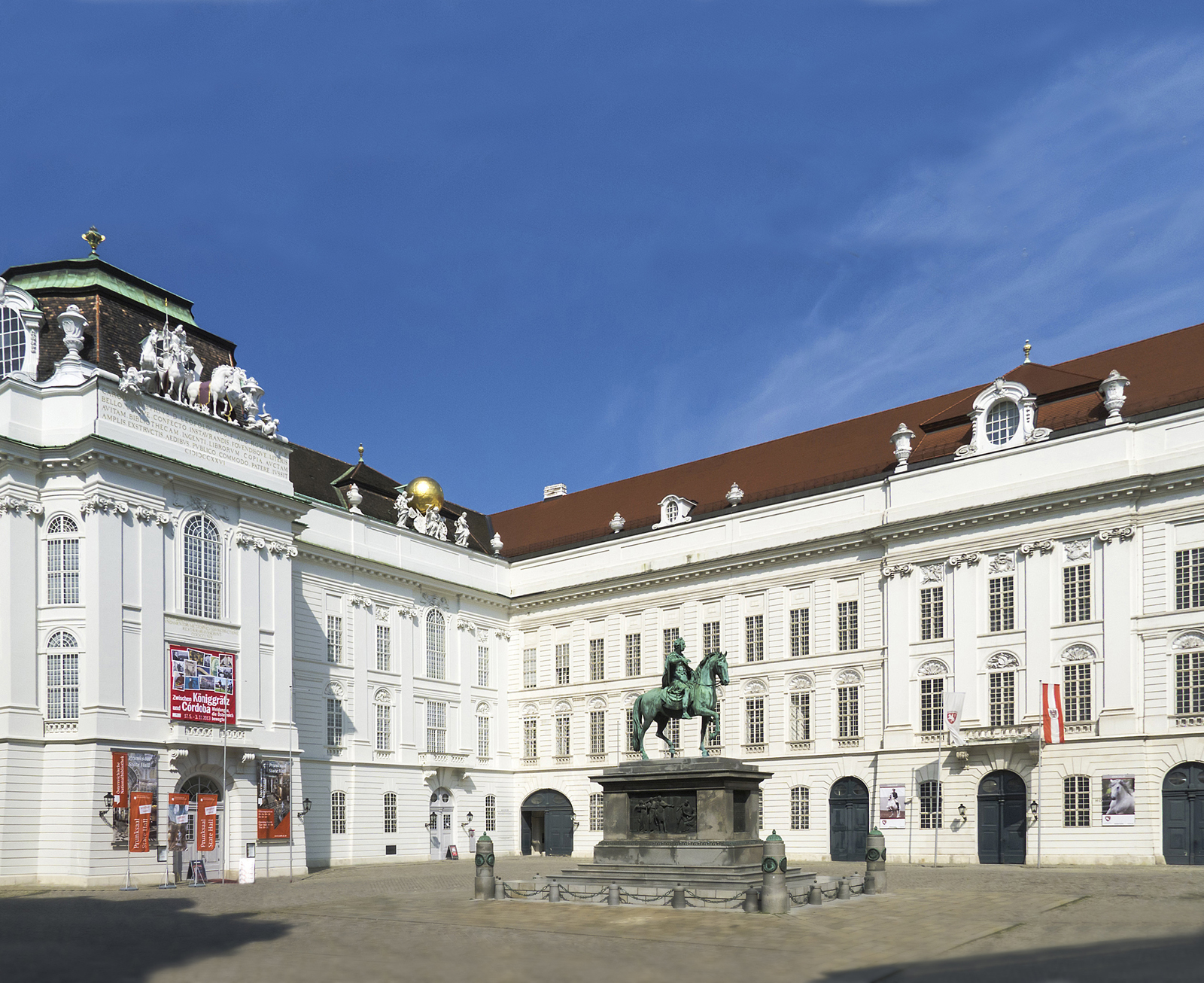 From the National Library to the Winter Riding School

Initially Josefsplatz is dominated by 2 buildings: on the left the Augustinian Church (the Imperial Parish Church from 1634) and from 1726 the new, detached Imperial Court Library erected under Emperor Charles VI (1685-1740).

In the 2nd half of the 18th century, as the Hofburg is constantly being extended, the Augustinian Church and Court Library are integrated into the large building complex.

The architect Nicolaus Pacassi (1716-1790) constructs the Redouten Wing as well as the Augustinian Wing in around 1769 and helps Josefsplatz towards its modern appearance with equal development on 3 sides.

Admittedly Josefsplatz is known as “Bibliotheksplatz” or “Library Square” at this time, after the Imperial Court Library.

The square owes its modern name to Emperor Joseph II (1741-1790). The eldest son and heir of Maria Theresa has the wall between the Augustinian Church and the Stallburg removed and the square opened up on its 4th side.

The building contractor and namesake is represented by the prominent bronze equestrian statue created by Franz Anton Zauner (1746-1822) in 1807. Incidentally this statue of Joseph II, donated by Austrian Emperor Francis I, nephew and foster son of Joseph II, is the first public monument to a Hapsburg.

Enjoy now the 3 points of interest from Highlight 3, “The Hofburg and Josefsplatz”, before continuing your walk through the Vienna Hofburg. To do so simply stay on Josefsplatz. Highlight 4, “The Augustinian Church”, can also be found here.