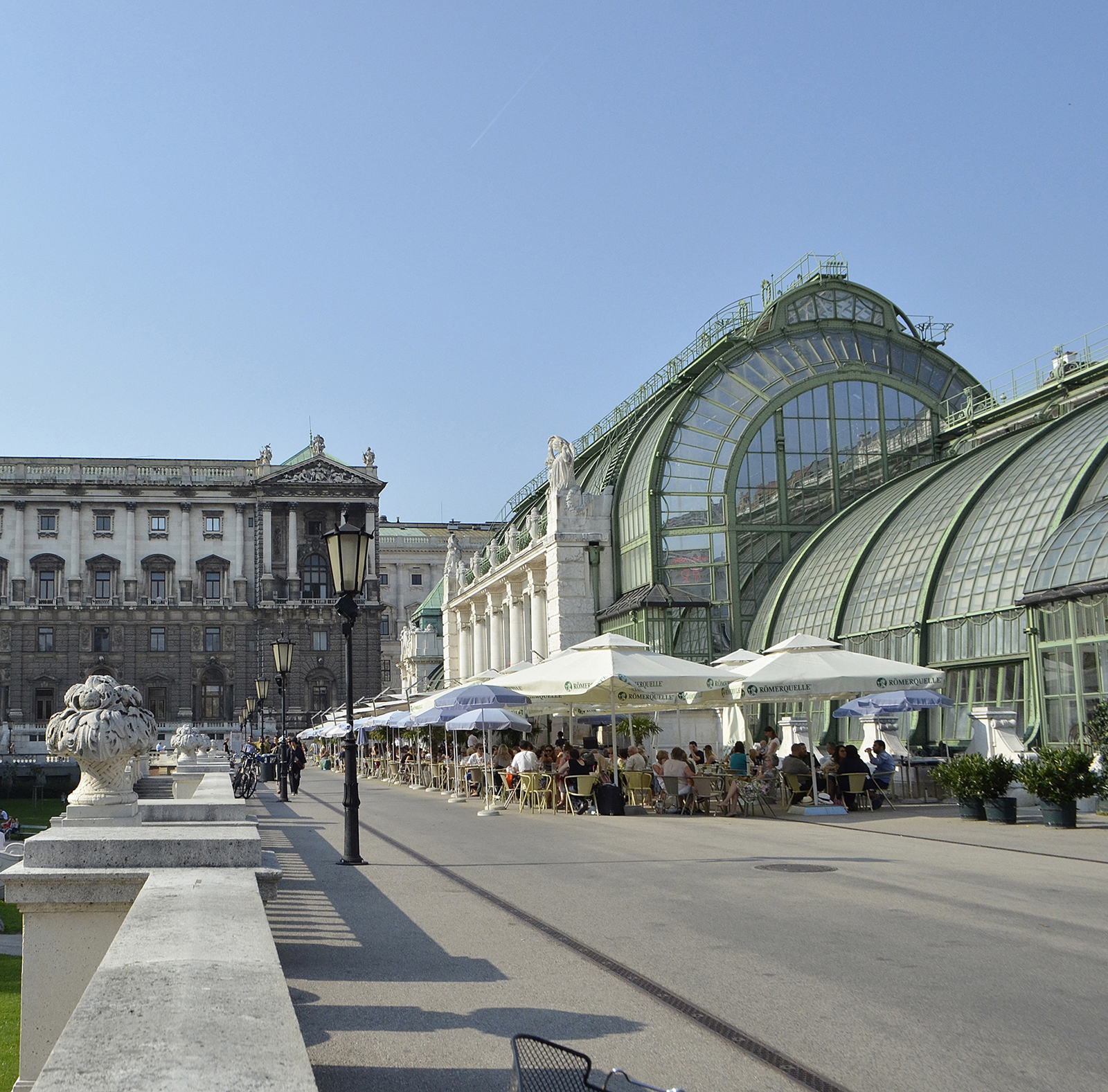 In the mid-16th century an initial garden is created within the old castle walls under Emperor Ferdinand I (1503-1564). Napoleon has parts of the fortifications blown up when he occupies Vienna in 1809. Emperor Francis I takes advantage of the increased area and commissions the head of court development, Austrian architect Ludwig Gabriel von Remy (1776-1856), to install a new garden.

Remy goes to work with the court gardener, Franz Antoine the Elder (1768-1834). They are joined by another gardener - the Emperor himself. Francis I, trained in gardening, plans the arrangement of the exotic plants he has brought in from all over the world personally.

Over the next 100 years the Burggarten is altered several times. From 1848 the young Emperor Franz Joseph I has the Burggarten transformed into an English landscape garden and extended by breaking down the so-called “Hornwerkskurtine”, a fortification along today’s Burgring. When construction of the Neue Burg on Heldenplatz begins in 1879, the Burggarten is reduced to his current size.

The famous glass house in the Burggarten comes into being at the beginning of the 20th century. The architect Friedrich Ohmann (1858-1927) constructs the Jugendstil building officially known as the “Palmenhaus” between 1902 and 1906 on the spot where a Classicist greenhouse stood before. The terrace in front of the Palmenhaus is added in 1911. Since its refurbishment in 1998 the Palmenhaus has been home to a café and butterfly house.

There are several monuments in Burggarten, including a bronze statue for Emperor Franz Joseph I and the oldest equestrian statue in Vienna of Emperor Francis I from 1780. There is also monument to Wolfgang Amadeus Mozart here, which used to stand on Albertinaplatz and is one of the most photographed monuments in the capital.

Over the decades Burggarten not only experiences numerous changes to its layout, but to its name as well. At first the park is called the “New Imperial and Royal Court Garden”, then “Court Garden or “Imperial Garden” until 1919. After the Austro-Hungarian Monarchy comes to an end it is known briefly as the “Garden of the Republic”, before the name “Burggarten” settles from the 1920s.

Enjoy now the 3 points of interest from Highlight 6, “The Burggarten”, before continuing on your tour in and around Vienna’s Hofburg. To do so go around the Neue Burg on the Ring side and enter Heldenplatz. “Heldenplatz and the Neue Burg” is Highlight 7 of our walk through the Vienna Hofburg.