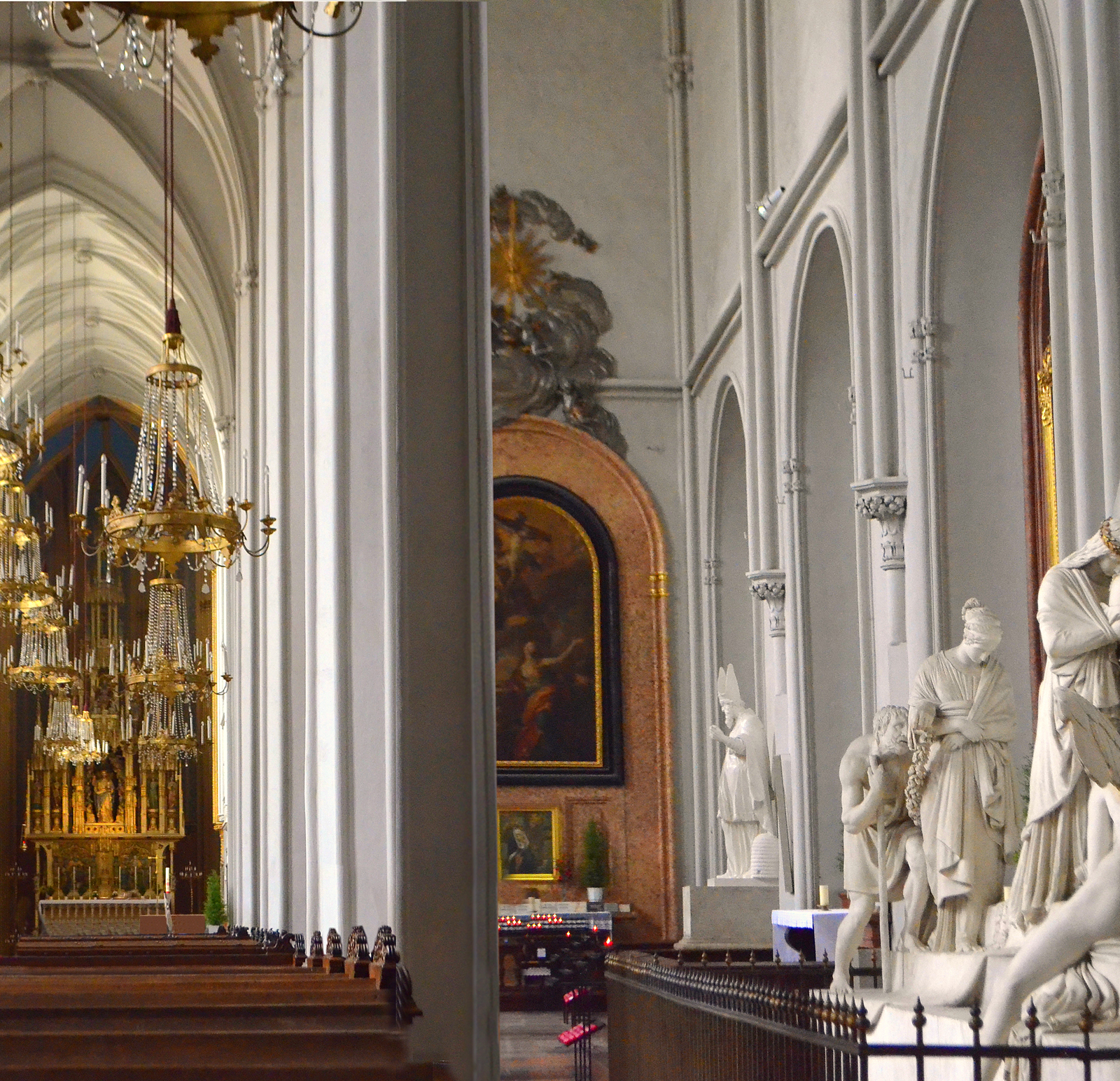 The parish church of the Hapsburg court

The Augustinian Church, built as a simple Gothic hall church with a square tower on its north side, is consecrated in 1349 and remains a detached building for centuries. The church is not integrated into the Hofburg complex until the Augustinian Wing and Redouten Wing are constructed in around 1769. It is at this time that Josefsplatz, still known as “Bibliotheksplatz” or Library Square, takes on its current appearance with equal development on 3 sides.

In 1634 the Augustinian Church is elevated to the status of imperial parish church and most of the Hapsburg weddings are held here until the end of the Austro-Hungarian Empire. Such as the wedding of Emperor Franz Josef I and Elisabeth of Bavaria, his Sisi.

Towards the end of the 18th century the Augustinian Church is ‘regothicised’ by Johann Ferdinand Hetzendorf von Hohenberg (1733-1816), court architect under Emperor Joseph II.

Furthermore the Augustinian Church can look back on nearly 600 years of ecclesiastical music. Several world famous religious compositions are presented here for the first time, such as Anton Bruckner’s Mass in F minor. And Franz Schubert conducts his new Mass in F major here at the beginning of October, 1814.

Enjoy now the 3 points of interest from Highlight 4, “The Augustinian Church”, before continuing your walk through the Vienna Hofburg. To do so leave Josefsplatz and follow Augustinerstraße in the direction of traffic. You will reach Dr.-Helmut-Zilk-Platz. Highlight 5 of our Hofburg tour, “The Albertina”, can be found up on the Augustinian Bastion on the right.