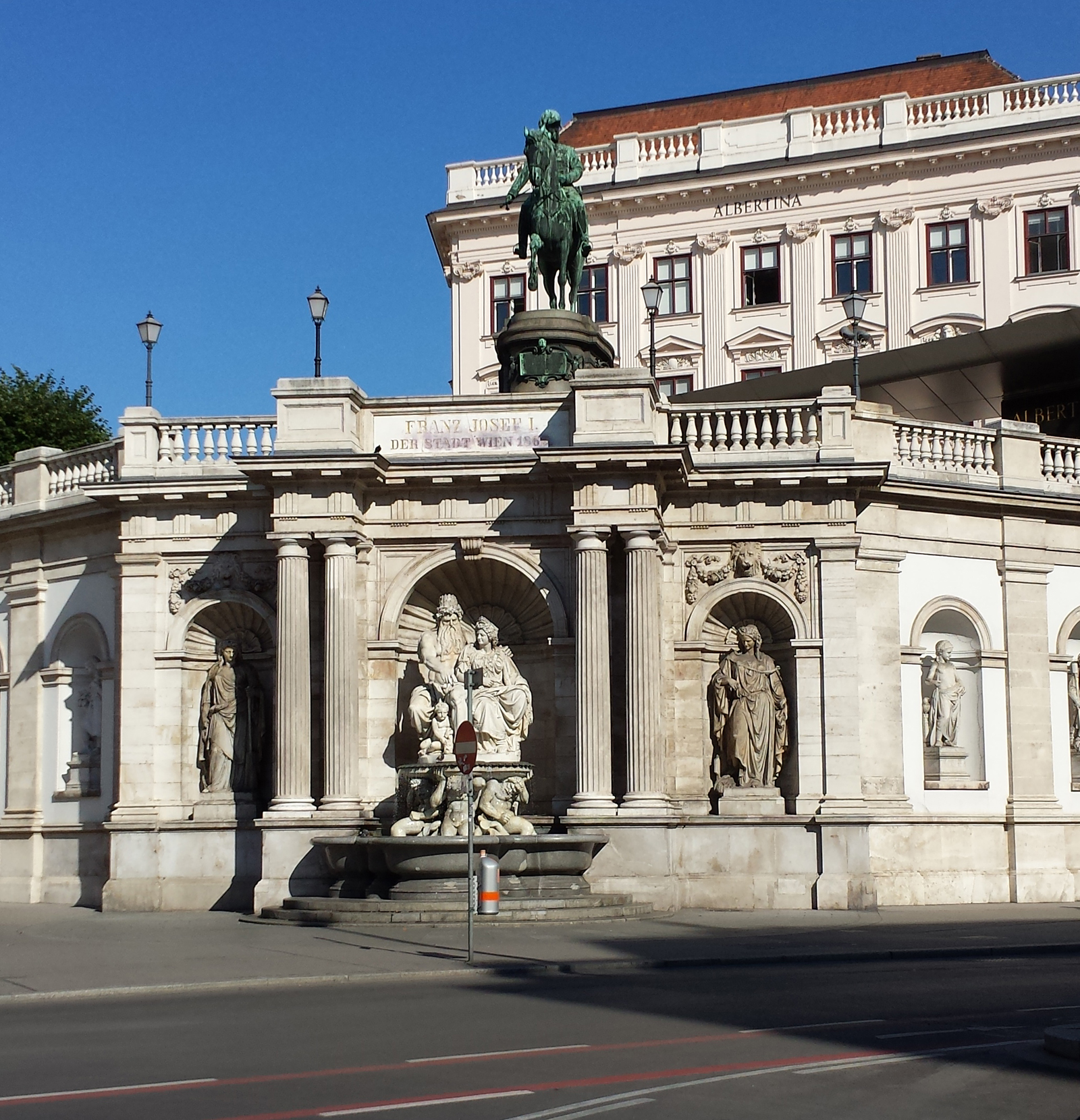 Famous collection in the famous palace

Highlight 5 of our walk in and around the Vienna Hofburg is the Albertina.

This refers to the palace of Archduke Albrecht, on the Augustinian Bastion. The term “Albertina” becomes popular around 1870 and is first used to describe Duke Albert of Saxe-Teschen’s famous graphic art collection. Today it encompasses collection and palace.

The Augustinian Bastion is erected as part of Vienna’s city wall between 1548 and 1552. Nearly 200 years later Archduchess Maria Theresa has a palace built on it for one of her advisors. Maria Theresa’s son-in-law and daughter, Duke Albert of Saxe-Teschen and Archduchess Maria Christina, move into the palace when they have to give up their post as Governors of the Austrian Netherlands in 1792 and return to Vienna.

Duke Albert has the palace remodelled between 1801 and 1805 and space created for his already extensive art collection. Duchess Maria Christina and Duke Albert decide to build up their own collection in 1776 while on an educational trip around Italy.

After the death of Duke Albert in 1822 the development of the palace and collection is continued by his heirs. The first to reside here is his nephew and adopted son Archduke Charles (1771-1847), who has the interior rooms furnished with magnificent French decor. Charles’ son, Archduke Albrecht (1817-1895), follows and has the building’s façade remodelled in the Historicist style in 1867.

Archduke Albrecht is also the figure after whom the palace is named today. The imposing equestrian statue erected between 1898 and 1899 is also dedicated to him.

Since Albert of Saxe-Teschen bequeaths his collection to the Hapsburg Imperial Family in his will, the collection and palace pass into the hands of the Austrian Republic in 1919 when the Austro-Hungarian Empire comes to an end.

Archduke Albrecht’s palace houses, alongside the Albertina art collection, the music collection of the Austrian National Library as well as the Austrian Film Museum, whose entrance can be found in Albertinerstraße.