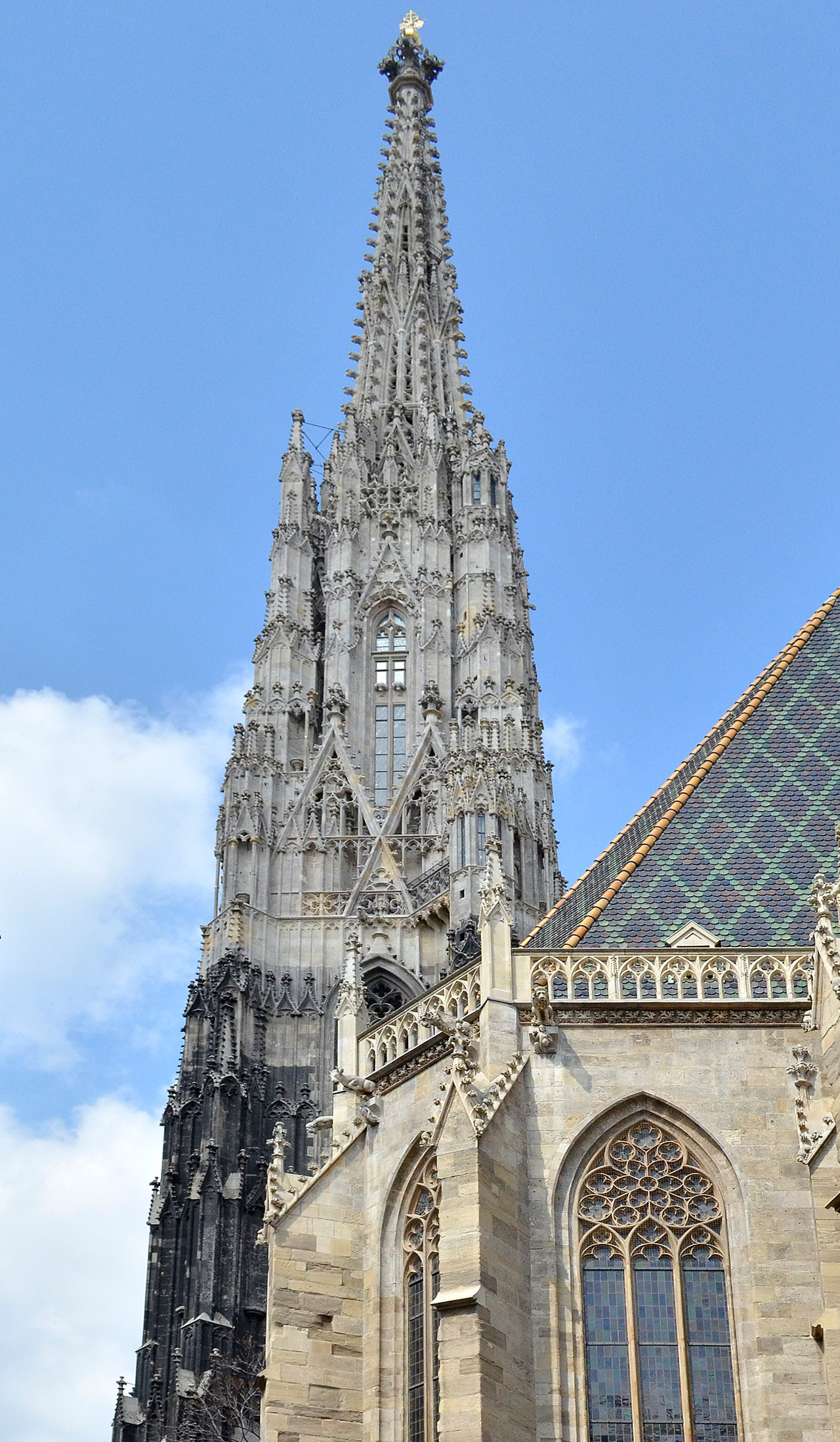 The completion of the impressive south tower in 1433 makes St. Stephen’s the undisputed landmark of the city. No church in the Austro-Hungarian Empire is allowed to stand higher than this steeple for more than 400 years. Although most people refer to the whole building as ‘Steffl’, the name really applies to the south tower. The foundation stone of the south tower was laid on July 12, 1359 by Rudolf IV, ‘the Founder’. In person, as records confirm. The silver trowel used remains in the cathedral treasury for centuries. Rudolf initially intends to build 2 towers but the idea is abandoned after his untimely death and the south tower far surpasses its conceived height. When it’s finally finished, it stands at 136.4m and dominates its surroundings.

And it allows Rüdiger, count of Starhemberg and army commander during the Turkish siege of Vienna, a view of all manoeuvres from atop the Steffl. Today there’s a bank in the south tower named after him.

With its unified appearance - an ever decreasing pyramid – the south tower of St. Stephen’s is an architectonic masterpiece with astonishing static equilibrium. Despite only 4m of foundations, the tower is a completely freestanding structure, independent of the rest of the church. At its completion on October 10, 1433 the south tower of St. Stephen’s is the second highest church tower in Europe after that of Strasbourg cathedral.