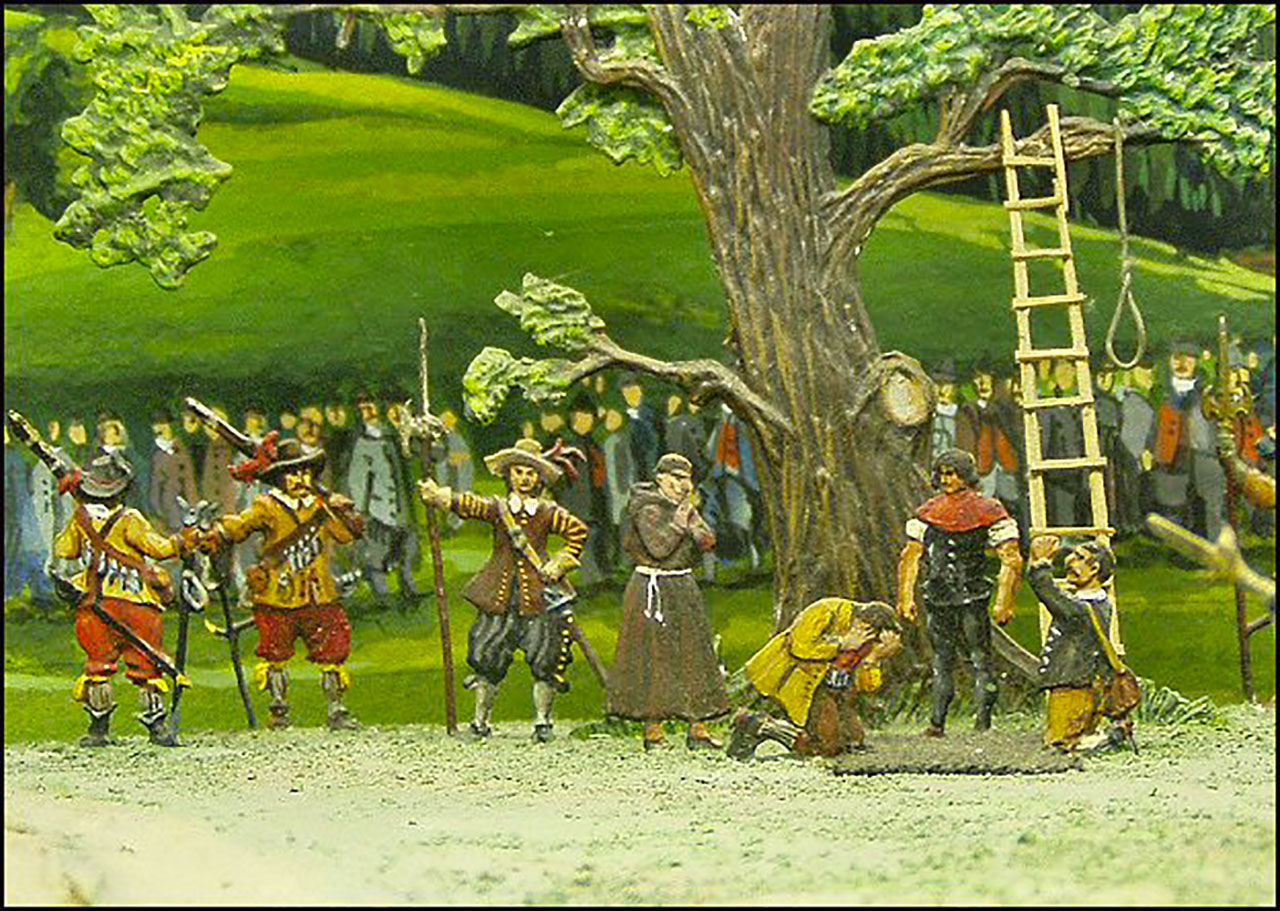 The cruellest game in history

In 1620 the 30 Years’ War is raging and the Hapsburgs, as always, are low on funds. To nevertheless secure the support of the powerful Bavarian Duke Maximilian, Emperor Ferdinand II gives Upper Austria over to Bavaria as a pawn. Maximilian sends in Count Adam Herberstorff as governor.

Herberstorff, an originally Protestant convert to the Catholic faith, not only introduces exorbitant taxes but brutally expedites the violent recatholicisation of Upper Austria. It does not take long for the mostly Protestant peasants to react, as a Catholic priest is supposed to take up his post in May of 1625 it comes to an armed riot.

Herberstorff resorts to dirty tricks; he assures the peasants of mercy and safe conduct on one condition: they must submit, without weapons, to the jurisdiction of the Count. But as soon as the peasants arrive at the agreed location, Haushamerfeld near Frankenburg, they are surrounded by Herberstorff’s soldiers and the 36 alleged ringleaders are separated from the rest.

In the Frankenburg Dice Game, which later acquires a morbid fame, the 36 must now compete against one another in pairs. He who rolls the highest number is set free, the other hanged. But this backfires for Herberstorff, whose aim is to intimidate the peasants. His barbaric act sparks a revolt in Upper Austria not even a year later.