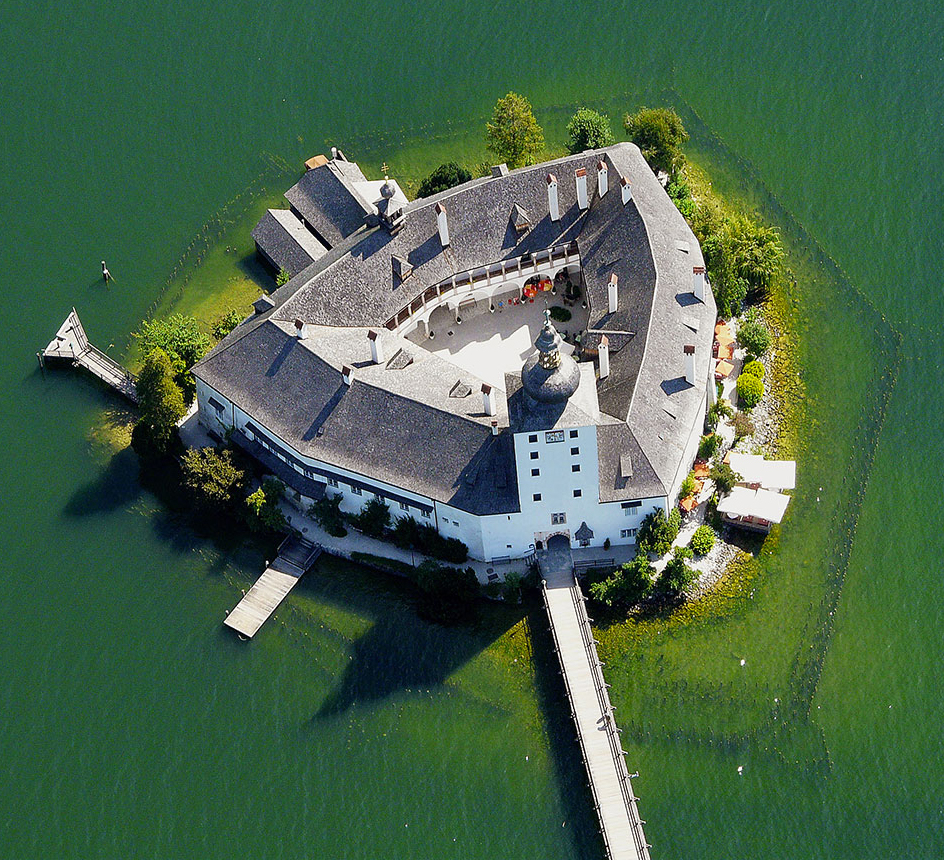 The jewel of the Traunsee lake

The picturesque Ort Castle on a tiny island on the Traunsee lake owes a good deal of its fame to a German TV series; for eight years, from 1996 to 2004, “Schlosshotel Orth” is the scene of various lives, loves and marriages. The series is still a crowd puller today and is responsible for nearly 200,000 visitors to Seeschloss Ort each year. Some are surprised to discover that there isn’t actually a hotel in the castle.

However it’s always worth a visit. Ort Castle is not only one of the oldest buildings in the Salzkammergut, but the source of some exciting stories. The saga of Erla the Giant for instance, who is supposed to have built the castle out of love for Blondchen, lake nymph of the Traunsee. And from its first historical owner, the knight Hartnidus of Ort, to the cruel Count Herberstorff to Archduke Johann Nepomuk Salvator of the Hapsburgs, it has been the residence of some colourful figures.

Since 1995 Ort Castle has belonged to the district of Gmunden and is open to the public as a museum and event location. Set off on a unique tour of one of the most fascinating structures in the Salzkammergut with our app!