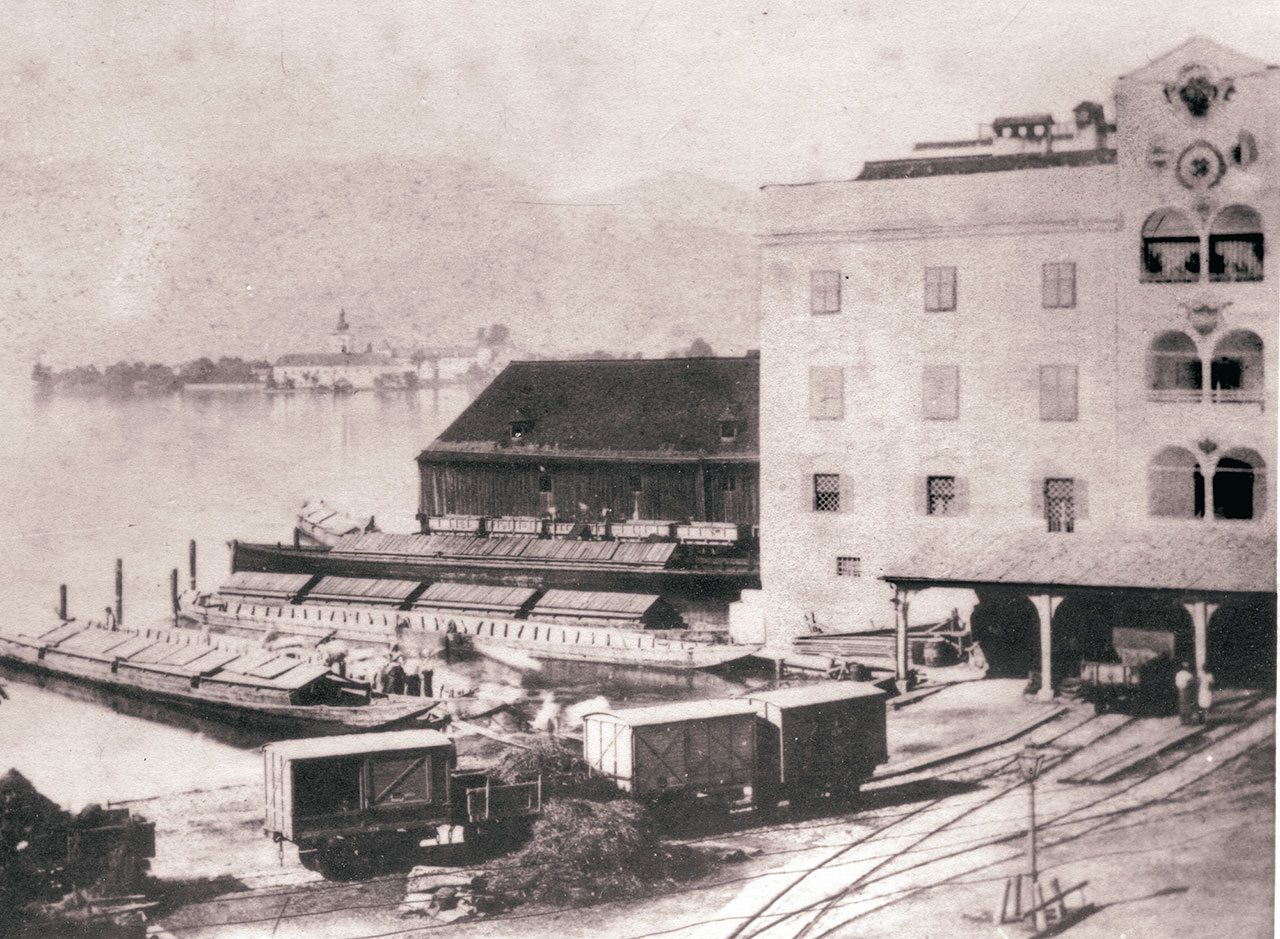 From Austria’s oldest industrial region comes the hit export which represents one of Upper Austria‘s most important commodities until the 19th century: salt. And because this white gold is as valuable as it is indispensable as an everyday preservative, the territorial prince makes sure he controls it from the start.

The salt mining and processing areas become part of the Hapsburgs’ imperial court chambers. The name ‘Camergut des Salzes’ first appears in 1524, since 1656 the region from Ebensee to Obertraun has been known as the Salzkammergut.

Until the 13th century, salt is painstakingly knocked out of the rock by hand. But then a new technique revolutionises salt mining: the salt is extracted from the rock with water and the brine transported to the saltworks through pipes. There, in huge kettles, the water is evaporated and separated once more from the salt.

After this begins the long and arduous transportation of the salt from the manufacturer to the markets and consumers. And since paved roads are still rare in the Middle Ages, the valuable cargo is transported by river.