The hand in the fold

Jupiter in the cloud 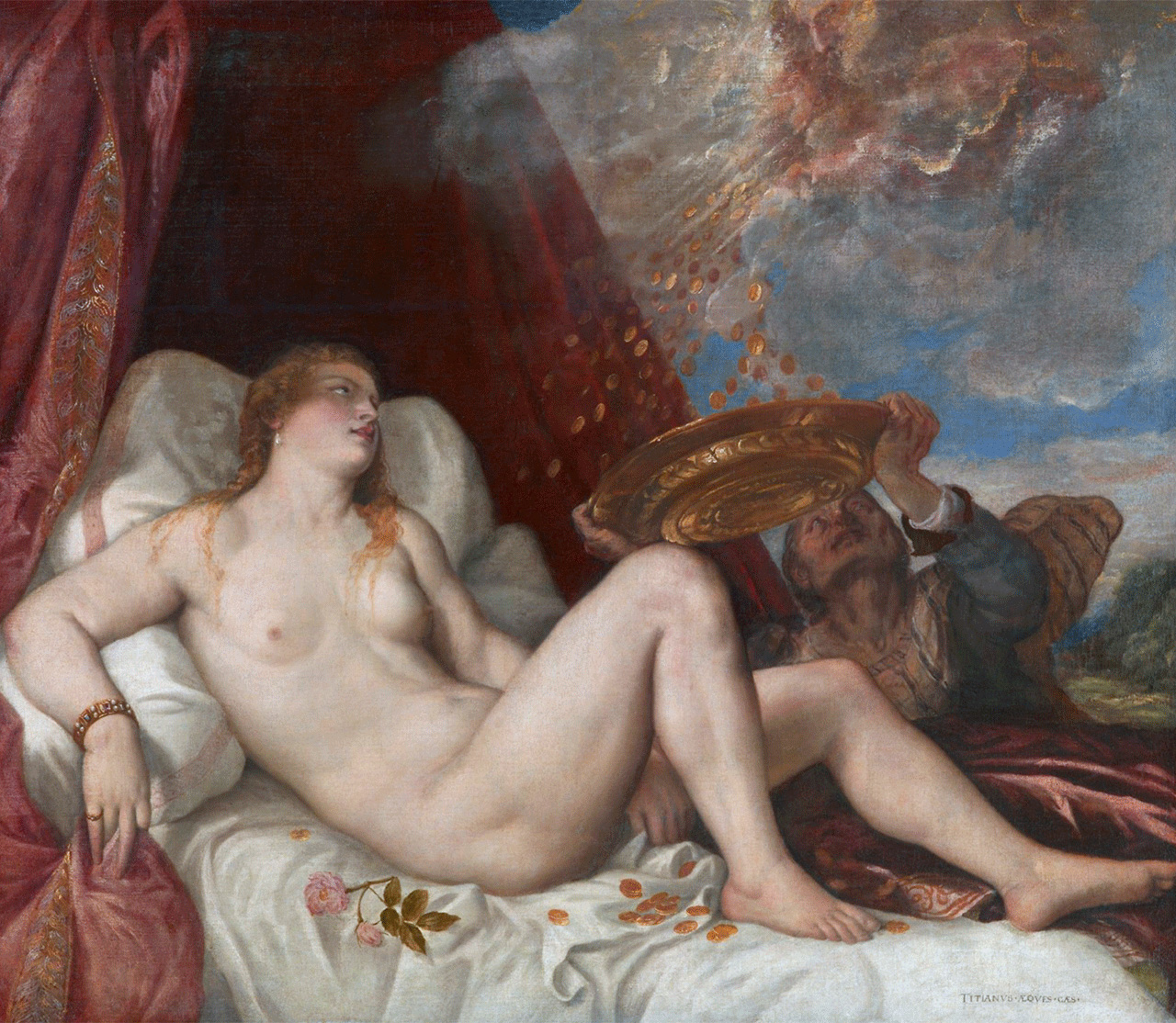 Immaculate Conception or king’s daughter as a harlot?

In 1554 Titian writes to the Hapsburg Philip II of Spain that since he has already painted him a recumbent Danae displaying her fore-parts, this time he will create a variation of the Poesia displaying her rear parts to enhance the chamber in which they are hung. The painting is intended as a wedding present for Philip and Queen Mary I of England.

Titian doesn’t disappoint. A nude Danae reclines on the pillows of her bed, looking expectantly up to the heavens. There, at the top of the painting, you can make out Jupiter’s face in the clouds. A not unwelcome visitor, particularly as Danae has to endure a life in captivity. Her father Acrisius has locked her in a tower to protect her virginity.

At least this is the case in mythology. Titian has her writhing on silk pillows, framed by a red baldachin with golden trim. The walls of a tower are nowhere to be seen; in fact Danae’s luxurious cell seems to hover in an unidentified landscape.

But nothing can deter Jupiter, father of the gods, ever creative when it comes to his amorous escapades. He descends to the king’s beautiful daughter as a shower of gold.