The Duke of Alba

The duke and his allies 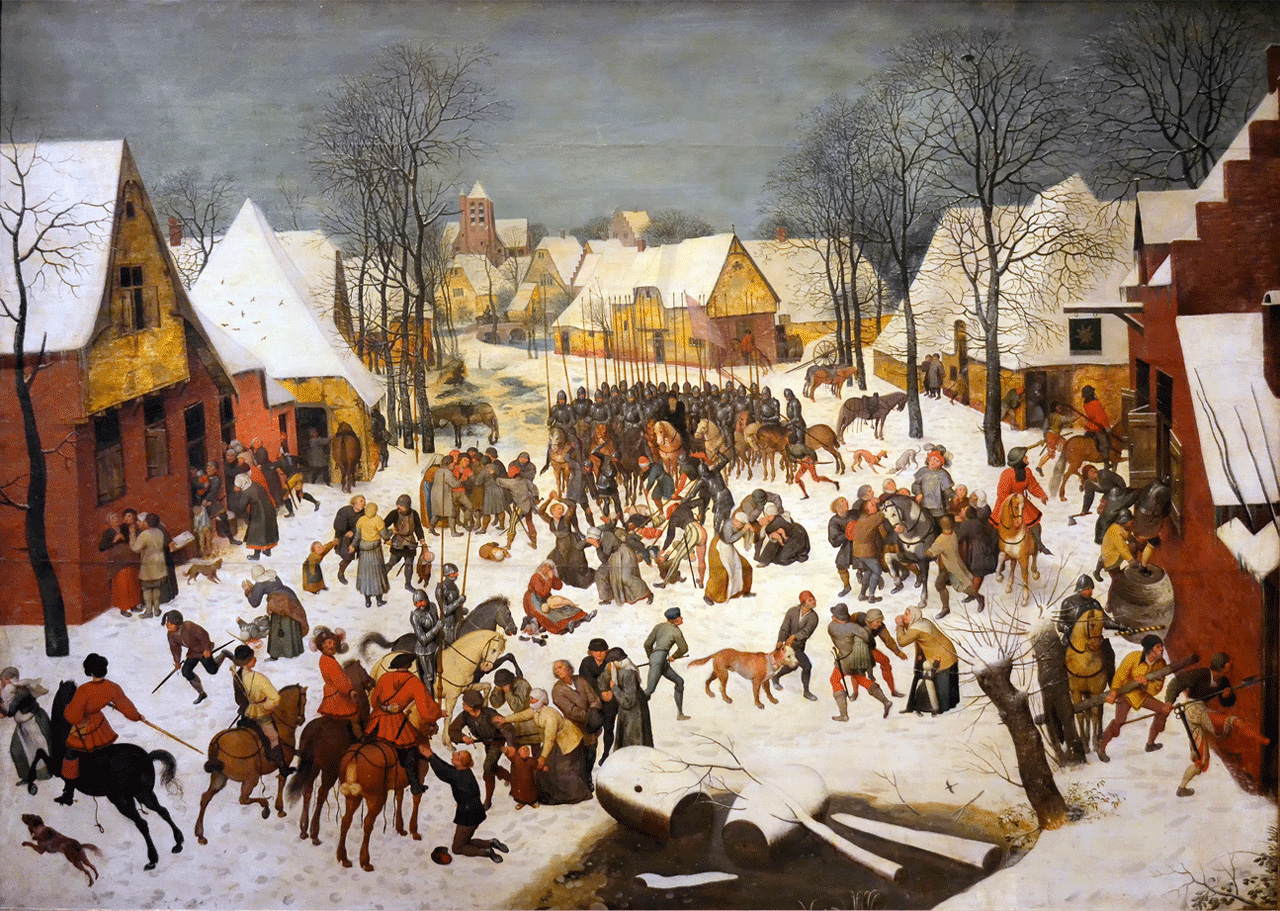 The Massacre of the Innocents

For a long time The Massacre of the Innocents by Pieter Bruegel the Elder at the Kunsthistorisches Museum in Vienna was believed to be an original. Especially since Bruegel’s biographer, Carel van Mander, refers to the painting in 1604 as being in the possession of Hapsburg Emperor Rudolf II.

But the original, as we now know, is in London and at first glance, has even less to do with the infanticide in Bethlehem it is based on than its counterpart in Vienna. Both works show a Flemish village, evidently being subjected to a punitive expedition by the Spanish. The foot soldiers are recognisable as native Flemings. With them are Wallonian mercenaries in red jackets and in the middle of the painting, clad in black armour with long, vertically held pikes, the Spanish troops. The villagers are trying desperately to keep them at bay.

It’s now assumed that the original work was painted over several times, probably for political reasons. At the beginning of the 17th century, before the long journey to its final destination in England, the painting can be found at the court of Emperor Rudolf II in Prague. The portrayal of the slaughter of innocent children is too much for his taste, particularly as he is currently caught up in the wars of Reformation.

So while the marauding soldiers are still actually killing children on the copy in Vienna, the London original just shows them attacking animals and inanimate objects. The high quality Vienna copy, which probably comes from the workshop of Pieter Bruegel the Younger, gives us an idea of how the original in London may once have looked. Comparing the 2 reveals some striking differences.