Ferdinand of Bohemia and Hungary

Ferdinand of Spain and Porutgal 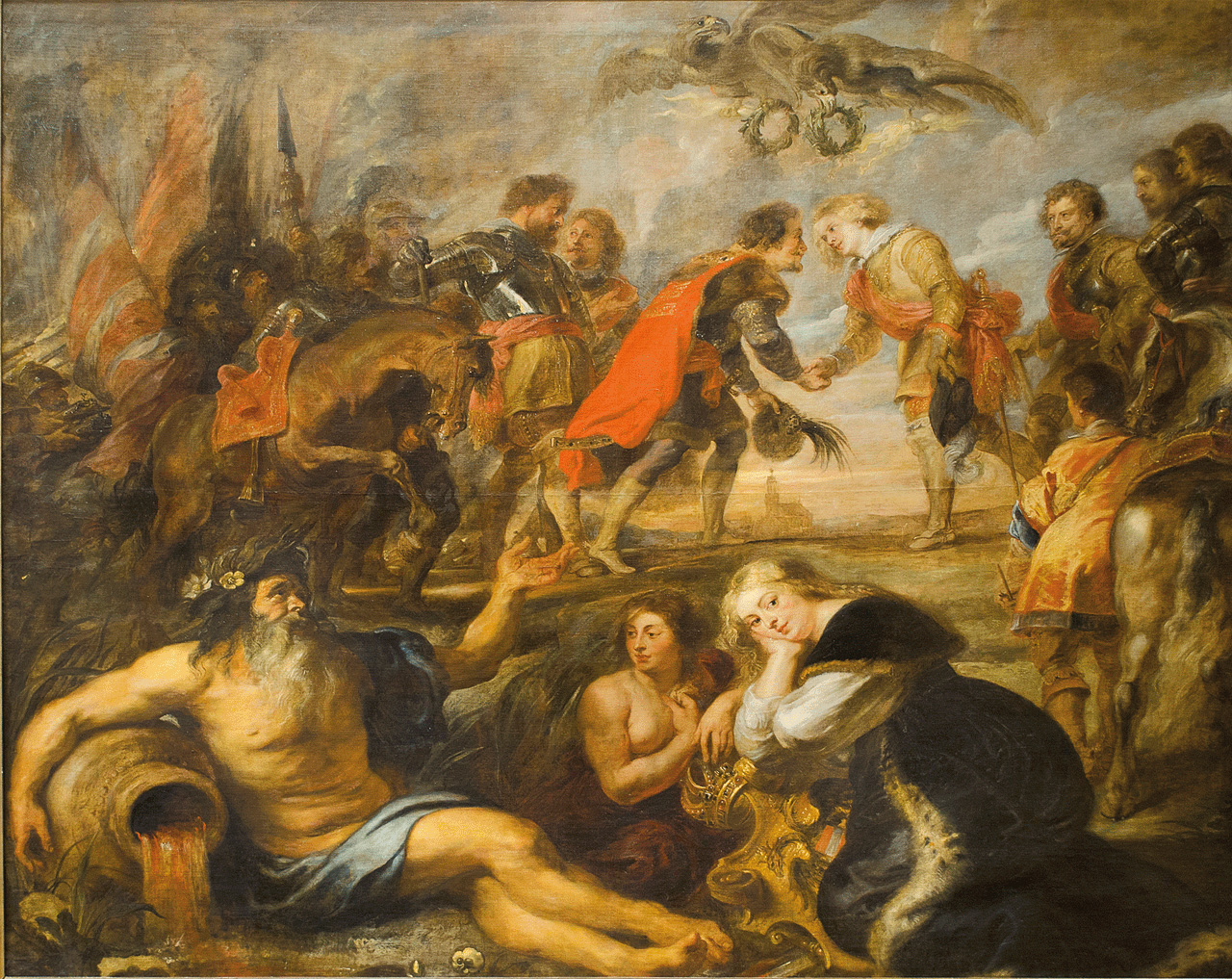 Shaking hands before the bloodbath without a victory?

A sage Danuvius, his hand raised, casts an almost pitiful look at the main characters in this scene. The two in question – Ferdinand of Bohemia and Hungary and his blonde cousin Ferdinand of Spain and Portugal – are unconcerned.

We find ourselves in September of 1634. The two Ferdinands and their generals are meeting on the eve of the Battle of Nördlingen. They are cautiously optimistic. Indeed the Swedes and their Protestant German allies will suffer their first severe defeat in the 30 Years War at the hands of these Catholic Hapsburg troops.

Rubens makes his own comment about this in the bottom half of the painting. Blood streams from the amphora under Danuvius’ right arm, staining the sparse clothing of the nymph beside him. Paris and arum, fatally poisonous plants, grow at the foot of the painting. The Hapsburg crown and shield at Danuvius’ feet are also covered in blood. Below, the cruellest symbol of the Counter-Reformation, a sword.

This work by Rubens forms part of the decorations honouring the arrival of Ferdinand of Spain and Portugal in Antwerp on April 17, 1635. From 1730 on it’s situated in the gallery of the Kunsthistorisches Museum in Vienna.