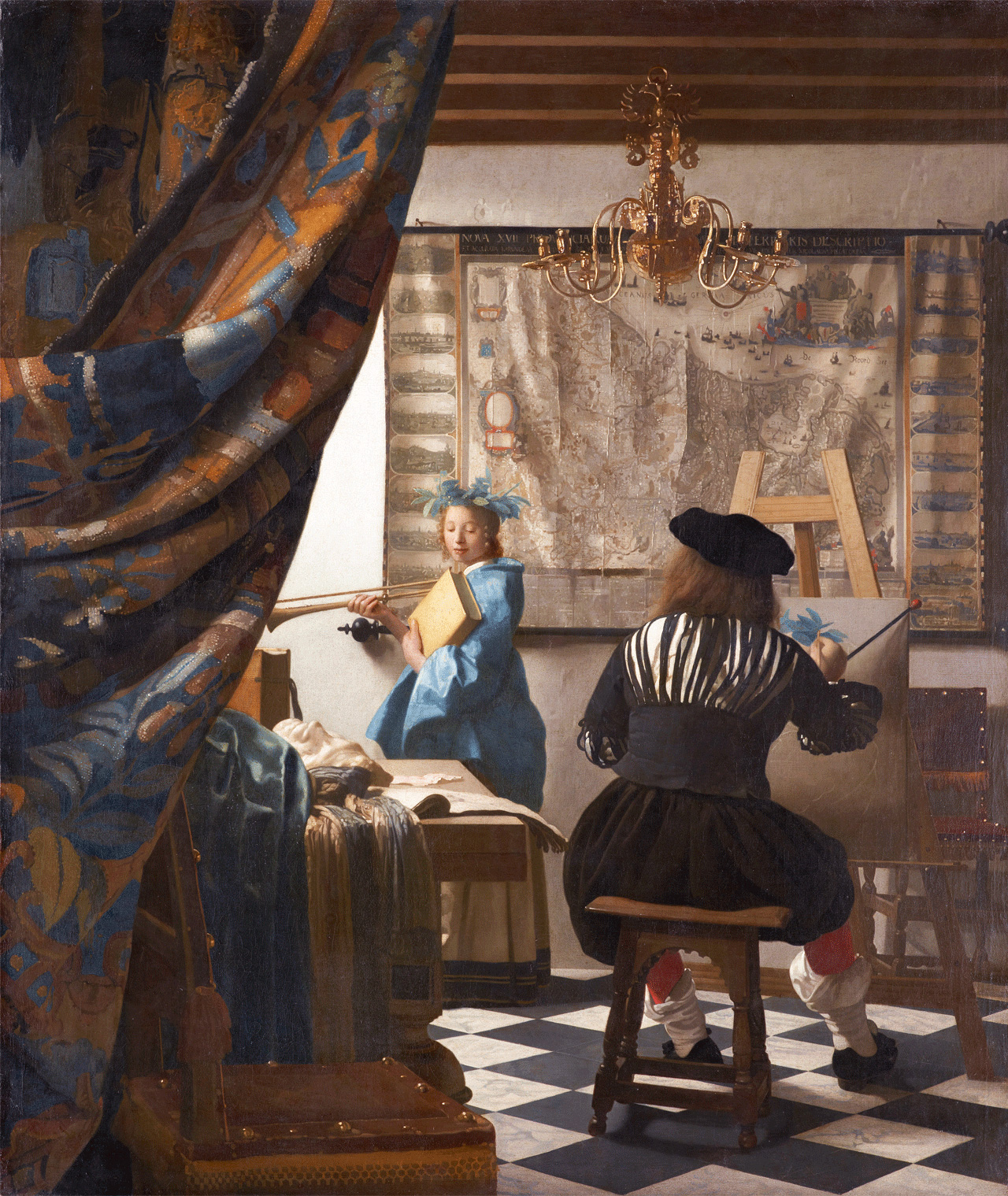 Painting as a historical statement

The artist is seated with his back to us in the middle of his studio. He is dressed more elegantly than your average painter and has just started to work. On the canvas we can make out the laurel wreath the model is wearing on her head. The model, a young woman in a voluminous blue dress, seems a little blinded by the daylight which shines in at an angle.

A heavy velvet curtain dominates the left side of the picture, pulled across just enough to allow us a view of the oak table. Upon it we find, ‘randomly’ strewn, a book, a mask, a sketchbook and some material.

But Vermeer has left nothing to chance. The piece can be understood - and normally is - as an allegory of painting and other art forms. But it can equally be interpreted as a historical statement. Take a look at the map of the 17 provinces of the Netherlands before their separation into north and south and the chandelier with the two-headed eagle of the Hapsburgs. Notice how the model is dressed as Clio, muse of history. Is Vermeer referring to contemporary political events?

He would have good reason to. The artist from Delft is painting this picture in 1670 as disaster is about to strike his homeland, the Dutch Republic. In 2 years’ time, England, France, Cologne and Münster will declare war on the Netherlands and bring about the end of the Dutch Golden Age (around a century of political, economical and cultural growth).