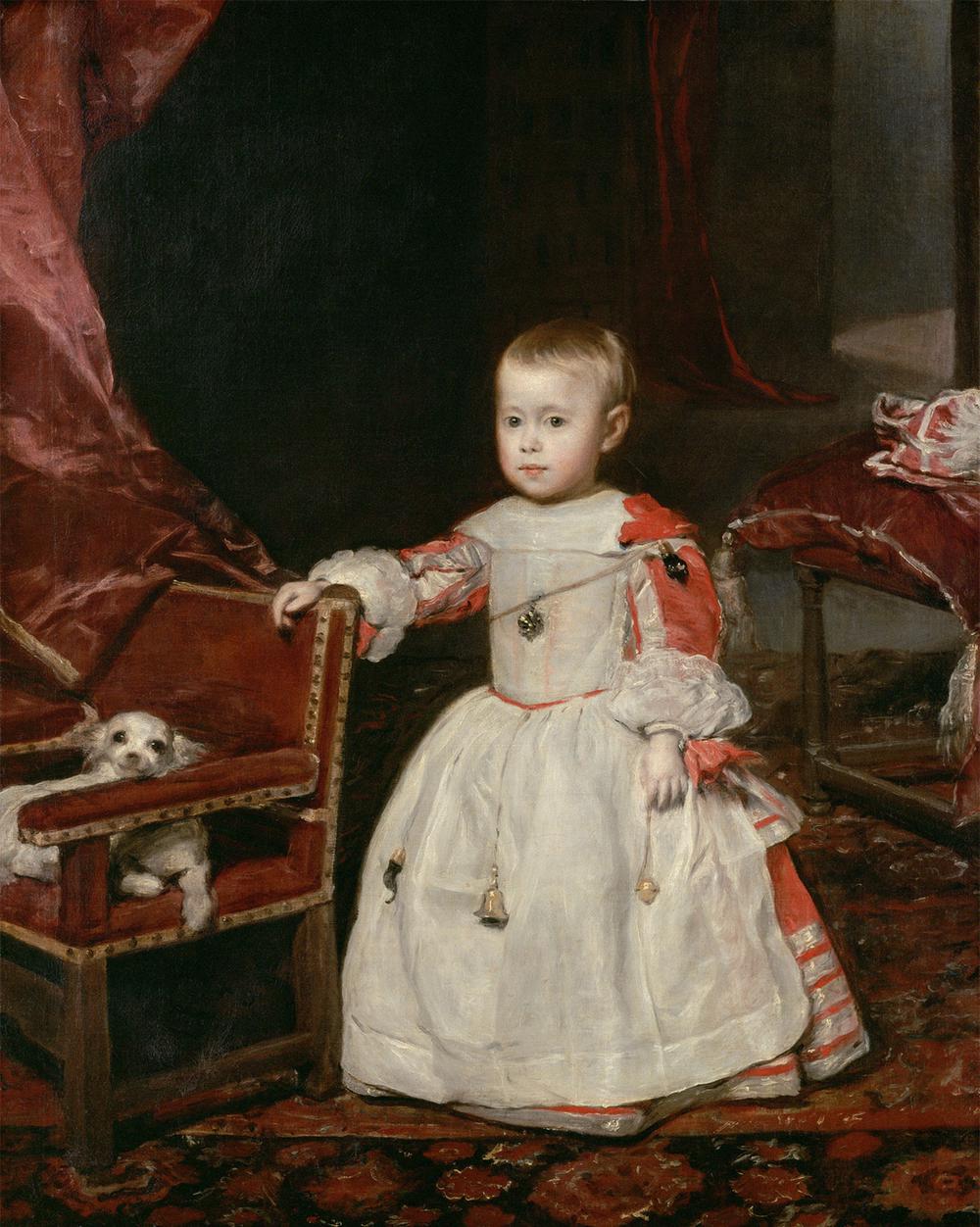 The beginning of the end for the Hapsburgs

Diego Velázquez's famous portrait of the Spanish Infante Philip Prospero shows the contradictory existence of the Hapsburgs to its full extent: an empire of rulers by divine right, with centuries of inbreeding catching up with them.

Philip’s father, Philip IV of Spain, is a syphilitic who weds his 15 year old niece in his second marriage. The son, pictured here in a portrait which follows all the rules of court propriety, is in extremely poor health. He suffers from epilepsy and scrofula, a skin disease. Young Philip dies shortly before his fourth birthday and a few days before the birth of his brother who ascends the Spanish throne as Charles II in 1655.

Charles also displays clear signs of degeneration (while a person in the fifth generation normally has over 32 different ancestors, he has only 10). His marries twice but both matches are childless. When Charles II dies on November 1, 1700 the Spanish Hapsburg line dies with him.

This portrait of Philip Prospero by Diego Velázquez is the only representation we have of the Infante and has been at the Kunsthistorisches Museum in Vienna since 1891.