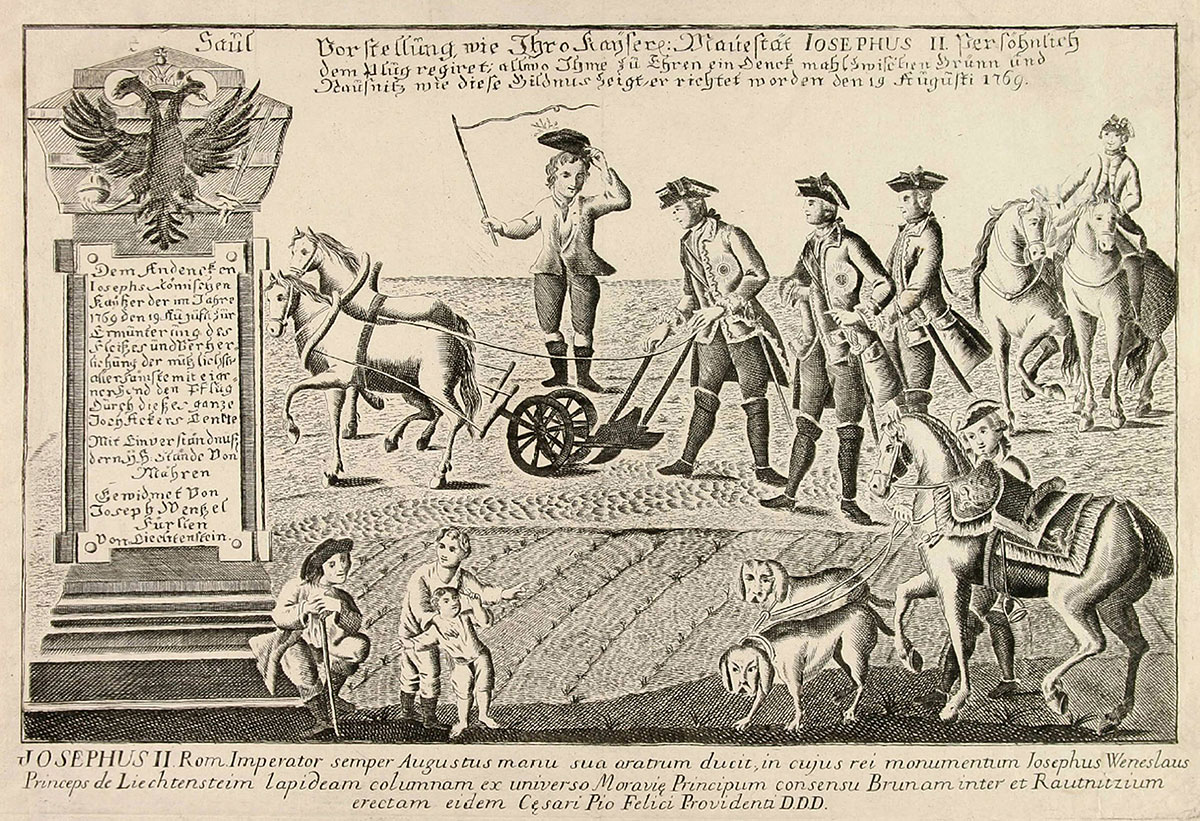 It was something special for a Habsburg regent to take up a plough. Joseph II is supposed to have used a stopover in Slavikovice on August 19, 1769 to plough a field by hand. The plough soon ended up in the Moravian museum in Brno (a replica is on display at the Vienna Technical Museum), a total of five monuments were erected on the field and numerous medals, paintings, bank notes and postcards featuring Joseph with the plough were produced. The image is often used in reference to the abolishment of serfdom.