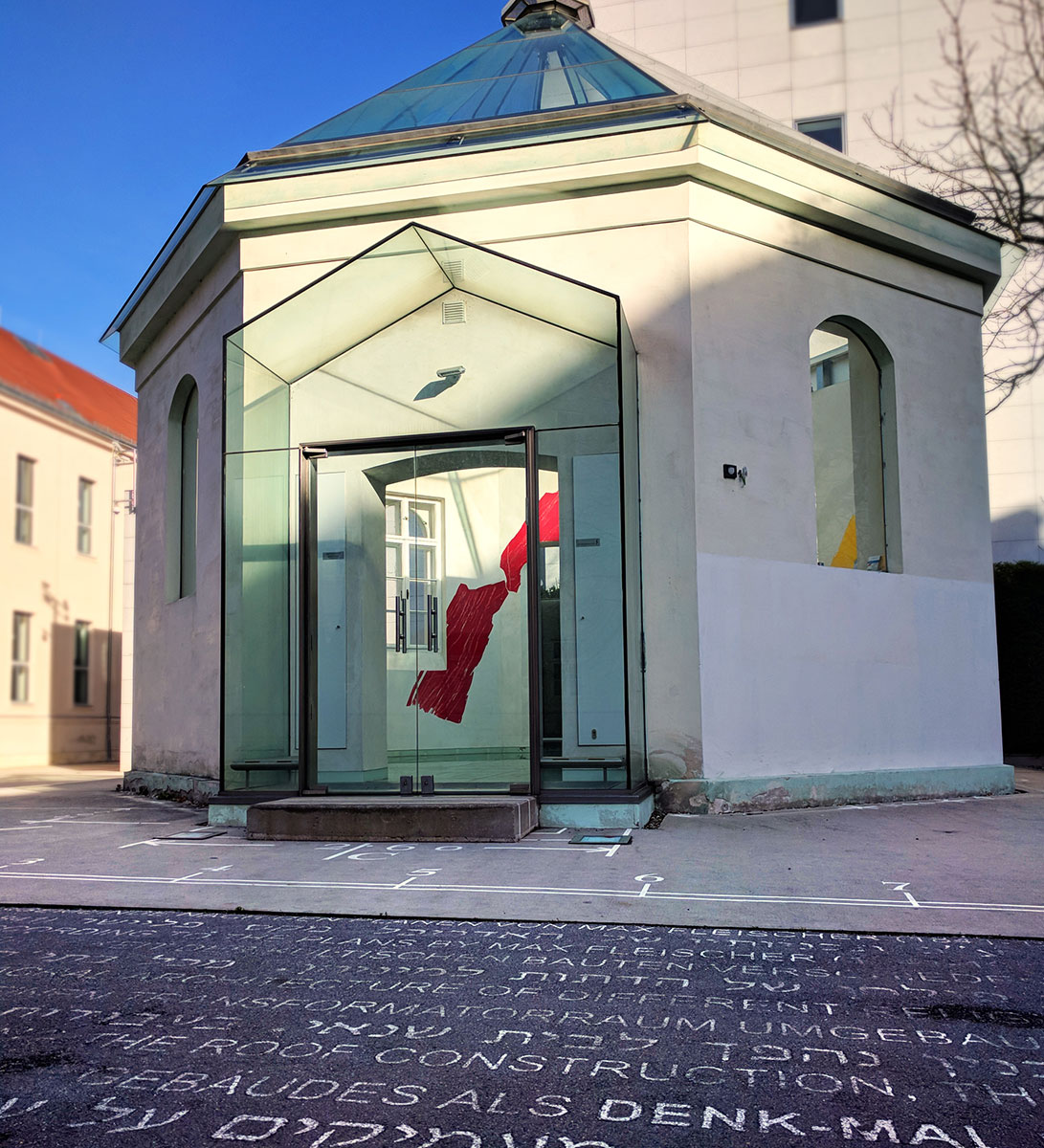 The Marpe Lanefesch (Hebrew for ‘healing of the soul’) memorial was opened in 2005 as a central place of remembrance at Vienna University. The artist Minna Antova redesigned the former hospital synagogue in 1998 after the building had been used as an electrical transformer room for the General Hospital for nearly 50 years.

In 1903 Max Fleischer (1841-1905) built the synagogue at the General Hospital for patients of the Jewish faith. Desecrated in the Nazi era, but not demolished, the building was used as a transformer station in the 1950s and its interior gutted. Following the structural modernisation of the transformer in the 1970s, the exterior of the former synagogue was fundamentally altered as well.

When the old General Hospital was converted into a campus, Vienna University took up Minna Antova’s concept of redesigning the building as a place of remembrance. An international conference at the end of 1999 favoured this idea over original plans by the renovating architects to create spaces for the monotheistic world religions. This would have meant reactivating the synagogue and building a small mosque and Orthodox church. The old hospital chapel would serve the Catholic faith.