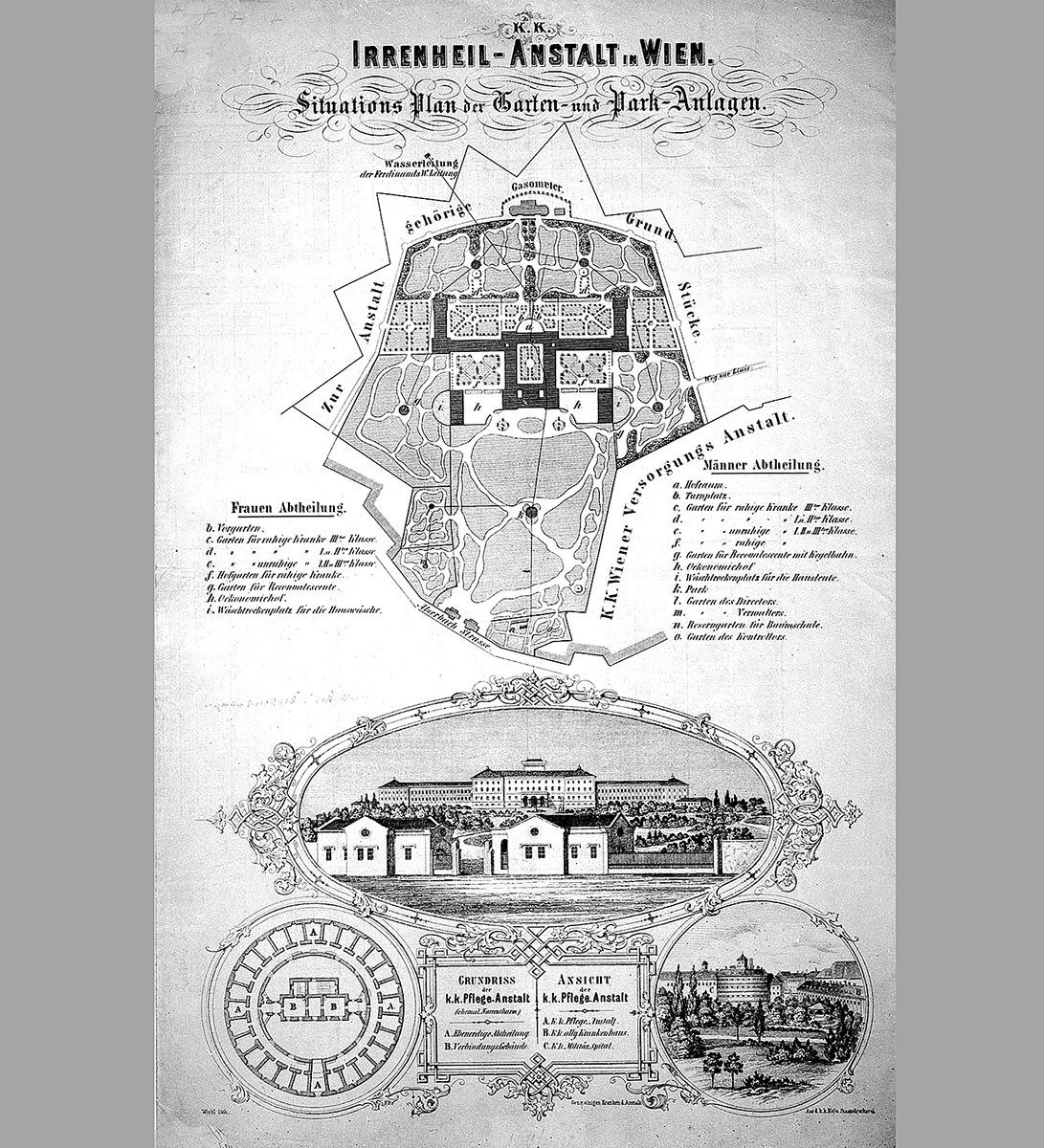 The Fools’ Tower as project space

From the beginning, ‘calm, curable and clean patients’ were housed in the nearby lazaret, from 1803 the ‘raving and unclean’ were mainly kept in the ‘Fools’ Tower’. It was replaced in 1853 by the new k.k. Irren- Heil- und Pflege-Anstalt (Imperial and Royal Mental Institution) in Bründlfeld, where the new General Hospital now stands. But despite its shortcomings, patients continued to be housed in the ‘Fools’ Tower’ until 1869, from which time the building was no longer used for its original purpose.

From 1870 the tower was used for storage, workshops and dwellings for non-medical staff. From 1920, it also provided rooms for secular nurses and doctors. In 1971, the old Collection of Anatomical Pathology found a new home in some of the cells and since 1974 the Federal Museum has filled the rest of the tower.

The ‘Fools’ Tower’ has belonged to Vienna University since the old General Hospital was donated in 1988. The collection it houses has belonged to the Natural History Museum since 2012.

The tower is still intriguing as a space for the most diverse projects. There have been plans to create dwellings for professors, a research centre, museums (such as a madness museum, a ‘tower of power’ or a museum of itself and a synopticum – a room for creative processes with a museum, thought chambers and catering. But a children’s day care centre as well as a restaurant with an open-air stage have also been considered.

In 2012, plans were scrapped to consolidate the 14 on-campus libraries into one central library within the tower, with large underground depots.