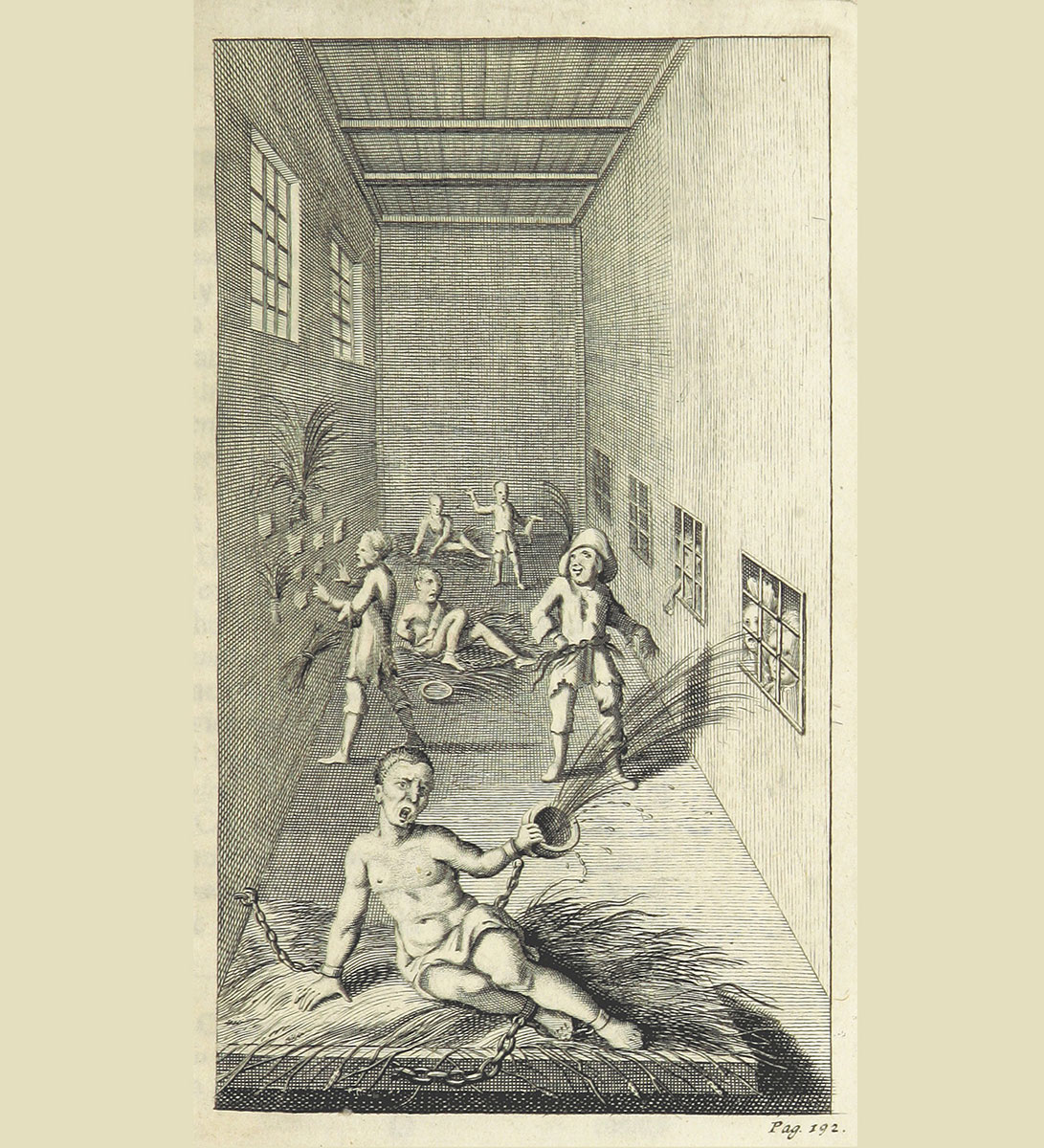 From the possessed to the mentally ill

The building of the ‘Fools’ Tower’ represented an important advancement for the period. For the first time, the mad were seen as sick rather than ‘possessed’ and were no longer put on display for public amusement.

But their medical care remained inadequate. It was not until 30 years after the first patients moved in, in 1817, that a head doctor was appointed. Until then the ‘inmates’ were cared for sporadically by some of the younger doctors from the General Hospital. For a long time their main goal was pacification and treatments such as diets, occasional bloodletting, laxatives, cold showers, ice water enemas and hydrotherapy were basic.

The water required had to be fetched from the hospital water fountains, usually by calmer patients who were not locked away and who occupied the lower levels of the tower. It was decades after the tower was built that a water fountain first appeared in the courtyard.

Calmer patients were allowed an hour’s stroll under supervision. In 1796, a walled garden was laid ‘just for the lunatics’, where they could be shielded but also shut away from prying eyes. Some cells were equipped with floor rings and iron chains to restrain and pacify the ‘raving mad’.

Image caption: Psychiatric patients, some chained up on straw, throwing excrement, displayed for the amusement of the crowd.
Image from “A Tale of a Tub” by William Wotton, 1710, British Library, HMNTS 1077.g.2
Photo © public domain