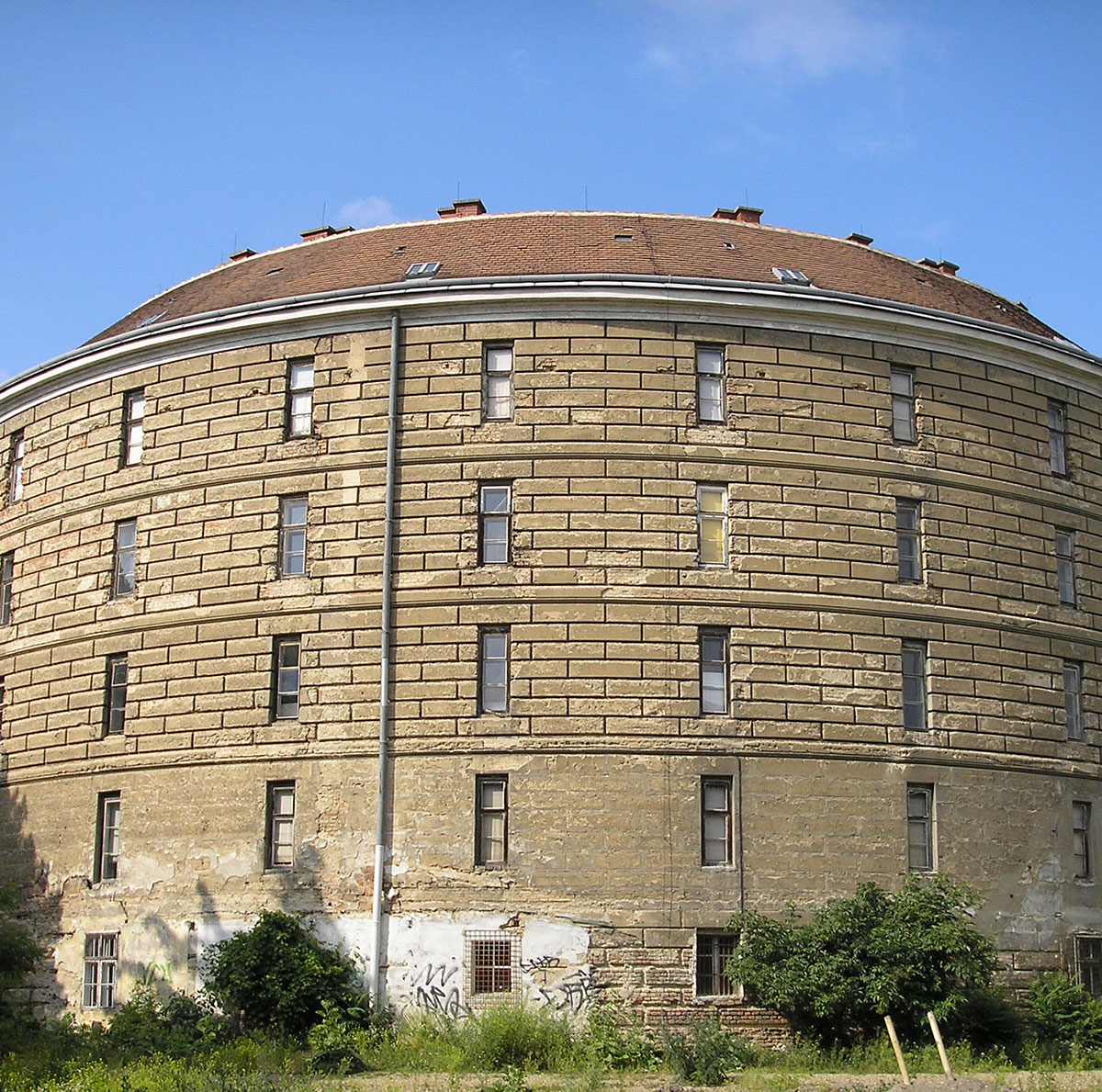 The ‘Fools’ Tower’ - also called the ‘madhouse’ or ‘Emperor Joseph’s Gugelhupf’ (a round cake) - was opened on April 19, 1784 as the world’s first purpose-built housing and medical care facility for the mentally ill.

This fortress-like, round structure was the only new building of the General Hospital, ordered by Joseph II. It. Built on an artificial elevation, the Fools’ Tower forms the end of the main axis and is the highest point of the hospital site. It combines the architecture of the civilian and military hospitals.

The plans by Joseph II, hospital director Josef Quarin (1733-1814) and court architect Isidore Canevale (1730-1786) were realised by master builder Josef Gerl (1734-1798) in the form of a five-floor, cylindrical building with a connecting tract in the inner courtyard. It is more like a prison than a sanatorium, with the Latin hexameter above the entrance that reads, “HIC LOCUS EST UBI MORS GAUDET SUCCERRERE VITAE” (“Here is the place where death is happy to come to the aid of life”.

The building housed 139 single cells with barred, slit windows. There are 28 ‘containers for lunatics’ on each floor in rows that go on and on. The huge, mounted wooden doors with bars were added some time after the facility opened. ‘Calm lunatics’ were sometimes permitted to move about the circular walkways in front of the cells, since the only way out was a single stairway that could only be accessed through the guards’ rooms. In this way many patients could be guarded, or rather stored, by a small staff.